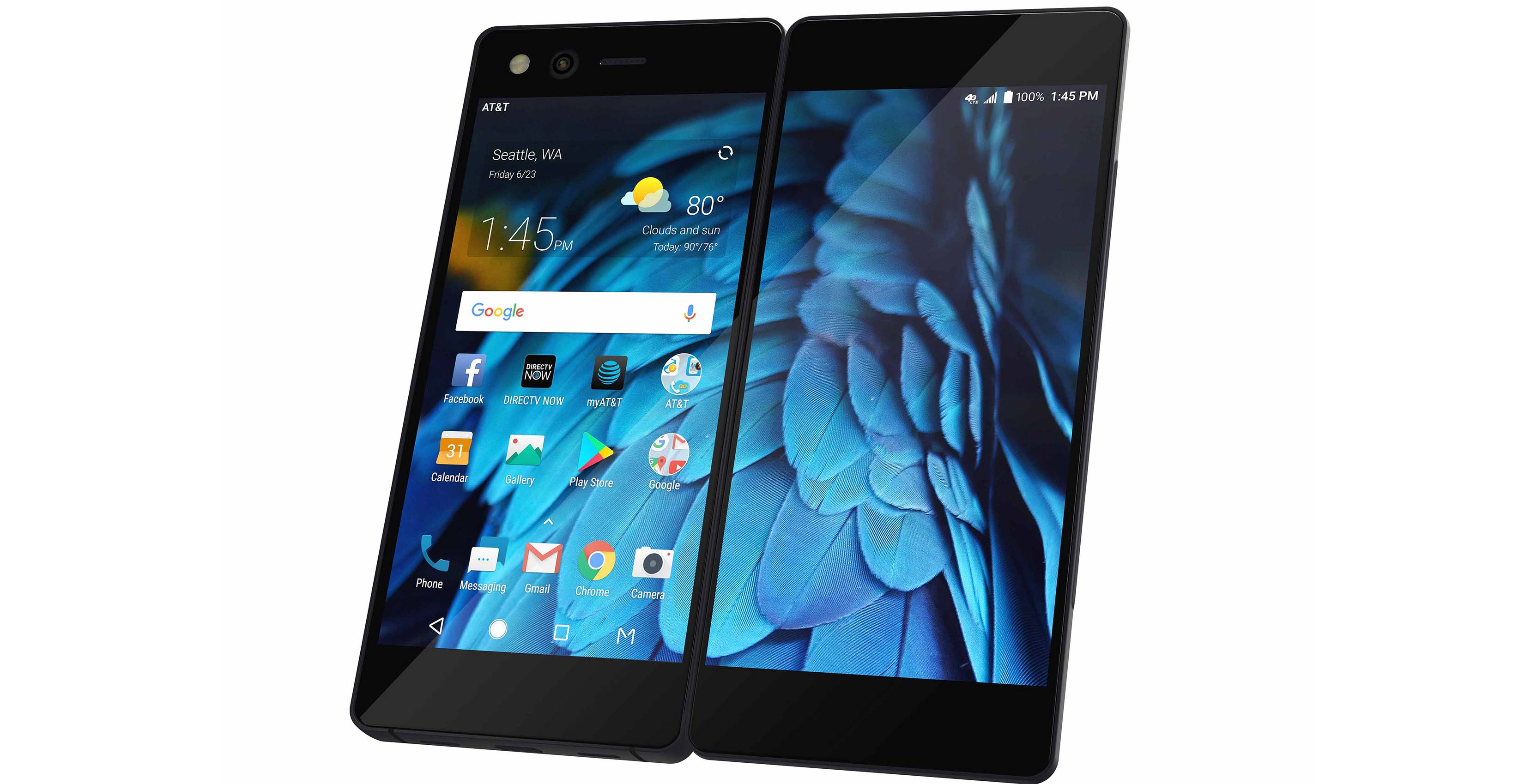 Rumours surrounding the ZTE Axon M have been circulating for months and now we finally have more information about the device.

Though we at MobileSyrup have yet to get hands-on time with the ZTE Axon M, here’s everything we know about the dual-display smartphone so far.

The M’s hinge allows users to flip the rear screen forward in order to make both displays sit side-by-side, turning the screen into a single longer 6.7-inch screen, connected by a hinge.

The ZTE Axon M runs its ZTE skin on top of Android 7.11 Nougat, which has been modified to work with the device’s two screens.

The smartphone utilizes four different modes. For one, it functions as a standard smartphone in ‘Traditional Mode.’ Next, the two screens are able to copy one another with ‘Mimic Mode,’ which is good for when the device is in tent mode, allowing two people to look at the same content.

The ZTE Axon M’s display can also be made larger with ‘Extended Mode,’ essentially turning the device into a small tablet. When set to this mode, apps function in the same way they would when running on an Android tablet, though there is a black bezel present that constantly reminds you there are two displays and not just one. According to ZTE, the company has made an effort to ensure the top 100 Android apps work on the Axon M in Extended Mode.

Additionally device can use a dual-screen function called ‘Dual Mode,’ which allows users to utilize two separate apps at the same time. This functionality even allows for two videos to stream simultaneously.

Lastly the ZTE Axon M’s front-facing selfie camera measures in at 20-megapixels, However, due to the smartphone’s dual display, users can simply flip the display into tend mode in order to utilize one screen as a viewfinder, while the other snaps the picture.