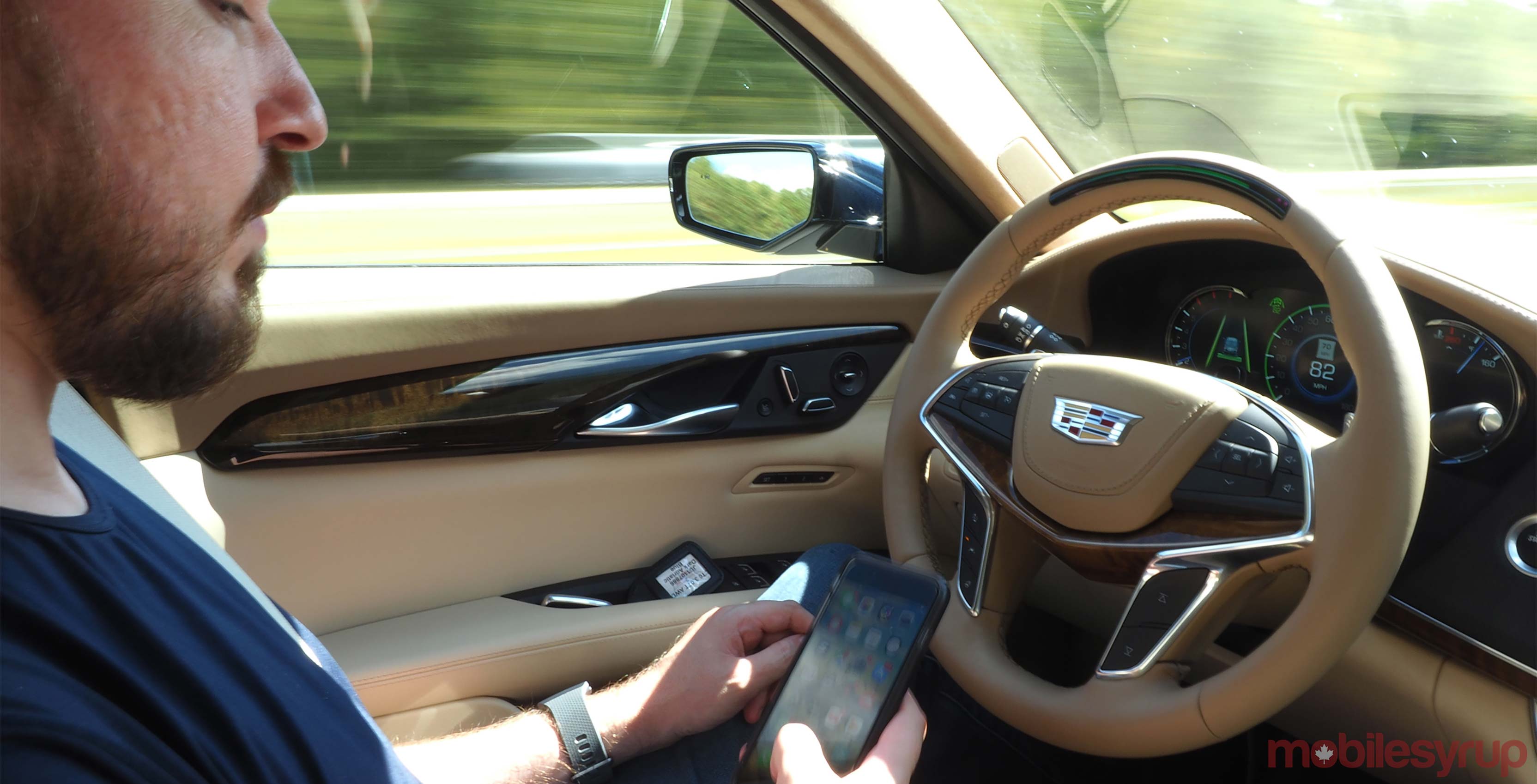 Media headlines abound over the onset of autonomous driving technology, and how ubiquitous self-driving cars will become in the near future. A long road trip with Cadillac’s new Super Cruise hands-free system makes a strong case that the timeline isn’t far off.

We’re not quite at advanced artificial intelligence that will navigate and traverse roadways with human-like precision, but what Cadillac has done here is no less foundational as a Level 2 autonomous driving technology.

Debuting on the CT6, Super Cruise will come included on the Platinum trim and be part of a $5,750 upgrade for the Premium Luxury trim. It will be imminently available in Canada, and is going to be scalable in that new or altered roads will be updated to keep the system current and efficient.

I had the opportunity to go hands-on (or is that hands-off?) with Super Cruise driving from Memphis, Tennessee to Dallas, Texas to gauge how smart it truly is.

Super Cruise is built on multiple layers in order to keep it working the way it’s been designed. It is limited to highways and freeways in Canada, the United States and Mexico. Those roads must be limited access and separated from opposite traffic, so anything that may have traffic lights or crosswalks won’t apply.

The system isn’t meant for city driving, and only works on highways that have been mapped and covered by GM. This is a combination of both GPS and LiDAR mapping, along with actual physical coverage the company has done with its own vehicles. This way, the company would know when construction has altered a road at a specific point.

All told, 160,000 miles (257,000 kilometres) have been mapped. An upcoming Super Cruise website will include a map indicating the extent of the coverage, which will help customers visualize where the system will work. 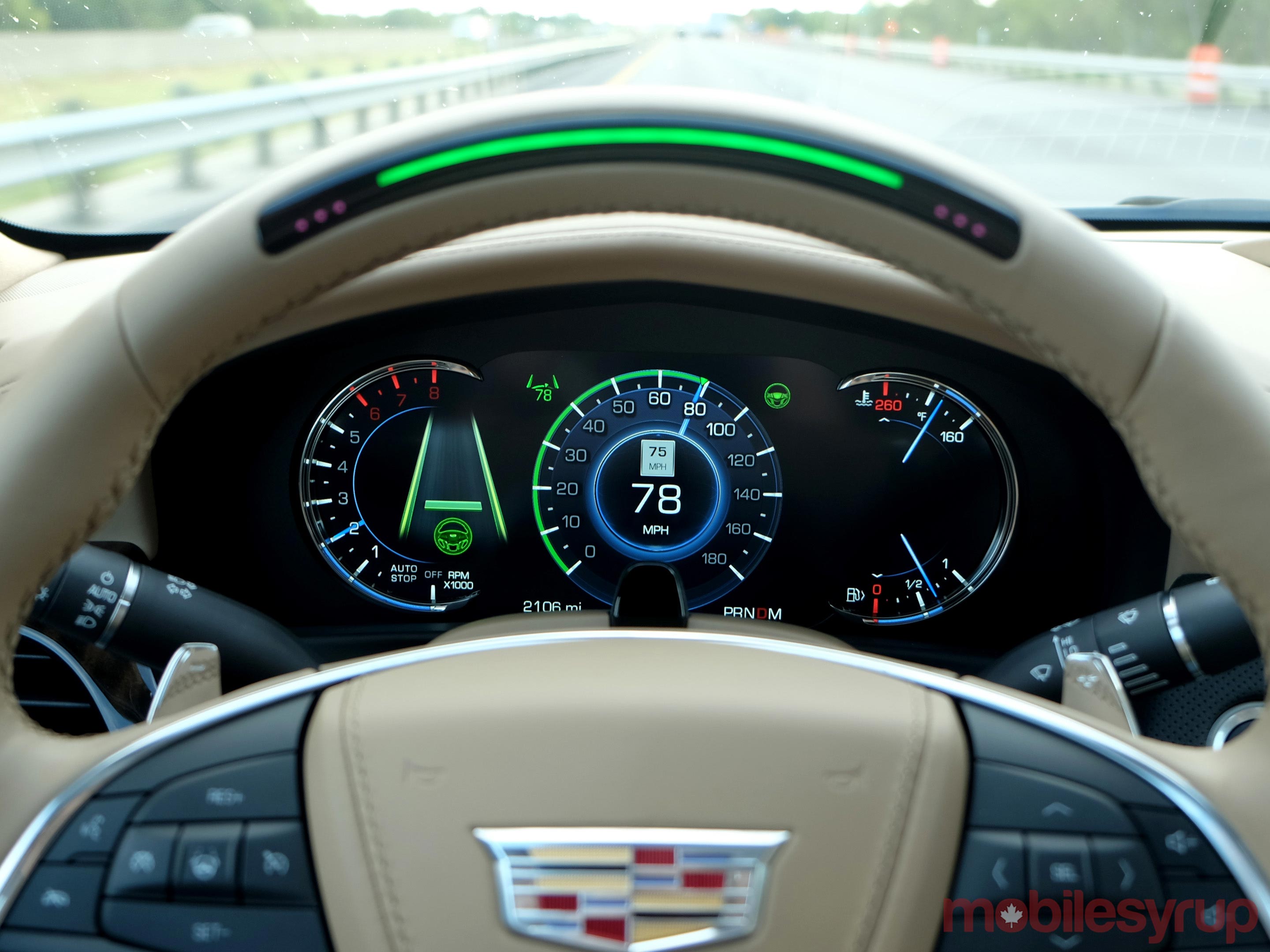 It uses cameras and radar sensors to detect vehicles in front, including another camera facing the driver to ensure eyes are facing the windshield. It also uses a 360-degree view as a redundancy to maintain accuracy. Infrared lights on the steering wheel illuminate the driver’s face when it’s dark to make sure camera never loses focus.

Lane markings are critical to maintaining the system’s compliance, and there are caveats to that, which I’ll explain later. Adaptive Cruise Control is the underlying base Super Cruise rests on because it takes the same premise, yet automates it by removing the need for manual steering.

The Forward Collision System helps avoid contact with vehicles in front, and also helps form the backbone for Super Cruise. While the CT6 has sensors for lane guidance and avoiding side collisions, the car won’t change lanes on its own, and can’t see cars that are in the process of merging ahead at close distances.

Engineers designed Super Cruise to be elective, but not omnipresent. For example, drivers can’t turn it on when driving on an unsupported road. The feature simply won’t be available to toggle on.

When it is available, the grey icon appears on the top right of the digital cluster behind the steering wheel. Pressing the dedicated button on the wheel controls turns it to green, where the autopilot takes over. Adaptive cruise control speed buttons adjust the car’s top speed, staying in the flow of traffic throughout.

It won’t go faster than 85mph (137km/h), and will first engage at 15mph (24km/h). Once engaged, however, it can drop down to zero, making it entirely functional in gridlock stop-and-go traffic on the highway.

Pressing the button reverts back to manual steering, but maintains cruise control. Pressing the gas or brake then removes that, putting the driver in total control.

An LED strip at the top of the wheel acts as a visual indicator. Green means Super Cruise is activated and working. Blue will light up in cases where some manual control is in process, like changing lanes or handling a sharper bend for added safety, for instance. Once back in a lane, it turns green again and carries on.

A red light will also vibrate the wheel and audibly beep to force manual override. This happened to me in some random instances on the Interstate 40 and 30 through Arkansas and Texas, which I later learned was likely due to recent changes from construction. Certain construction zones where lanes weren’t clearly marked also knocked out the system.

Having never piloted an aircraft, I can’t be sure, but I suspect Super Cruise is analogous to autopilot on a plane. Never before had I lounged so nonchalantly in the driver’s seat.

At first, the feeling out process was a little stress-inducing. I couldn’t help the compulsion to reach for the wheel within the first 20 minutes. Once that initial trepidation passed, my trust in the system grew considerably. I, and the fellow journalist I drove with, let the vehicle drive for close to an hour on its own, at one point.

I could sip water gingerly. I could snack on something with ease. And perhaps unfortunately, I could indulge in my smartphone. I wouldn’t advocate such behaviour, but Super Cruise did make it easier to do it.

Granted, the camera is always searching for eyes looking ahead, so staring down at a phone screen for longer than five seconds triggers a flashing green light that turns red, forcing manual control. 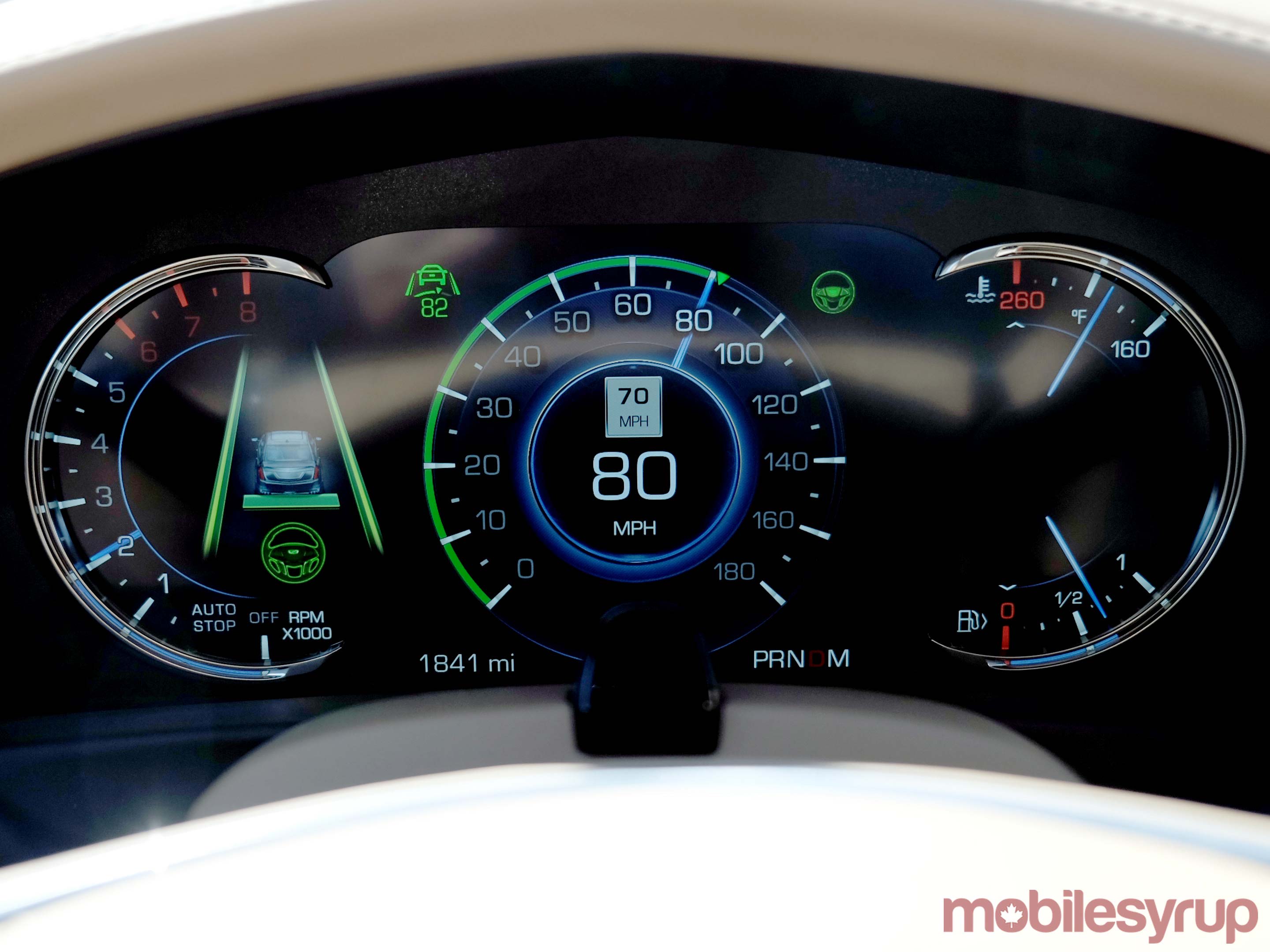 The issue is the room for improvisation. The camera is looking for the driver’s eyes, but doesn’t look for an unobstructed windshield. Under such a scenario, it would be possible to put a phone or tablet on the glass or dash in front and stream a movie or sporting event. It sounds ridiculous, but it would actually work.

So, what if the driver doesn’t take over after the red light? It will slow the car down to an eventual stop with four-way flashers on, and make a call to OnStar to communicate with the driver or call emergency response. Stopping in a lane on the highway is already inherently dangerous, but without any way to automatically pull over, it’s the best GM can do.

It does also depend on the highway or lane you’re driving in. The right lane on the Interstate 30 approaching Dallas didn’t have lines for merging into off ramps, so the system kept turning red every time I passed one. If I was in one of the other lanes, that wouldn’t happen. That sort of disconnect will apply to any supported highway with similar markings, or lack thereof.

Test driving Super Cruise in gorgeous sunny conditions made it easy to see the best of it. If it was raining heavily or snowing, it might’ve been a different story. Cadillac reps did confirm that snowstorm conditions with obstructed lane markings would nullify the system. Same with heavy rain.

Glare from a rising or setting sun might also confuse the sensors or camera too, though I didn’t experience that. Clear night driving would be fine because the headlights could illuminate and reflect the lanes.

Without testing it in these conditions, it’s hard to gauge the true limits. Wearing sunglasses can also affect how the front-facing camera recognizes a driver’s face. Cadillac says that 30 per cent of sunglasses have infrared filtering, so it relies on head tracking as an alternative in those cases.

Being attentive is important, regardless of the circumstances, not only because it’s a moving vehicle, but also for the variables involved. A vehicle ahead merging far enough won’t confuse Super Cruise, whereas it won’t pick up a vehicle merging closer until it sees all of it in the same lane ahead. It may not always pick up cars that veer too close on either side, either. All of these cases came up for me, requiring intervention.

Straight lines are great, yet Super Cruise was even more impressive in how it handled bends. Stop-and-go traffic automation alone would help reduce stress, in my opinion. Long, boring drives suddenly wouldn’t feel like a tiring chore.

Ongoing support will be crucial to the system’s longevity and viability, and since GM is likely to expand it to other models, there is serious potential here. Tesla’s Autopilot may be a more aggressive take on this, while Nissan’s upcoming semi-autonomous ProPilot Assist may be more cautious. Cadillac is in the middle, albeit with a solid head start on most others in the industry thus far.

Like any automotive technology, a feature like this will inevitably filter down to other GM brands, like Chevrolet, Buick and GMC. Once it does, it hits critical mass, and then it will be interesting to see how driver habits might change.