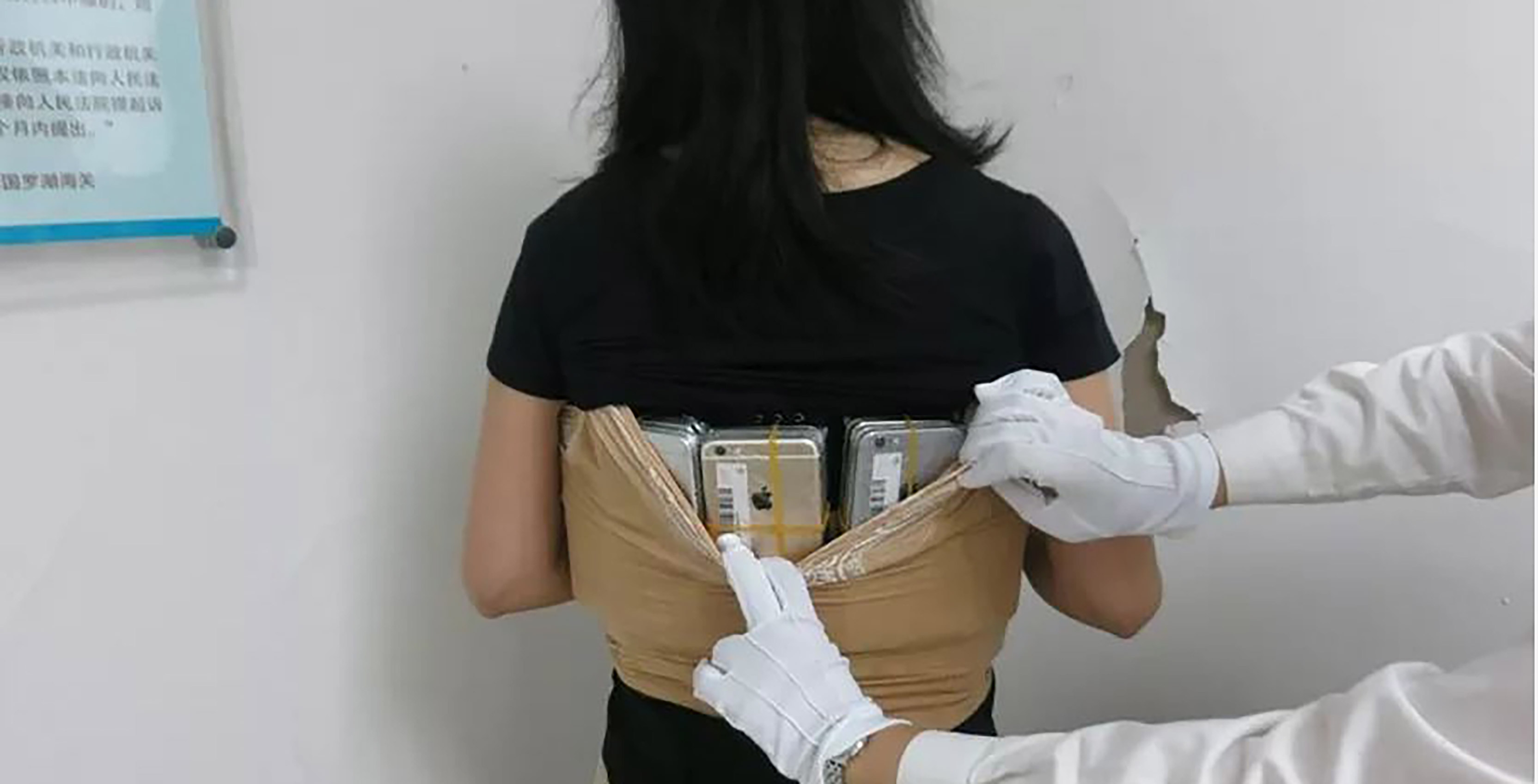 A determined and quite resourceful smuggler has been caught by custom officials with 102 iPhones strapped to her body on a flight travelling from Hong Kong to mainland China, according to 9to5Mac.

The woman has been named the “female Iron Man” by local press, XMNN. She was caught after officials in Guangdong province city Shenzhen noticed suspicious bulges and pulled her aside for a search. Additionally, the woman was wearing more clothing than what’s typical for the hot weather in the region.

After pulling the woman aside, they found 102 iPhone devices and 15 luxury watches, all weighing  about 44lbs.

iPhone smartphones are cheaper in Hong Kong than they are in mainland China, making the business of smuggling very profitable.

Though 102 iPhones might seem like a significant number of devices, back in 2015 a man attempted to smuggle 146 iPhones.

Related reading: Back in June, a South Korean Samsung employee was arrested for stealing 8,474 smartphones.

Here’s how the Note 8 compares to the Essential Phone, LG G6 and iPhone 7 Plus