It’s a sunny June day in Burnaby, British Columbia, and several men in suits are standing clustered on the roof of an office building, speaking in excited tones and looking reverently at a nondescript antenna near the edge.

The antenna, though unassuming, holds a great deal of historical significance in the world of 5G research and development.

It’s Huawei and Telus’ first multi-point deployment of 5G wireless tech based on the emerging global standard — meaning it comes closer than ever before to approximating a real-world situation, distributing the connection over multiple points rather than just sender-to-receiver.

During a demonstration of the antenna’s capabilities the next day, four different sites — one providing 4K streaming content, another powering a Vntana hologram, a third enabling multiplayer VR and a fourth showcasing a smart home — were receiving simultaneous, stable multi-gigabit per second connections. 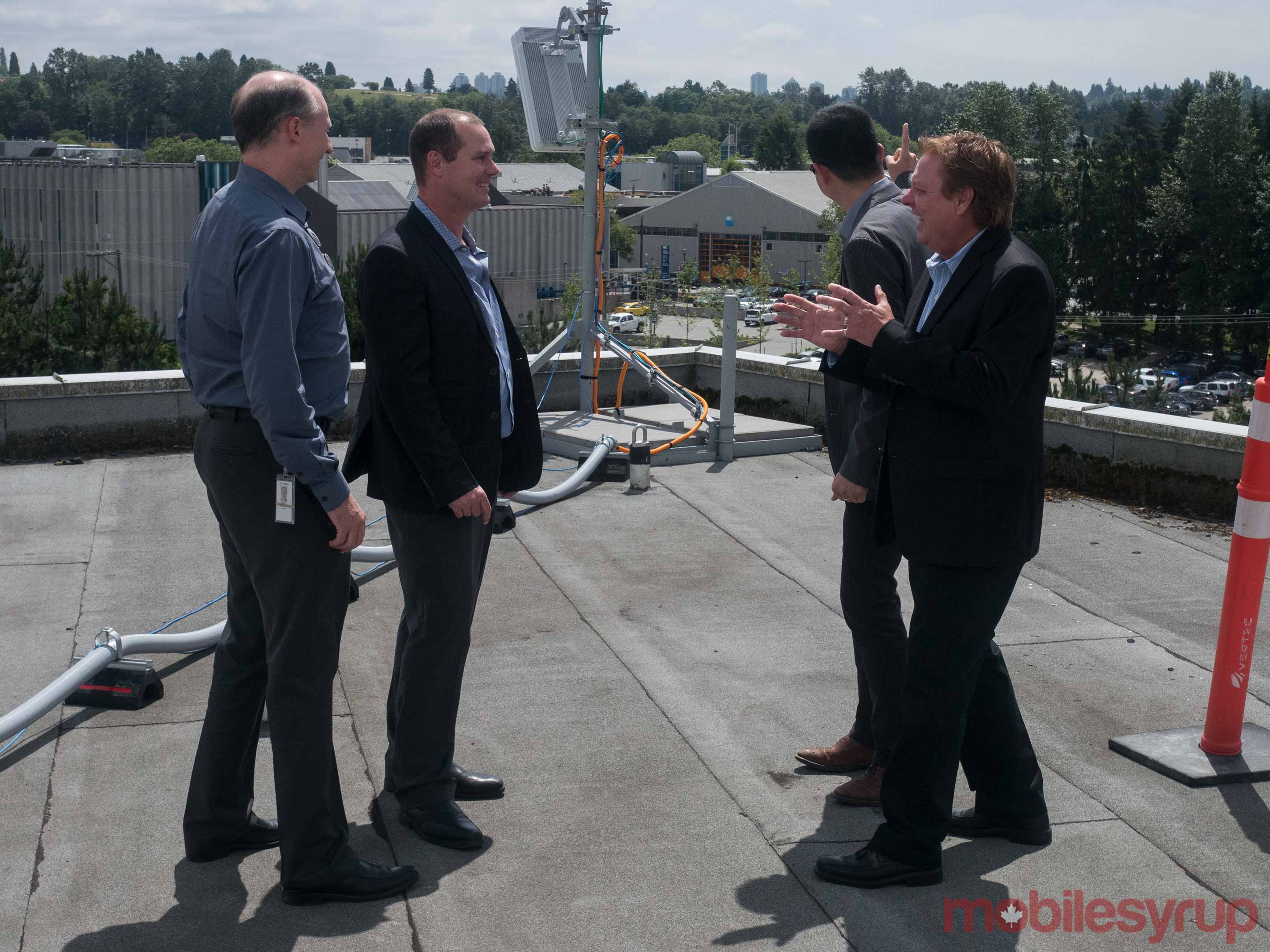 That’s far from the 30Gbps point-to-point connection the two companies achieved last November, but of course that’s only reasonable, considering dilution occurs when a connection is distributed among several points.

One of the key things I learned behind the scenes at Huawei and Telus’ historic deployment is that wireless is nothing if not dependent on external factors — from the number of connections, to the weather.

When you’re sending information via radio waves in the air, even the presence of leaves on a tree poses a potential disruption.

It’s no wonder, then, that 5G itself is a complex topic, one on which every expert speaks differently. To some, it’s just a natural evolution. To those at Huawei, the world’s largest telecom equipment manufacturer, it goes beyond an evolution — it’s a transformation, one that far transcends the increase of wireless speeds. 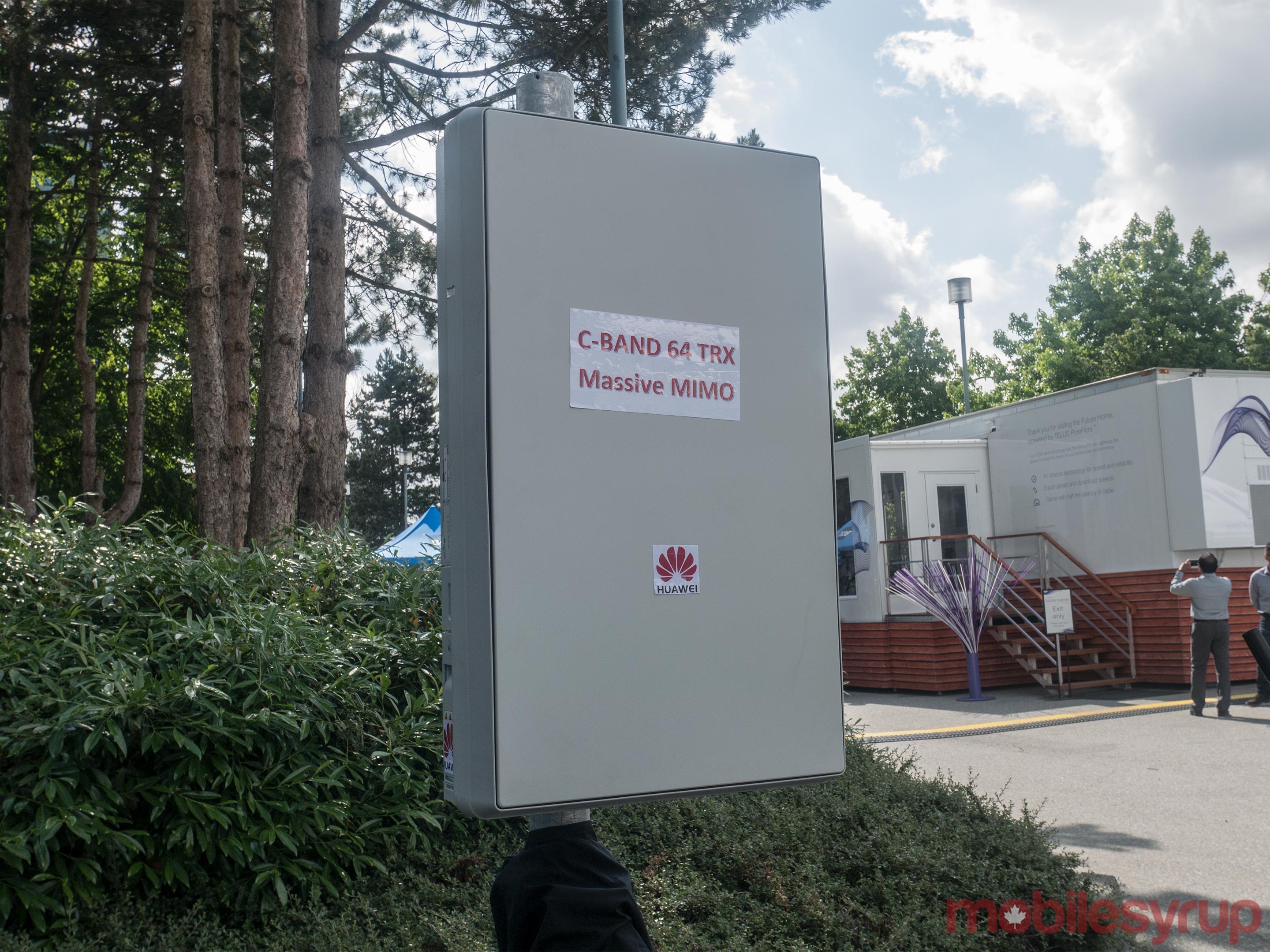 Backhouse has been in the wireless industry for 15 years, beginning his career as a CDMA design and optimization engineer in Australia. When I spoke with him and Peiying Zhu, a Huawei fellow and senior director of the company’s Canadian wireless technology lab, both noted several key differences between 5G and its predecessor, 4G LTE.

Among them: a move towards virtualization that considers not only backwards compatibility but future-proofing.

“Basically, we built 5G for unknown future applications,” says Zhu, who is a frequent contributor to meetings of the international standards body for 5G, 3GPP.

“We want to have a way of introducing a new feature without impacting the existing early deployment.”

Zhu states this willingness to admit ignorance of the applications that will drive 5G is a notable shift from previous generations.

Of course, there’s an idea of the uses — AR/VR, autonomous driving and IoT devices are the most frequently discussed — but each of those verticals are still developing in their own right. 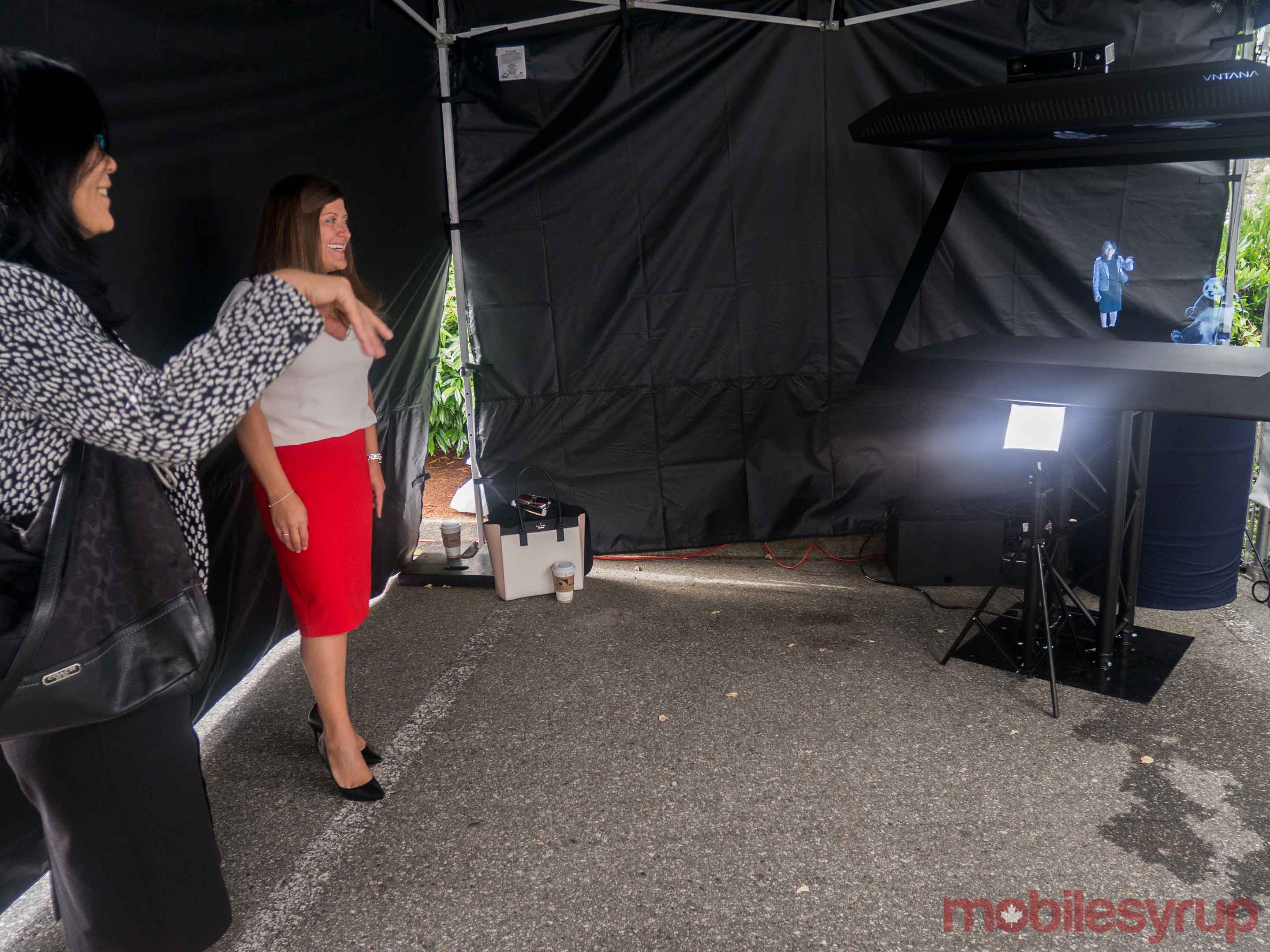 “In every generation, we’ve gone through — 1G, 2G, 3G, 4G — the so-called killer app was not always so clear,” points out Backhouse.

“Texting was an app that no one really thought about, but became very popular, and then data, using the phone for the internet. And then we moved forward, and video wasn’t considered very important. Now it’s one of the biggest drivers.”

Given the future success of certain technological innovations is unknowable, 5G networks will employ a technique called network slicing to seamlessly insert new features into the existing network.

“Conceptually, it’s like slicing the layers of a cake,” says Backhouse.

Many of the services mentioned above — from autonomous cars to AR — will have very different requirements for latency, throughput, security and reliability. Rather than build different physical networks for each different use case, network slicing allows for one network that’s able to modify its behaviour and capability depending on the service.

To that point, 5G’s new emphasis on virtualization also means that its architects are expecting artificial intelligence to play a large role in reducing the costs of operating a network — crucially important to the Canadian telecoms.

“[Data] buckets are getting bigger and bigger,” said Bernard Bureau, vice-president of 5G spectrum and wireless networks at Telus, told me at the trial site. 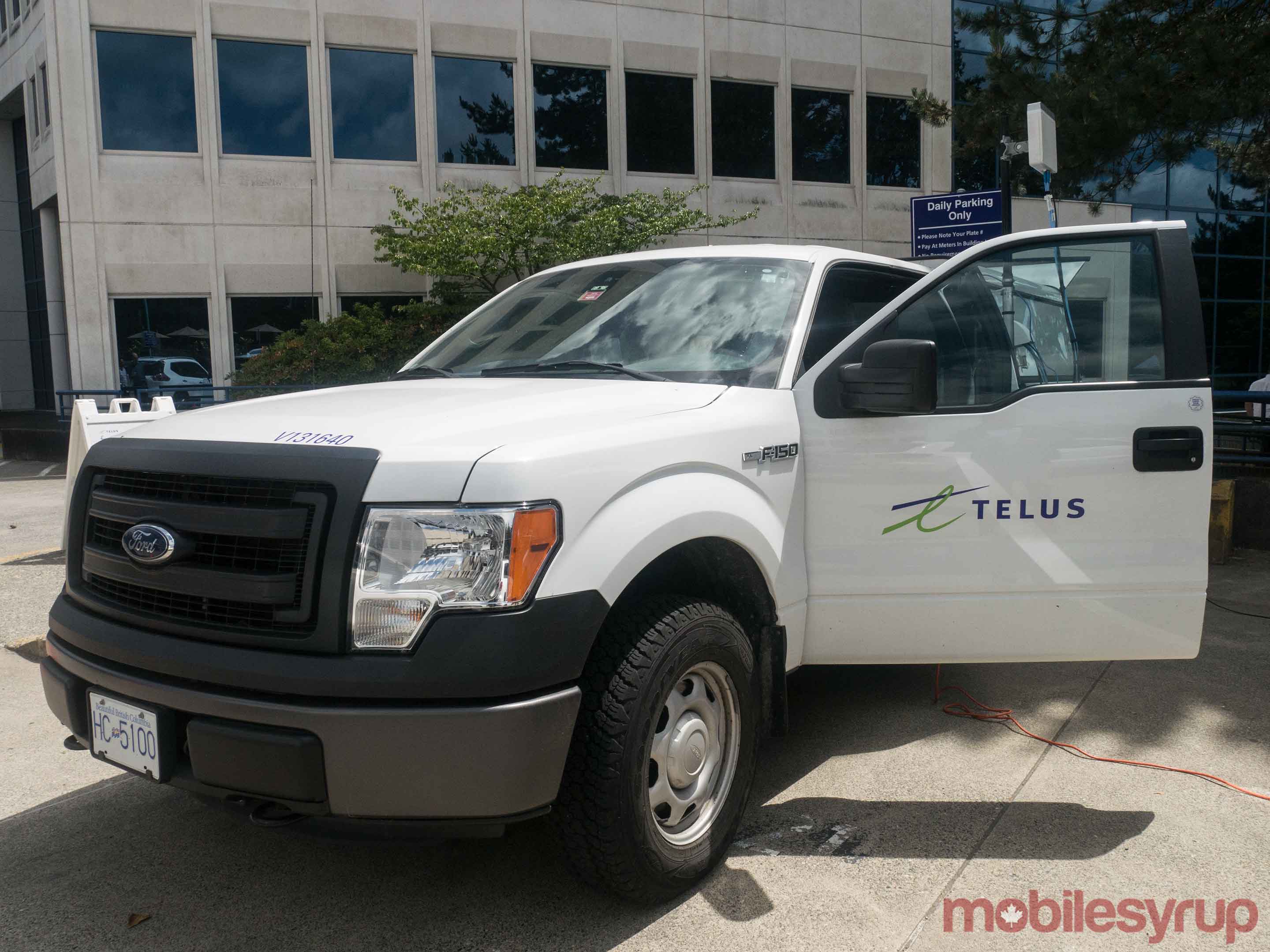 “And we don’t necessarily see a huge increase in revenue that comes along with that, so we have to find a better solution all the time to be able to carry the incremental traffic at a lower cost,” said Bureau

Backhouse believes that 5G will bring about the decoupling of hardware and software, allowing carriers the ability to use common off-the-shelf hardware as a base layer and run proprietary software on top, which in turn makes for faster and less expensive deployments.

“The network will become smarter, it will be able to self-configure and it’ll be able to heal itself — if network elements have outages, it’ll shift services across,” says Backhouse, though he notes that it will take time for carriers to experiment with the technology and retrain staff.

From a carrier point of view, Bureau believes 5G will be a work in progress for quite a while. 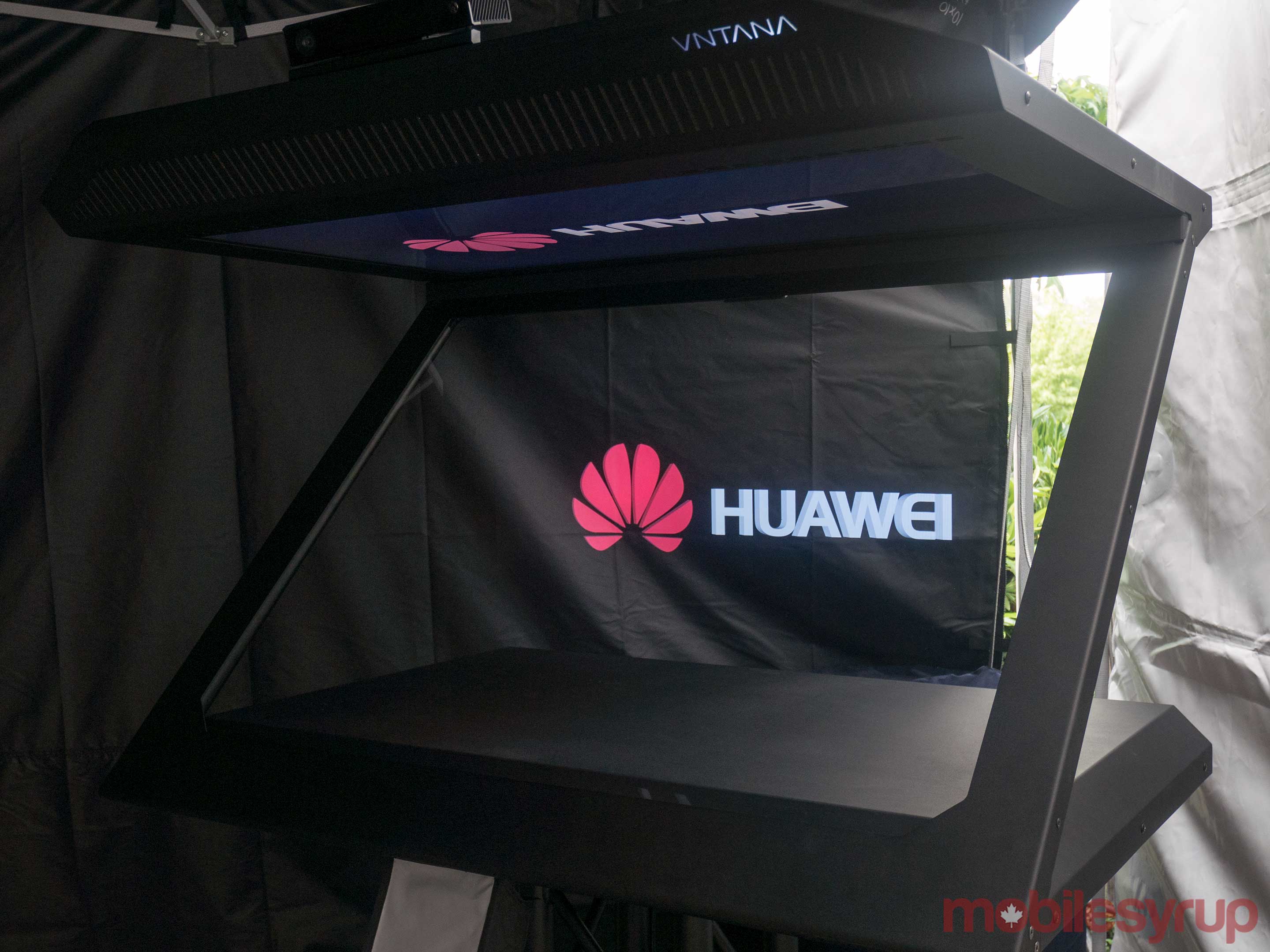 Bureau did note, however, that he believes the carrier’s investment into 4×4 MIMO has put it in a front-running position in the race to 5G.

4×4 MIMO is a type of MU-MIMO — Multiuser Multiple Input/Multiple Output — technology that enables the simultaneous transfer and receipt of data across multiple devices, with 4×4 referring specifically to the number of streams.

The technology is an evolution from single user MIMO, which allocates its full bandwidth to just one single high-speed receiving device during an allotted time slice.

It’s one of the key elements in achieving gigabit speeds, along with 3x carrier aggregation and 256 QAM encoding.

“All of our AWS [spectrum] is essentially 4×4 enabled today,” said Bureau, noting that this achievement significantly reduces the investment necessary for 5G. 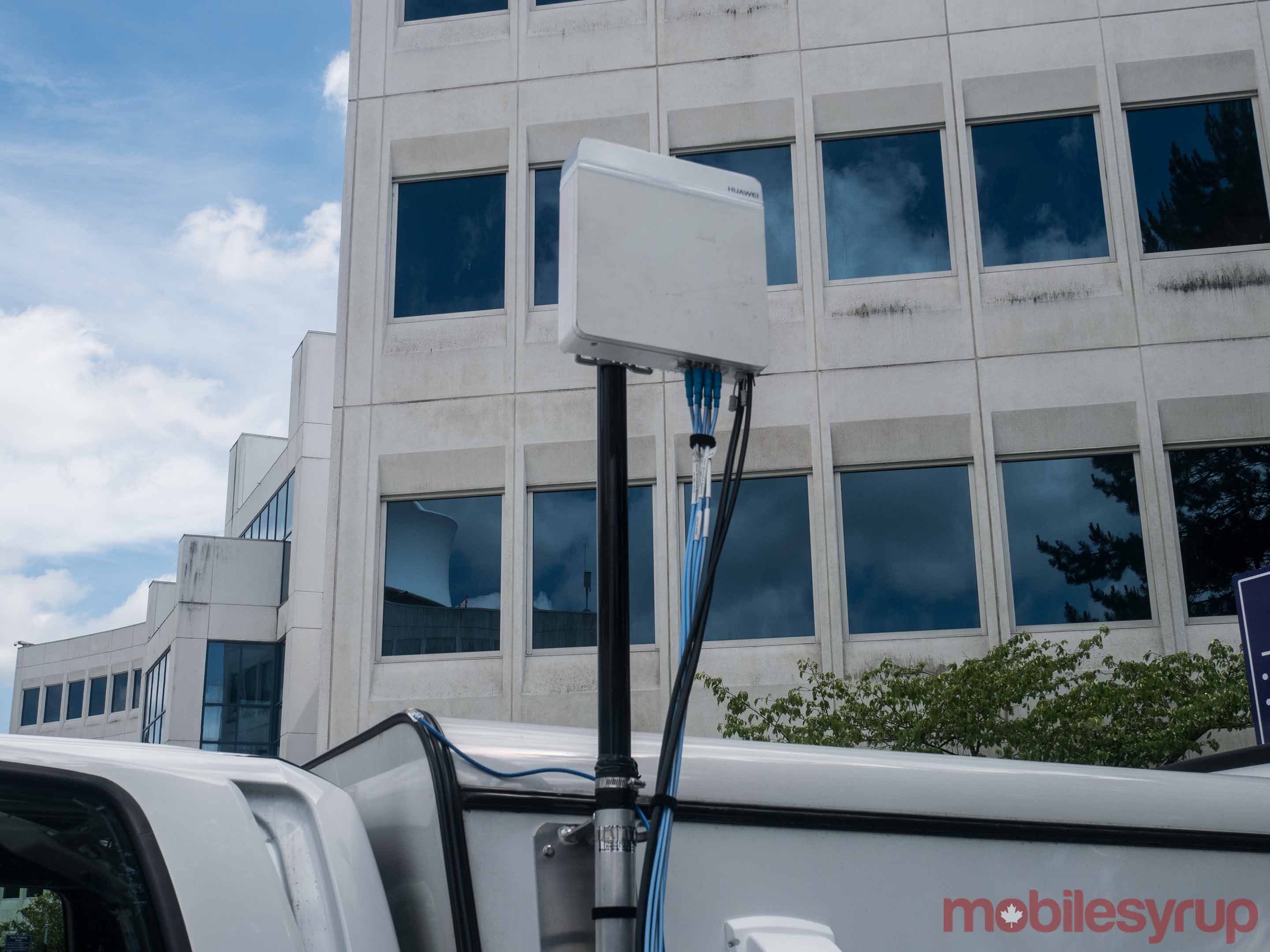 So far, the company categorizes its 5G research and development costs as a multi-million dollar investment that began in November 2013.

For its part, Huawei has been researching 5G at a theoretical level as far back as 2009, and has already invested far more than the estimated $600 million it predicted it would hit by 2018. In fact, the company says it will spend over a 100 million in Canadian research this year alone, much of which is dedicated to its 5G ambitions.

Huawei and Telus executives both believe their companies — and Canada in general — to be leading in 5G research and development.

Backhouse puts Canada among the top countries in 5G development, along with China, Japan, South Korea and the U.S. — and Huawei has played no small part in bolstering the nation’s efforts, from the creation of a 5G ‘Living Lab’ in Vancouver with Telus to its $300 million investment in 5G Ontario. 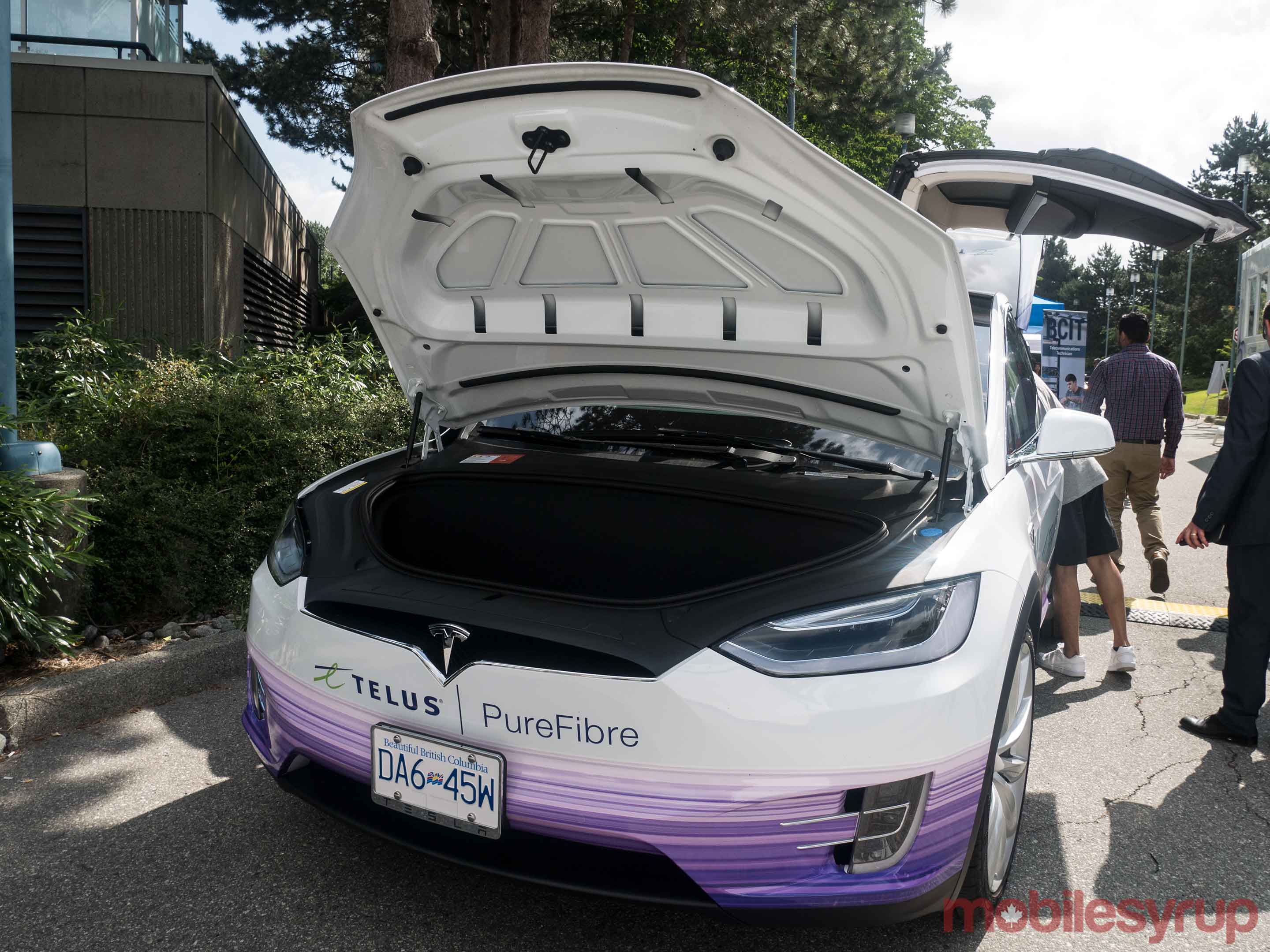 Zhu agrees with Backhouse, lauding the Big Three Canadian carriers for being active in research, but notes that it would be nice to see more investment in research from the Canadian government and that the country is lacking a bit on spectrum allocation — another government responsibility — compared to the U.S., China and Europe.

Spectrum allocation is an important aspect of 5G as countries attempt to harmonize on bands — a process that, if successfully implemented, means a phone sold in Toronto will work just as well on a network in Barcelona.

Harmonizing wireless network bands worldwide has proved difficult in the past, primarily due to historical issues, according to Backhouse.

“In some countries, satellite or other services are already entrenched in certain bands, so different bands are just not available,” he says.

The bands that are currently taking a front seat when it comes to 5G are in the 1 to 6GHz realm, offering a good mixture of coverage and capacity, while spectrum above 6GHz, including in the 24 or 28GHz bands, is necessary for ultra-high throughputs, but can’t propagate as far as lower frequency spectrum.

It’s this issue that makes me wonder whether rural Canadians will be left out of the benefits of the 5G revolution.

Zhu, however, responds that there’s reason to be optimistic that 5G will serve rural Canadians better than its predecessor, citing one important 5G use case: the replacement of wired fibre with ‘wireless to the home’ – which may be easier than dragging fibre into remote areas. 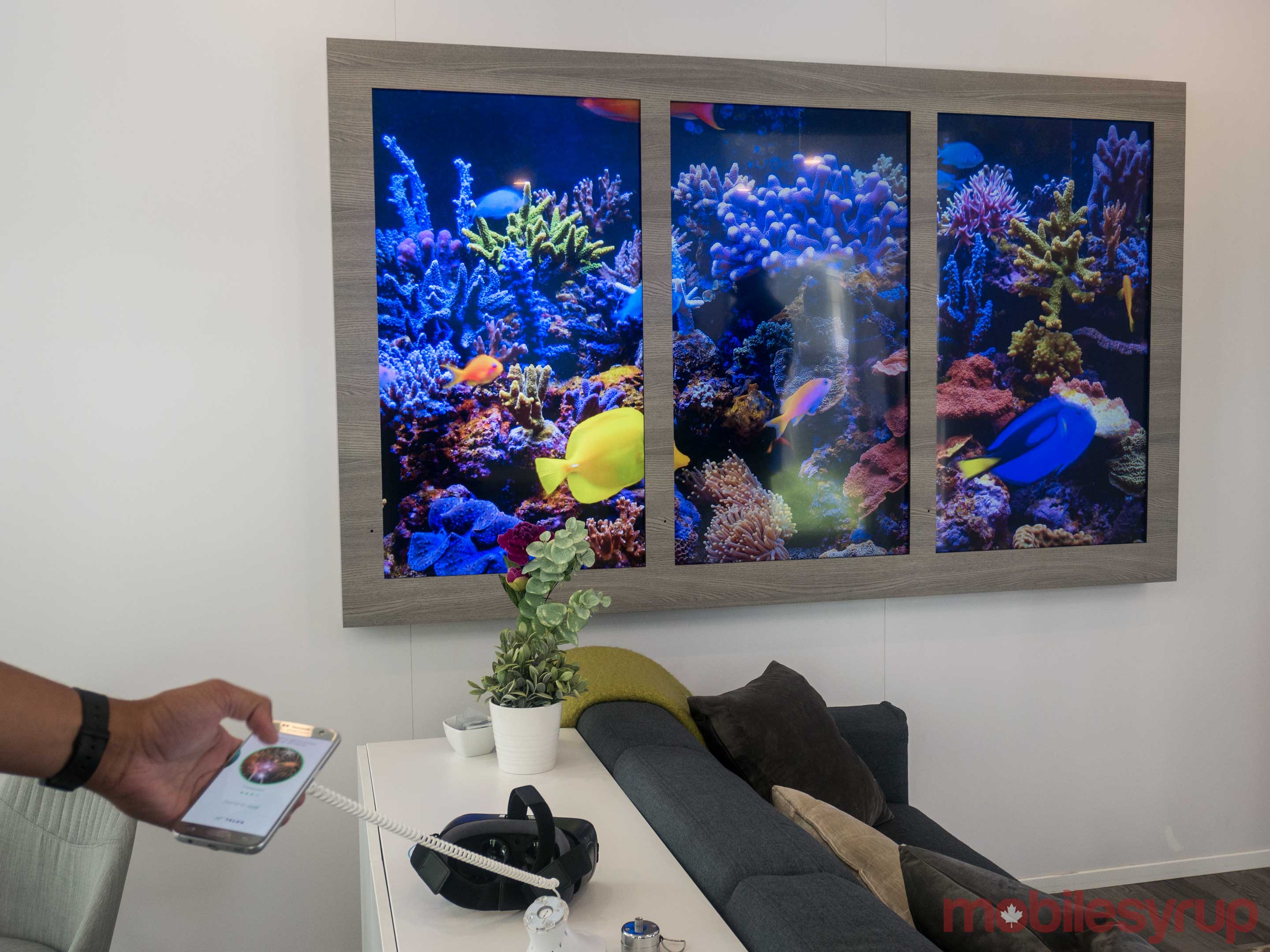 She notes the 3GPP is also studying satellite communications — the beaming down of wireless connectivity from orbit — as a compatibility requirement for 5G, though it’s of secondary importance to traditional cellular communications.

Additionally, Backhouse foresees the use of massive MIMO (think MIMO, but on a massive scale with potentially up to hundreds or thousands of antennas) as a tool for providing higher throughputs to rural areas.

Regardless of geography, however, most Canadians likely see another issue when it comes to 5G: the increased risk of data overages.

When 5G becomes a reality, alongside the applications that take advantage of its highest throughputs, Canadians may blow through their data — some of the most expensive in the world — at alarming rates. Meanwhile, the prospect of widespread unlimited data plans, like those that have arisen in the U.S., remain elusive. 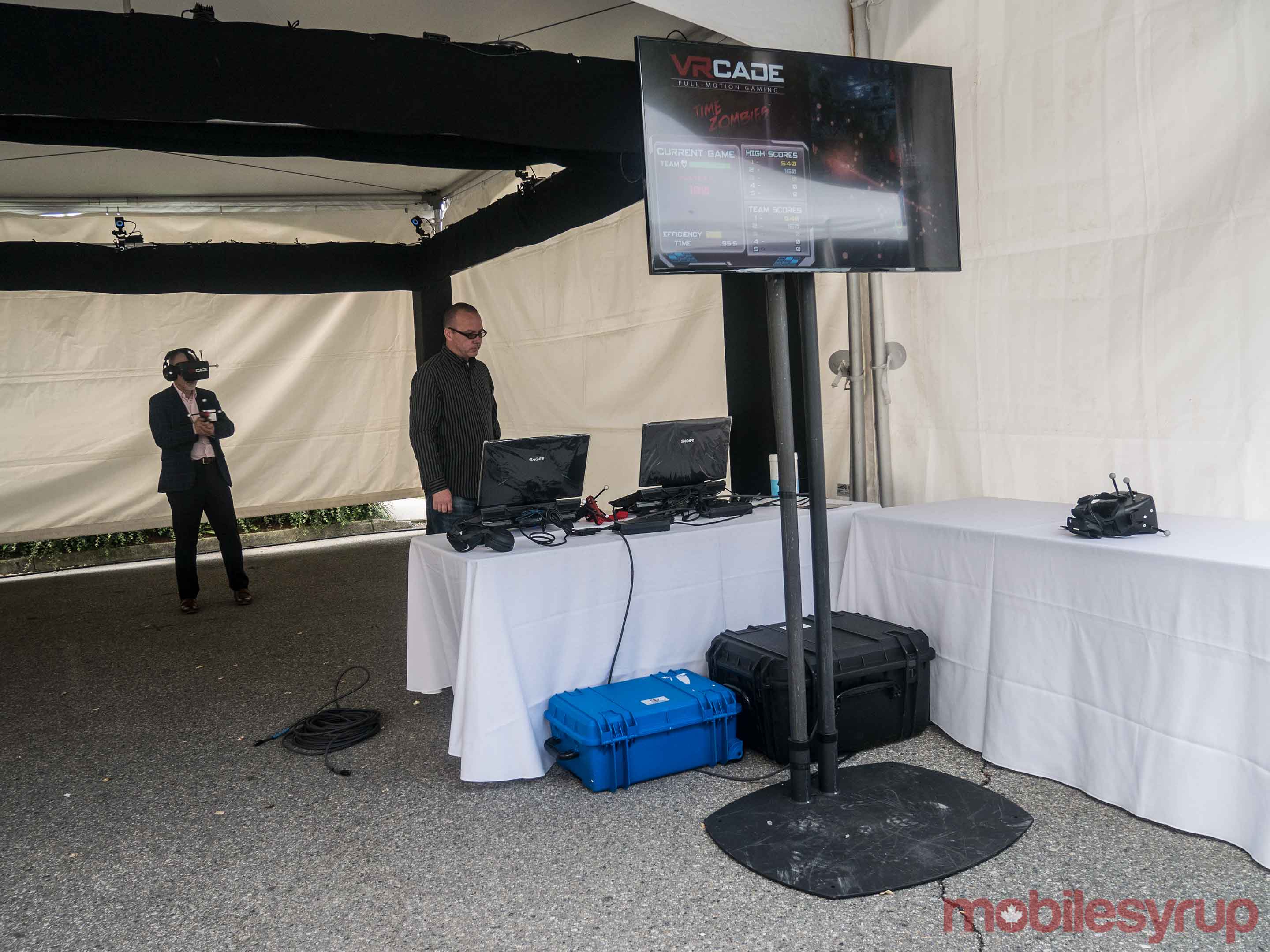 One can only hope that the carriers, telecom equipment manufacturers and developers of future technologies like AR and autonomous cars will keep pace with one another as this new era of wireless technology evolves, avoiding any awkward or unduly expensive phases for end users.

One thing is certain, however: 5G will exert incredible influence on the global population and the economies of each and every country through the applications it drives.

And whether those applications are in mixed reality, self-driving vehicles, fibre replacement, IoT, smart cities — or something as-yet unknown — the networks behind them will be more intelligent, connected and boundless than ever before.