While wireless competition might be something of a distant memory in provinces like Ontario, it’s alive and well in Quebec. 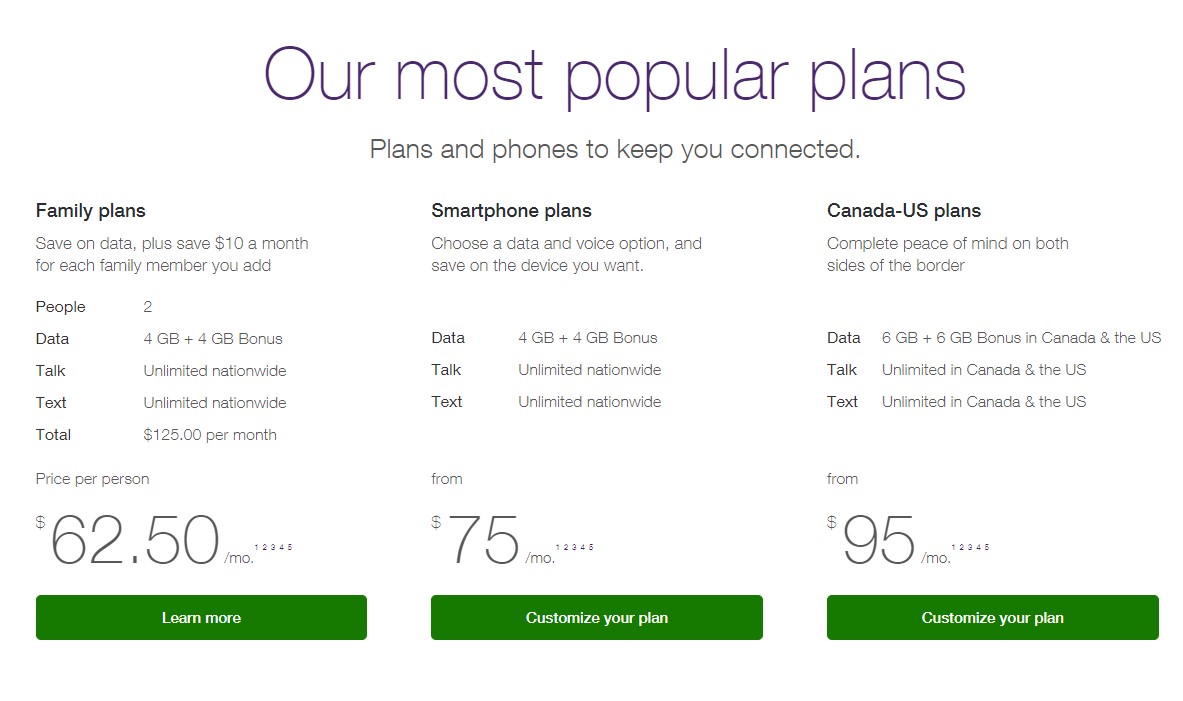 In the latest tussle between the big three national carriers and Videotron, Telus has launched three new nationwide plans that effectively double the amount of data the carrier previously offered with the same plans.

Bell has since launched a similar plan, offering 8GB and 12GB of data for $15 and $25 per month, respectively, once customers add a $45 or $55 per month voice package to their plan.

Rogers is the only one of the big carriers to not launch a similar promotion. It’s most affordable plan, priced at $95 per month, offers 6GB of data per month.

The promos come following a similar promotion from Videotron.