Here are the mobile data overage fees for every Canadian carrier 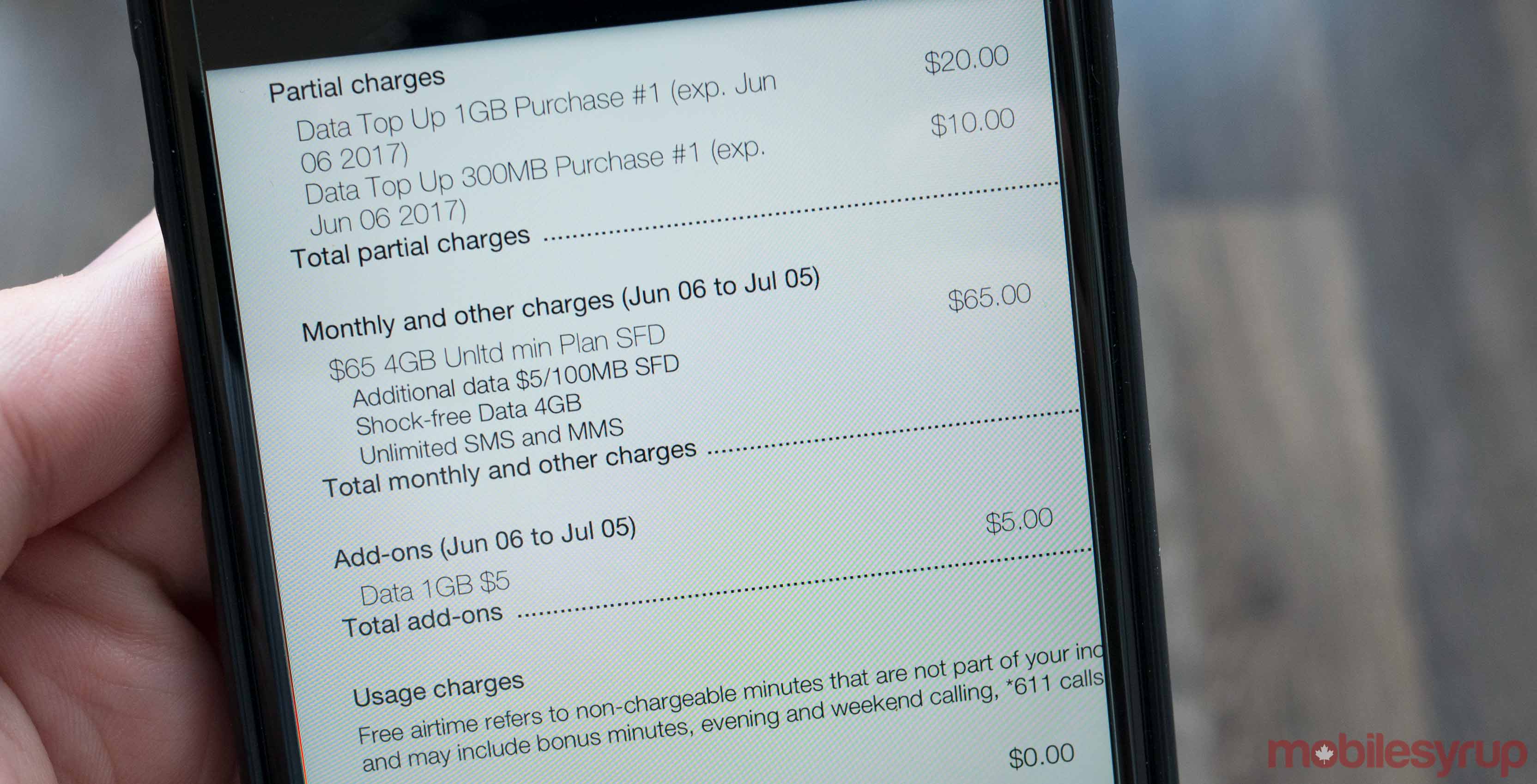 Given Rogers’ recent mobile data overage rate hike for new customers, as well as those switching to a new plan tier, we at MobileSyrup thought now would be a good time to round-up the various data overage fees Canadian carriers are charging customers.

Some Canadian carriers have data overage fees displayed in easy to access locations on their websites, while others bury the information deep within the recesses of their websites.

Below are all the Canadian carriers data overage rates we’ve been able to dig up. Make sure to let us know in the comments if we’ve missed something.

Add-ons can be purchased before customers hit their data allotment for the following:
$15 for 1GB
$25 for 2GB.

Details: These changes only impact those who are signing up for a new plan with Rogers or switching between plans.

Details: You need to purchase a top-up before you’ve reached your monthly data limit. You can use up to 7 Data Top-Ups per billing cycle. Fido is a sub-brand of Rogers. Current overages are as follows: $5 per 100MB

Top-ups are also available once customers go over their data in the following allotments:

Details: Usage is rounded to the closest 100MB at the end of a billing cycle.

Details: The $20 1GB overage option can only be purchased once. After the initial purchase, data overages are $5 per 100MB. Koodo is owned by Telus.

Data tracking app: None, as Koodo recently pulled its dedicated data tracking apps from the iOS and Android app store. Data can be tracked through Koodo’s official website on desktop and mobile.

Plans activated prior to those changes may see the following overage charges, as listed on Bell’s chart of pay-per-use rates.

Details: While Bell’s overage rates may not look steep on paper, they can add up rather quickly with very little data use. Some readers have reached out to us to let us know that they’re still being charged $0.05 per MB.

Details: Bell MTS customers need to use a dedicated app that isn’t the standard MyBell mobile app. Bell MTS is owned by Bell.

Pay per use plan data

Details: Similar to Bell’s data overages, Virgin’s current plans are at $70 per GB, while many older may feature the overage charges outlined in the pay-per-use data rates. Virgin is owned by Bell.

When ‘in-zone’ data speed is reduced from 3Mbps to 64kbps for upload and download (which is basically unusable) when a subscriber hits their data cap.

Outside of Chatr’s data zones, overages amount to $0.05 per MB

Data tracking app: None. Data can, however, be tracked through Chatr’s official website.

$0.05 per MB for additional full speed data (this rate also applies when using a device in the U.S.)
$10 per month to add 3GB of data to a monthly plan

*There are no overage charges with Freedom in Canada or the US. Only time there is a data charge is when roaming with a plan that doesn’t include data roaming, then it’s 5c/MB.

Details: Unlike other Canadian carriers, Freedom’s $0.05 per MB overage rate applies in the U.S. when on an LTE-Ready plan. In most cases in order to use Freedom’s LTE-Ready tier, you need to be using a Band 66 compatible smartphone.

*No overage charge applies in the US. Only charges 5c/MB if your plan doesn’t include data roaming the US

When subscribers run out of data with Public Mobile, the feature is shut off. Additional data package prices can be found below:

Details: Unused additional data packages can be carried over to the next cycle

Details: SaskTel says data overage rates vary by plan, but most seem to feature $0.06 per MB