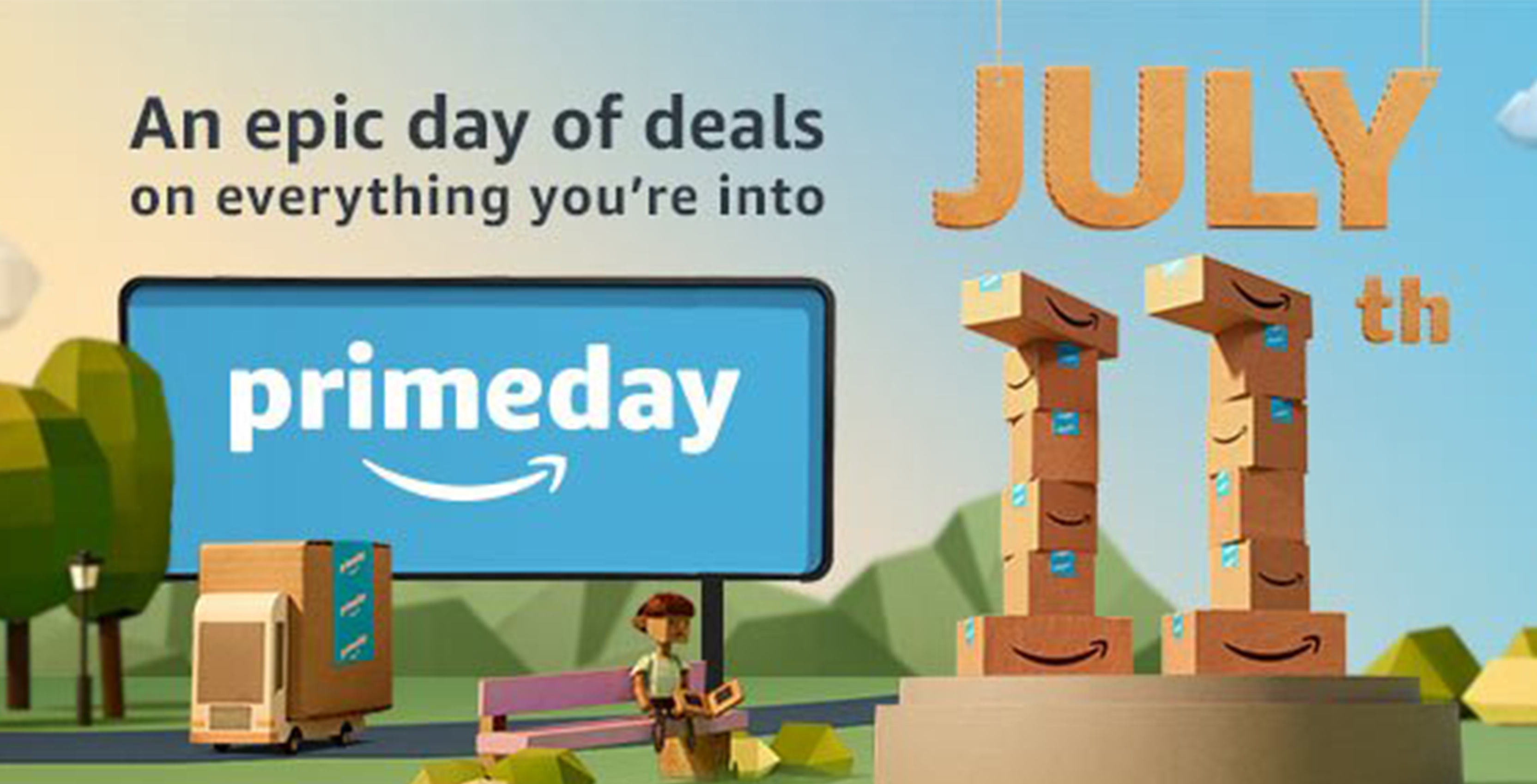 Amazon’s third annual Prime Day is set for July 11th, with hundreds of thousands of deals exclusively for Prime members around the world. Canadian Prime members will be able to enjoy 30 hours of deals starting at 9pm ET on the Monday, July 10th.

Customers who are not currently Amazon Prime members can sign up or start a free Prime trial before or on July 11th.

Prime members will also be able to track deals with alerts on the Amazon Shopping App. Prime Day is set to have a number of TV deals, with the sale offering 30 percent off Vizio 24, 32 and 48-inch TVs. Furthermore, members who sign into the Amazon Shopping App for the first time on Thursday, July 6th, will get a $10 (CAD) off promotion code to use towards purchases on Amazon.ca

During the Prime Day sale, members can save up to 40 percent off on any new Subscribe & Save subscriptions that get you 15 percent off, and free shipping on each subscription. Additionally, Prime members who purchase an eBook through Amazon.ca on Prime Day will receive a 40 percent off credit toward their next print book or eBook, while on July 7th Prime members can find a list of bestselling eBooks for $2.99 or less.

Also, on Prime Day members get an exclusive look at The Grand Tour Season 2 that’s set to not be available until season 2 launches later in the year. The exclusive footage features the show’s hosts during their time in Mozambique, Switzerland and the U.K.

“We can’t compare the success we experience in sales on Prime Day to any other day of the year! However, this is just the tip of the iceberg; aside from experiencing 150 percent more sales in one day, the true benefit comes from connecting with new clients of which 40 percent of them become repeat buyers,” said Stephen Aikman from Oakland, Ontario-based All Natural Advice, in a press release.

Amazon Prime is priced at $79 CAD per year with a 30-day trial period. In Quebec, there’s no trial and the $79 subscription lasts 13 months.