Alta HR review: Where the heart is 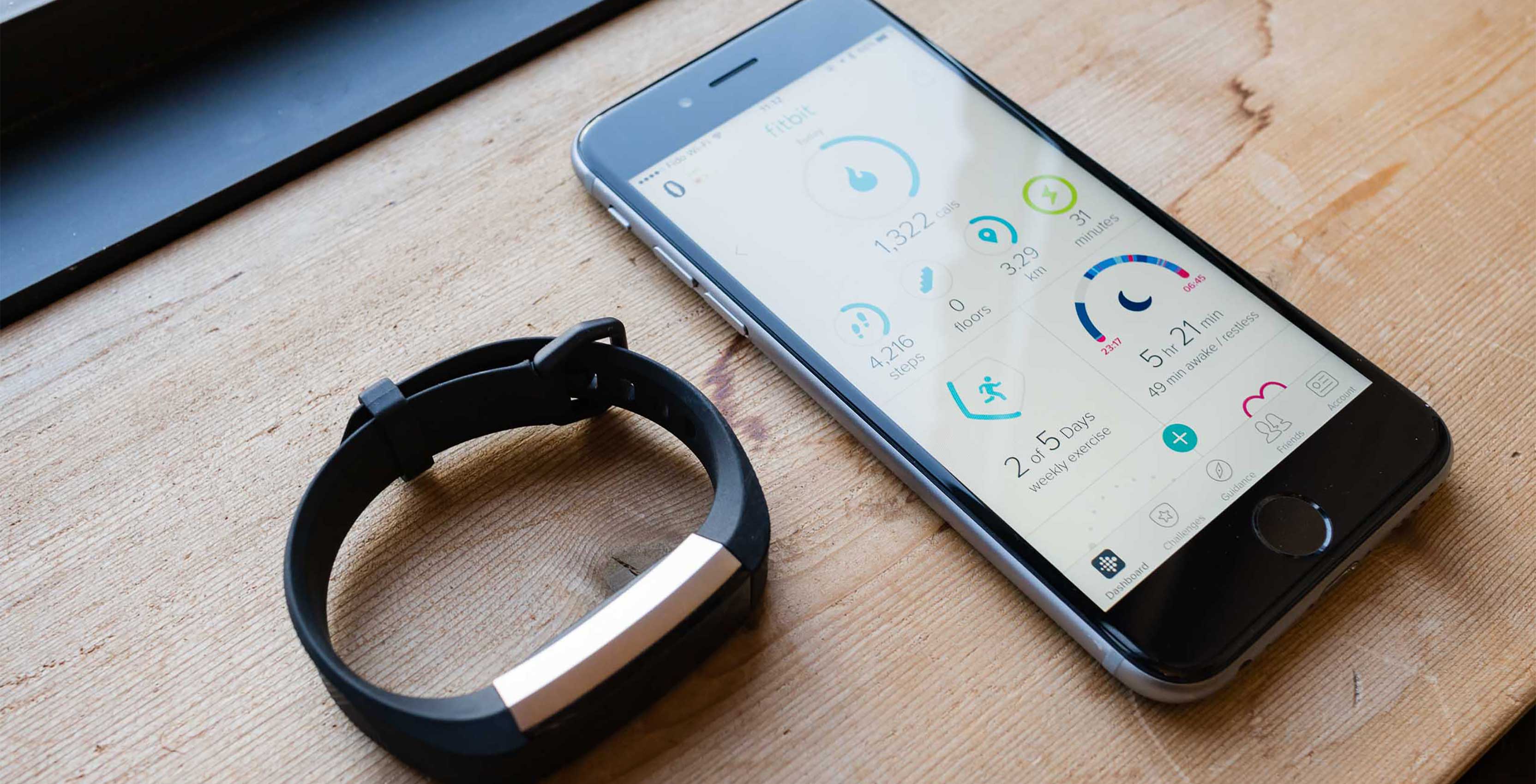 Fitbit has settled into something of a comfortable groove this past year.

After releasing its first smartwatch, the underwhelming Blaze, the company shifted its focus back to the fitness trackers that helped make its name in the first place, launching updates to the Flex and Charge HR. Less than a year after the release of the Charge 2, the company is back with another iterative update. This time, the company has updated Alta to add heart-rate tracking to the device.

If you’re not into fitness trackers, one new feature, though a significant one in the context of the product category, won’t be exciting. However, if you’re already a fan of Fitbit’s products, there’s quite a bit to unpack here. 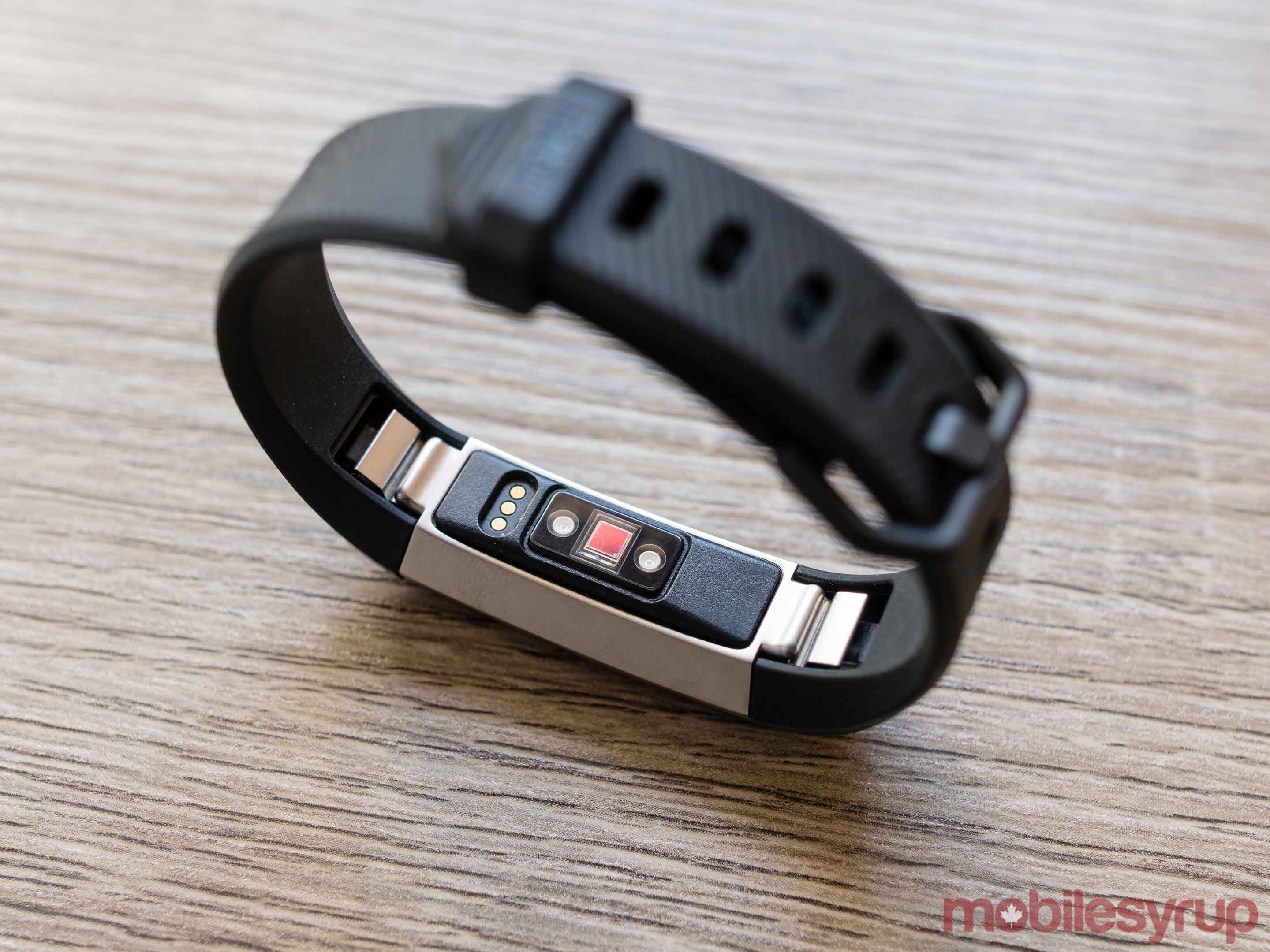 At first glance, Alta HR looks exactly like its predecessor. It features a slim stainless steel frame with a textured elastomer band. Turning the wearable over reveals the one major change between this year’s model and the 2016 Alta. With the Alta HR, Fitbit has managed to fit its signature PurePulse heart rate sensor inside of the Alta’s diminutive frame. Thanks to this feat of engineering, the Alta HR is the slimmest fitness wearable with heart rate tracking on the market, according to Fitbit.

That Fitbit managed to miniaturize its heart rate sensor technology, making it small enough to fit inside the Alta without altering the size of its frame, is a very good thing. The Alta was already one of the best looking fitness trackers on the market. With the addition, its now also one of the more feature rich one, as well.

Bands are available in black, blue gray, fuschia and coral, with the final colour looking particular handsome to my eye. It’s also possible to get the Alta HR in two special edition colours: gunmetal and soft gold. 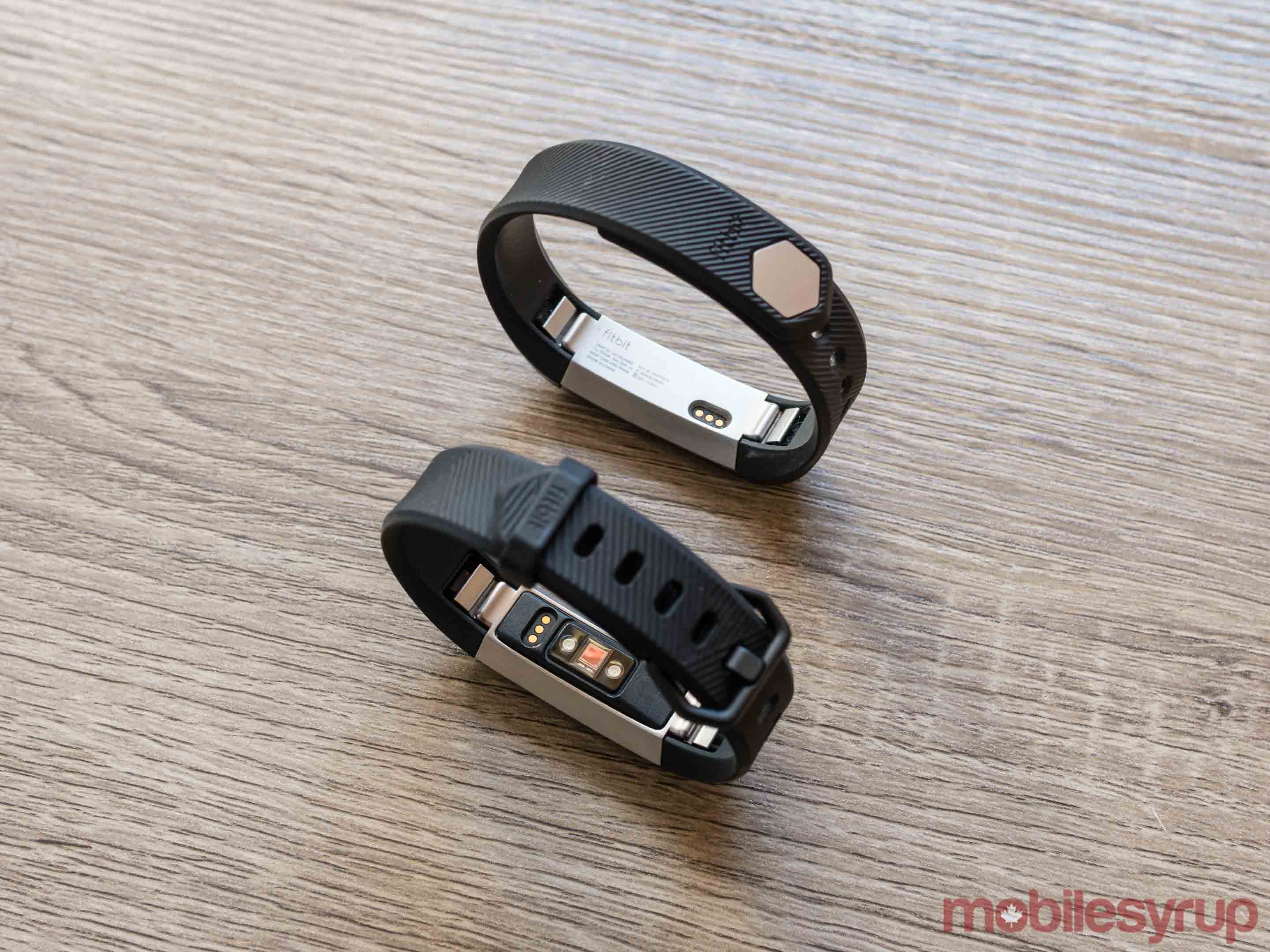 Despite the addition of heart-rate tracking, not every Charge 2 feature makes the jump to Alta HR. To start, Fitbit’s new fitness tracker doesn’t offer the robust multi-sport tracking capabilities that are found on its more capable sibling. That is, users cannot, with several button press and taps, tell Alta HR that they’re about to start a workout. Instead, like the original Alta, Alta HR will automatically start tracking certain activities like walking and running. Thanks to its new heart rate sensor, it will, however, provide a more accurate calorie burn count when it is tracking an activity.

For more complicated activities like weight lifting or yoga, users will need to manually log the exercise inside the Fitbit mobile app. When the app logs a workout like this, it’s estimating how many calories you burned during your workout, so those looking to really control their calorie intake and burn will again need to look to something like the Charge 2.

Other more advanced features are also missing. Alta HR cannot, for example, use its heart-rate sensor to track peak oxygen uptake, so it can’t provide users with an overall evaluation of their aerobic health. It also can’t link with a smartphone to pull GPS data when users go running outside, so any distance data Alta HR logs won’t be as accurate.

One curious omission is that the Alta HR doesn’t include any of the breathing exercises that come with the Charge 2. In my time with the Charge 2, I’ve come to like this feature a lot. Anytime I feel a sudden wave of anxiety or I have trouble falling asleep, I do one of the breathing exercises to calm down. So it was disappointing to see that feature missing on the Alta HR.

Missing breathing exercises notwithstanding, Alta HR’s missing features tell you everything you need to know about this tracker: Charge 2 replacement it is not, but what Alta HR does, it does well.

For instance, for the Alta HR’s more casual fitness market, the addition of all-day heart rate tracking will one of the most useful indicators of overall health. Without specialized equipment, it’s difficult to gauge the accuracy of Alta HR’s all-day heart rate tracking. However, for what it’s worth, using the the Charge 2 and Alta HR on opposite wrists gave me a similar result.

One other major heart rate-related features is improved sleep tracking. To coincide with the launch of Alta HR, Fitbit updated its suite of sleep tracking features. The company’s mobile app will now categorize your sleep into different stages — awake, REM, light and deep sleep — and provide insights based on the data it collects. At first, the insights will be generic. For instance, at first the app might say something along the lines of how light sleep is just valuable as deep and REM sleep. Wear the device to bed several weeks in a row and the insights will become more personalized. 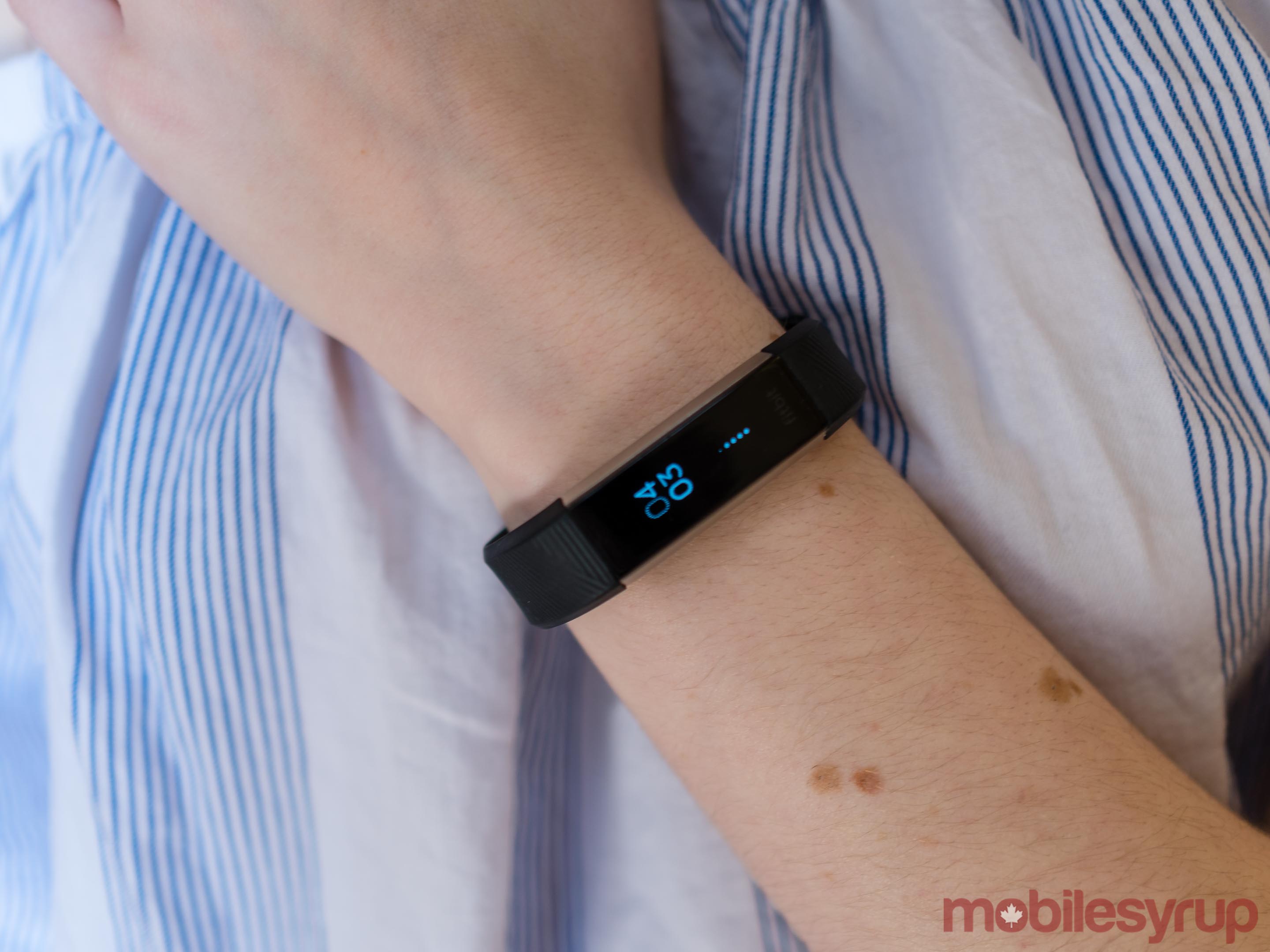 The best part of this new sleep tracking feature is that it’s available on the Charge 2, Surge and Blaze.

Other minor but still significant changes abound. The most welcome of those is Alta HR’s new band design. One can make the argument that the new band doesn’t look as seamless as its predecessor. However, what the new band lacks in looks it makes up for by being easier to put on and more comfortable to wear.

Moreover, thanks to the fact the original Alta supports interchangeable bands, current Alta owners can upgrade to one of the new bands without buying the Alta HR. With the newly designed bands starting at $39.95, they’re not exactly cheap, but if you want to have one of advantages of the new Alta HR without paying full price, check them out

Another welcome change is improved battery life. In addition to fitting a heart rate sensor inside of Alta’s diminutive frame, Fitbit somehow managed to fit a higher capacity battery that’s capable of keeping the Alta HR going for seven days straight on a single charge, compared to the five days of battery life its predecessor offered. In practice, I found my Alta still had enough battery power left over to get me through an additional day.

Unfortunately, the Alta HR doesn’t improve on every aspect of the first-generation Alta.

The biggest missed opportunity, in that sense, is the fact that the Alta HR uses the same display as its predecessor. It’s not a great display for two reasons. The first is that the screen, with just one brightness setting, is not bright enough so as to be legible outside. The other issue is that the screen’s tap interface is unresponsive.

To activate the Alta HR’s screen, users have two options: they can either double tap the display or raise their wrist. Neither action works 100 percent of the time. The fact that the Alta HR doesn’t have any physical buttons further exacerbates this issue. 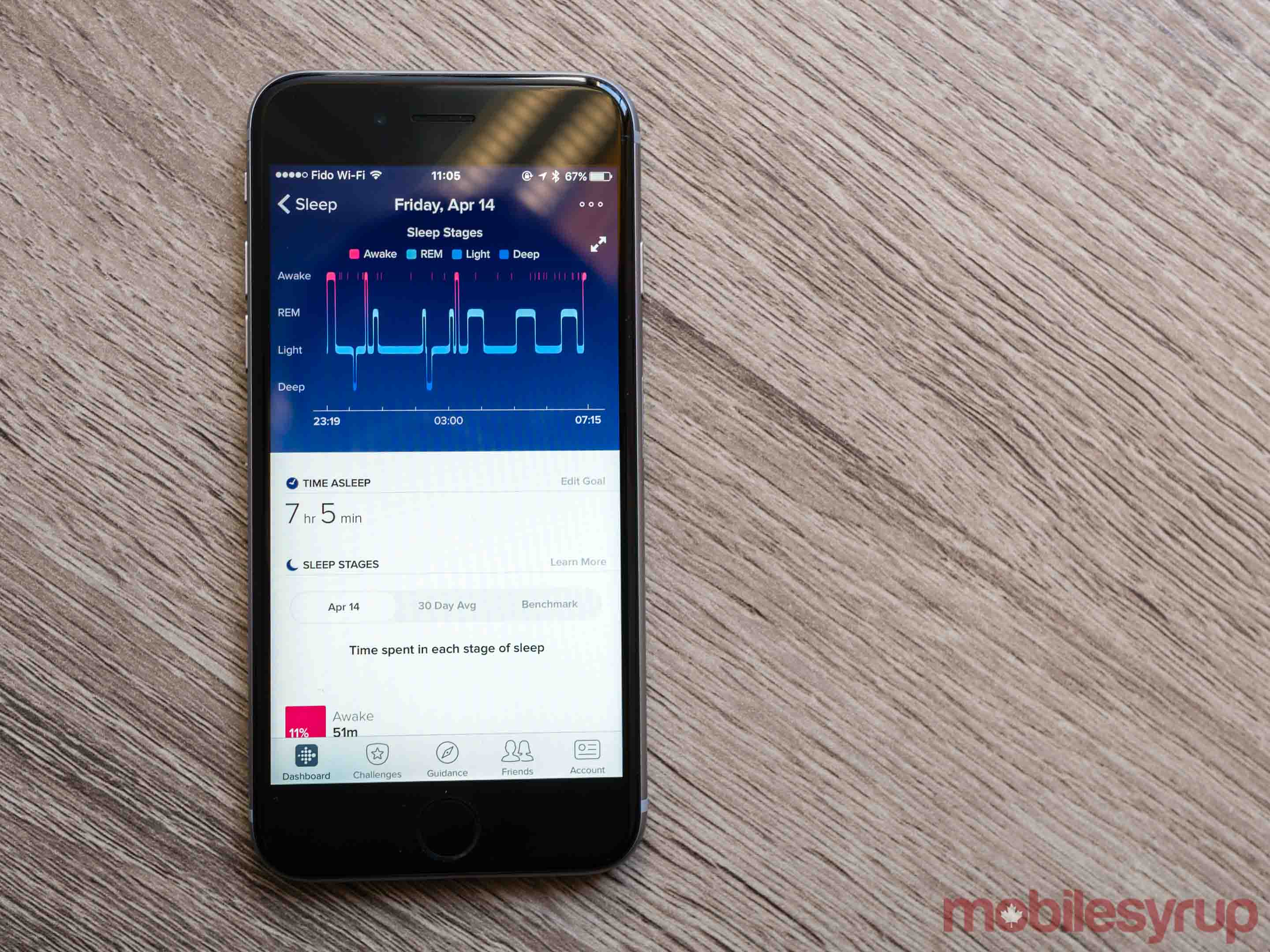 Not a lot has changed since the release of the Charge 2 when it comes to the Fitbit mobile app. In Canada (and Australlia), the company is currently testing a new feature called Adventure Races. Like the Adventures features before it, Adventure Races see users embark on a virtual tour a Yosemite or New York City.

The twist here is that it’s a race against one’s friends. I’m usually not one to use my Fitbit to compete against my friends, but I enjoyed the Adventures feature when I reviewed the Charge 2, and Adventure Races seemed like a fun way to set  a collective fitness goal this time around.

Aside from that new feature, if you’ve used the Fitbit mobile app anytime in the past year, the experience will be a familiar one. For the most part, what’s here is approachable, customizable and informative without being cluttered — though sometimes it feels like it takes one too many taps to get to a particular piece of information or part of the interface.

At $199.95, Alta HR and Charge 2 share the exact same price. I would personally be hard pressed to find a reason to get the Alta HR over the Charge 2. However, I do a variety of fitness activities that the Charge 2 is simply better at tracking.

For some, Alta HR's smaller footprint, more stylish looks and simpler interface will make up for its shorter feature list. If that's you, then the Alta HR will make for a great fitness tracker. That said, if you see yourself developing a more complicated workout routine, then consider the Charge 2 or the recently announce Garmin Vivosmart 3.

The tougher question is whether to get the Alta HR if you already own an Alta. Again, price is the main issue here. If you really love your Alta but want an upgrade, the Charge 2 is the better pick in my opinion. However, if you're new to the world of fitness trackers, then the Alta HR is a good place to start.