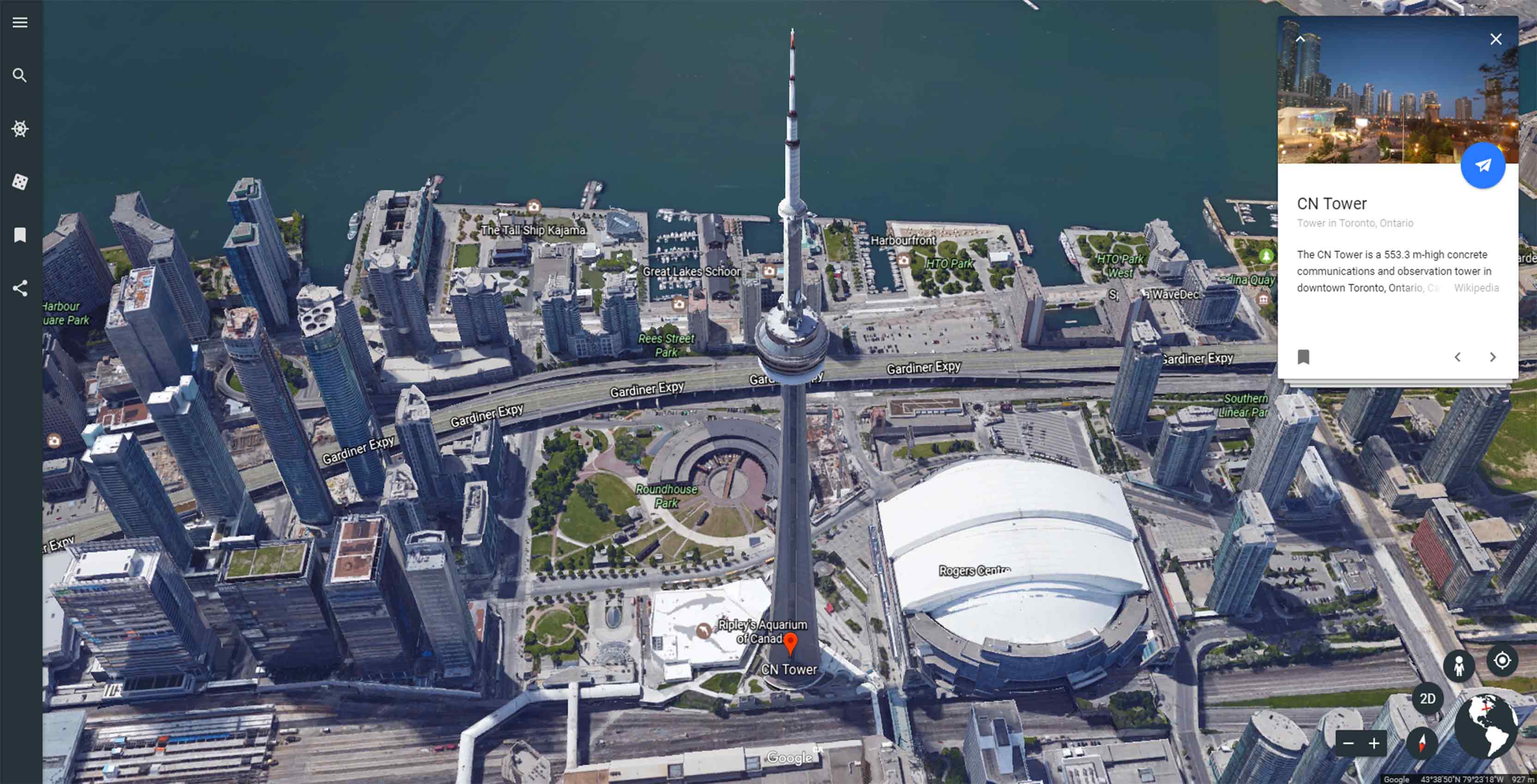 After two years of development, Google has launched a redesigned Earth app that adds a variety of new features that may just cause you to pack up your bags and start exploring.

The centerpiece of the experience is the app’s new 3D view. Visit a location that supports the feature and you’ll Earth will treat you to a bird’s eye view of the locale. While not available in remote corners of the world, where 3D view is available, it’s impressive, particularly in cities with tall landmarks like Toronto and Hong Kong.

Taking a page from one of its popular products, Search, Google has also added an “I’m Feeling Lucky” button to Earth. The button does exactly as advertised: tap it and Earth will take you to a random part of the world. For each random destination, the app will present a “knowledge card” that contains interesting information about said location. 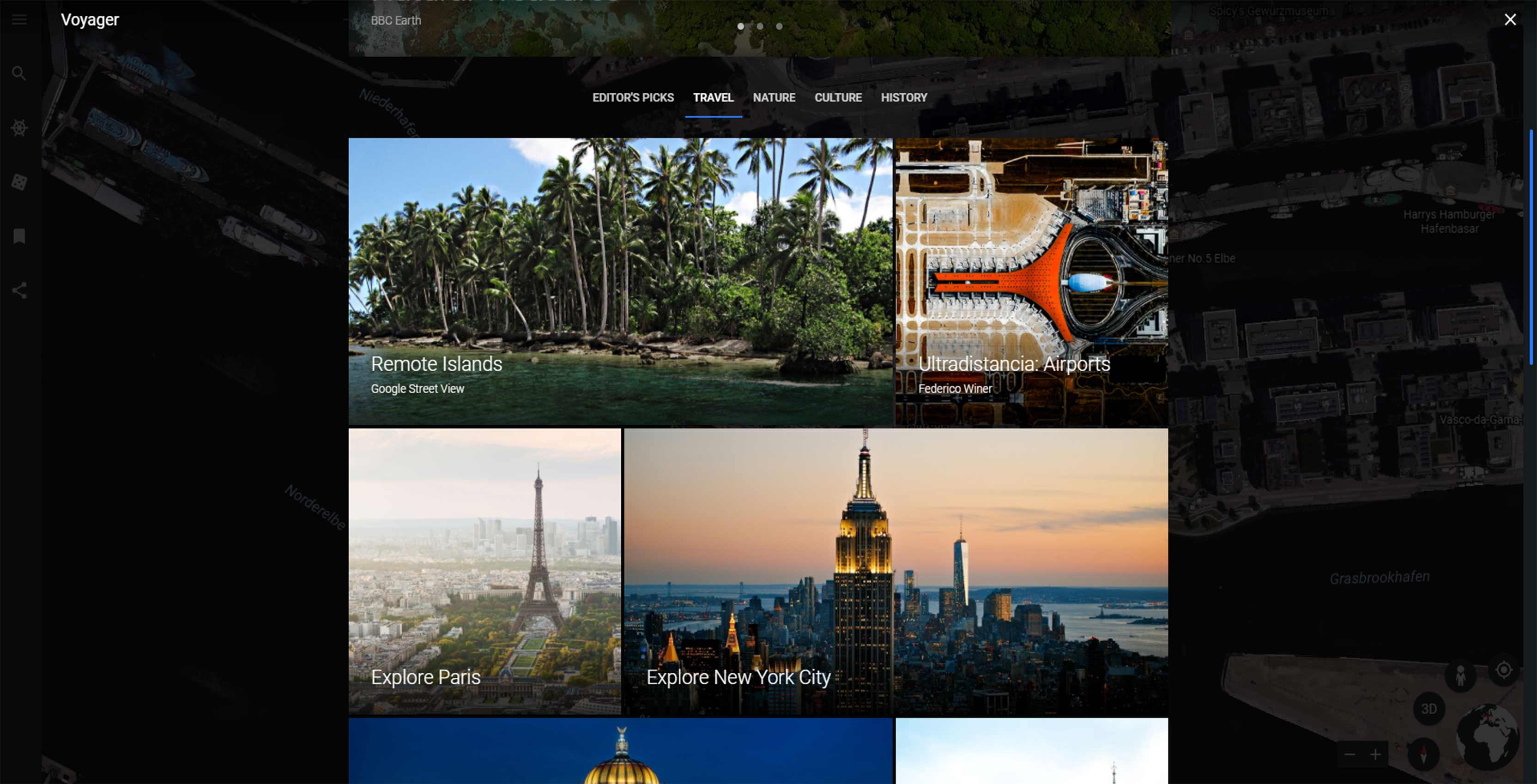 For a more guided experience, a new “Voyager” tab allows users to embark upon a variety of interactive guided tours. Currently, Google has divided the tours into five subsections: editor’s picks, travel, nature, culture and history. Some of the Voyages filed under the editor’s picks section include narration by world-renowned experts like Sir David Attenborough. Another tour allows users to visit some of the locations the BBC visited to film Planet Earth 2.

The new Google Earth is available to check out now on Chrome and Android. Google says the redesigned app will come to iOS and other browsers sometime in the near future.