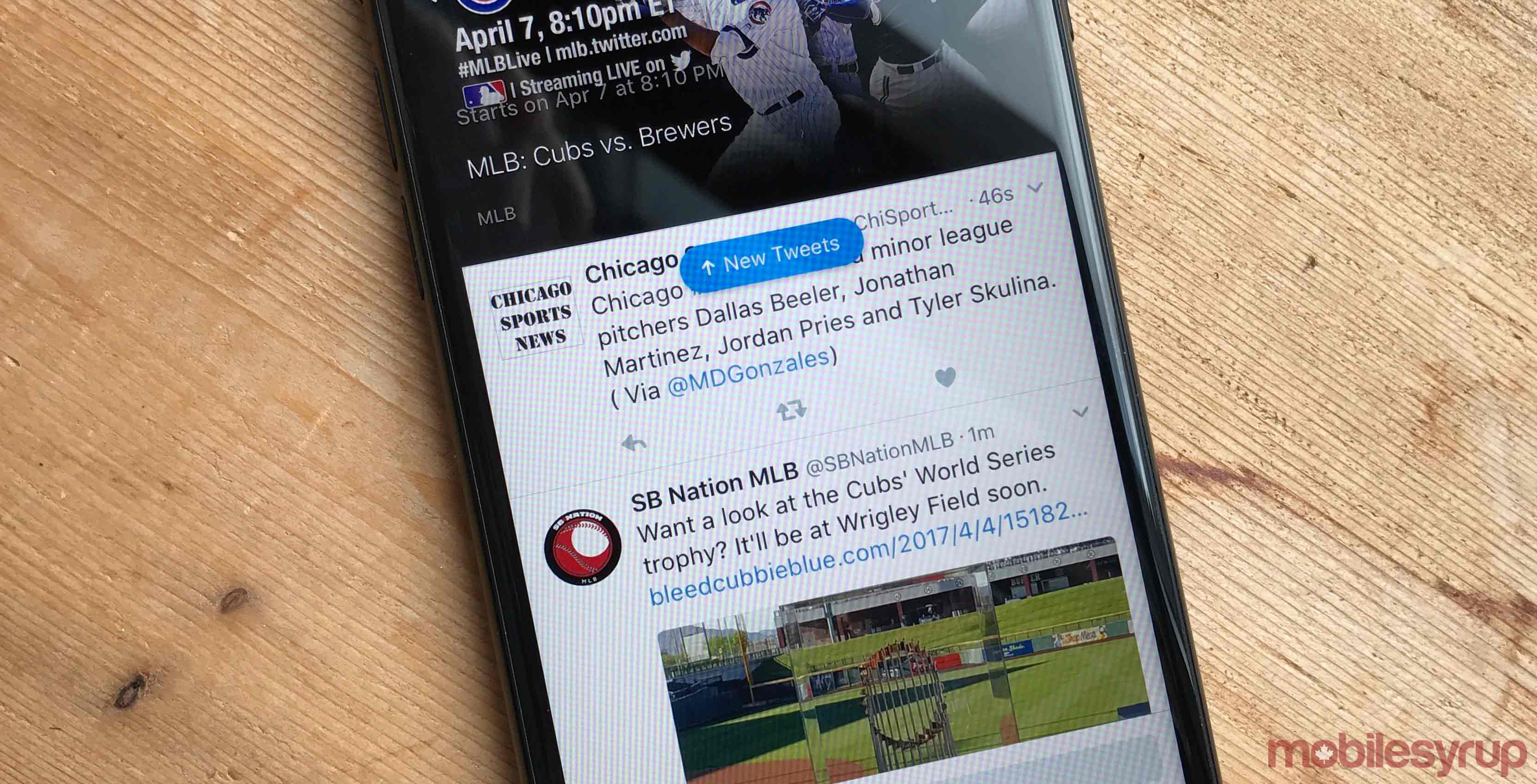 It seems there will be no Blue Jays games as part of the partnership, mainly due to licensing agreements with Rogers, however, Twitter will live stream out-of-market games once per week for free to those who are logged in, as well as those that are not. Games can be streamed from mobile phones, tablets, and PCs via mlb.twitter.com.

The first game is set to be between the Chicago Cubs (World Series Champs) who will take on the Milwaukee Brewers at 8:10pm EST.

“It’s a perfect companion to an already great sports experience on Twitter. We know that fans love to follow their favourite team, favourite players, and the conversation happens on Twitter and now this will add to the experience,” said Christopher Doyle, the head of partnerships at Twitter Canada, in an interview with MobileSyrup back in June.