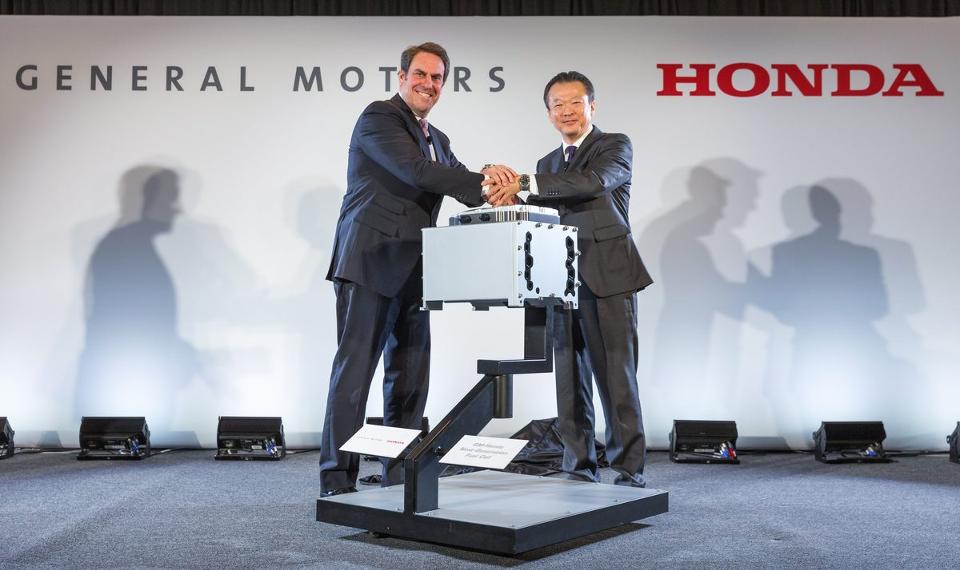 General Motors and Honda are forming a joint venture to mass-produce hydrogen cells together.

The new company will be called Fuel Cell System Manufacturing, and will set up shop in GM’s Brownstown, Michigan plant. The 479,000 square foot plant opened in 2009 and since 2010 has been making lithium-ion battery packs for GM’s plug-in vehicles, such as the Chevrolet Volt and Cadillac ELR. Production of the hydrogen cells is expected to start in 2020.

Each of the two automakers will contribute $85 million into the Fuel Cell System Manufacturing. One hundred twenty employees currently work at the plant, with an additional 100 jobs expected to be created by this venture.

While the two companies state that “water vapour is the only emission from fuel cell vehicles” and that hydrogen is “clean fuel or energy source” because it “does not release any CO2 at the point of use,” the environmental and consumer safety of the technology has been a point of contention in the industry.

GM built the first-ever hydrogen fuel cell electric vehicle (FCEV) in 1966 with technology it had developed for the space program. In the past 20 years, many companies have doubled down on investing into the tech.

In 2013, GM and Honda decided to partner together on fuel cell development. The goal is to commercialize the technology and offer more affordable FCEVs by the end of this decade.