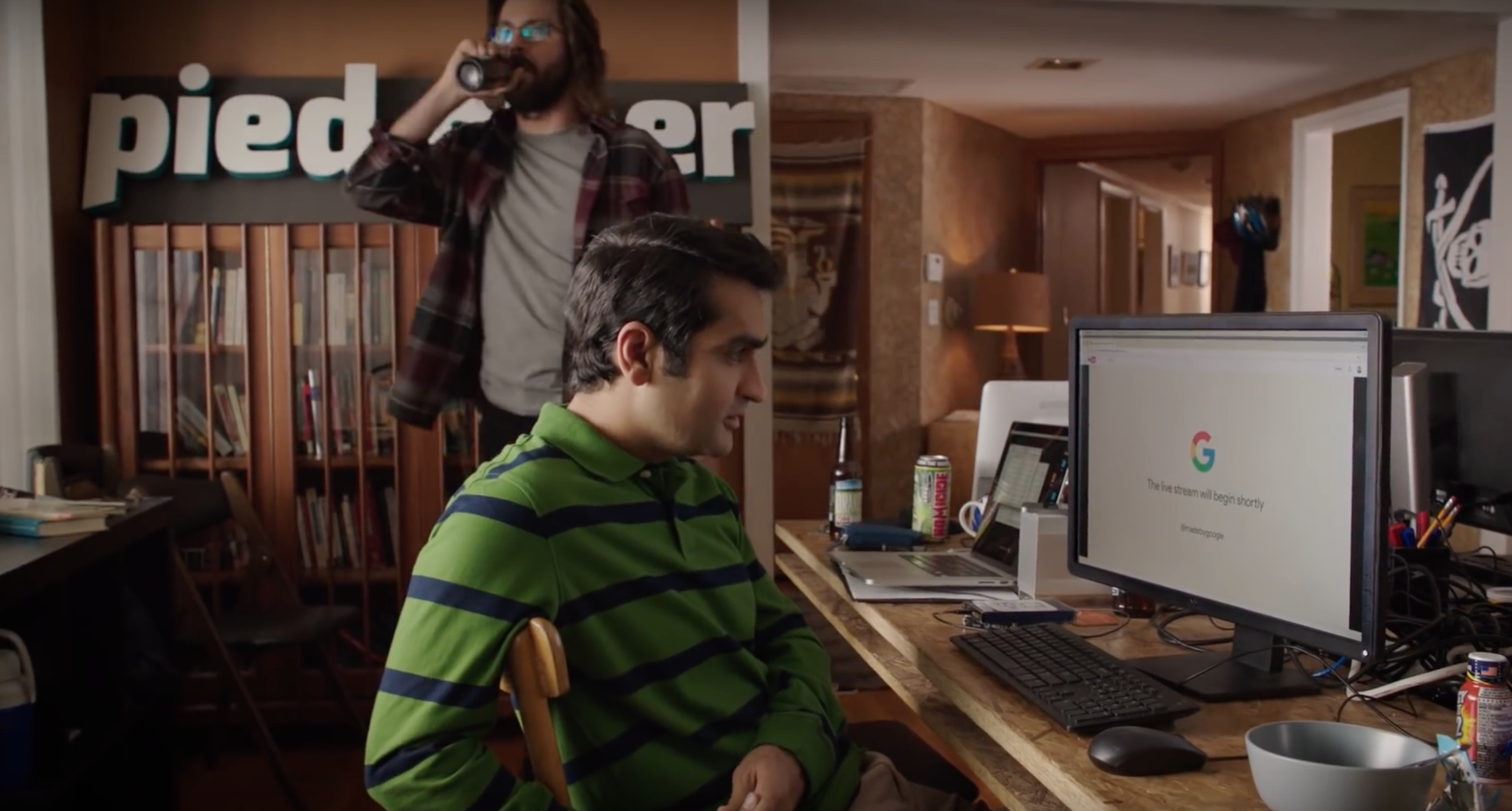 If you didn’t watch Google keynote yesterday, you may have missed the best part of the whole event — no, not the Pixel and Pixel XL announcements. Prior to the start of the keynote, Google played a funny short that featured Dinesh and Gilfoyle from Silicon Valley.

Silicon Valley, if you’ve been living under a rock, is a HBO comedy that details the founding and rise of a fictional tech startup called Pied Piper. Imagine the most stereotypical startup bros trying to navigate the Bay Area tech scene and you have the gist of Silicon Valley.

I’d say more about the skit, but it’s best to see it for yourself.