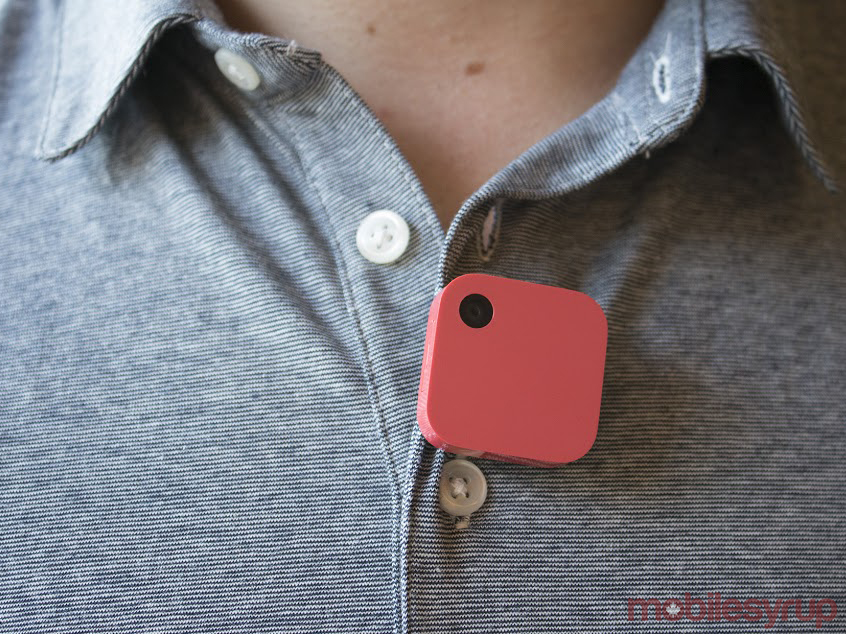 Sales of the compact clip camera, which is designed to be attached to a shirt, bag or other article of clothing, and then captures photos at incremental intervals over the course of the day, have ceased. The company revealed the information in message sent to all Narrative Clip owners.

Sad to hear that one of my fav wearables – the little wearable camera Narrative – is no longer 🙁 pic.twitter.com/yR4wybYzOh

Narrative says that despite the fact that it won’t sell anymore Clips, it has plans to continue aftermarket support for the device. Narrative says it has plans to release an app that retrieves the device’s cloud-based media and also allows users to view content directly on their phone. Currently Narrative’s footage is uploaded to the cloud where server-side processing selects the best photos to view.

It’s unclear if this method will work as well as Narrative’s server-side processing, though it’s very unlikely. Sifting through thousands of images to find the best pictures would take hours and part of the Narrative Clip’s appeal is that the company handled much of this processing.

Signs of Narrative’s end began to emerge back in July when the Swedish company revealed that it was undertaking “company reorganization because of “temporary financial difficulties.” It’s unclear what changed at the company since July, though it seems Narrative wasn’t able to secure funding to restart Clip 2 production.

The first-generation Narrative Clip was one of Kickstarters first crowdfunding stories with the Clip 2 following back in January 2015, a device with a higher-resolution sensor, integrated Bluetooth and Wi-Fi uploads.

Narrative’s support will now be handled by a user-managed Facebook group.