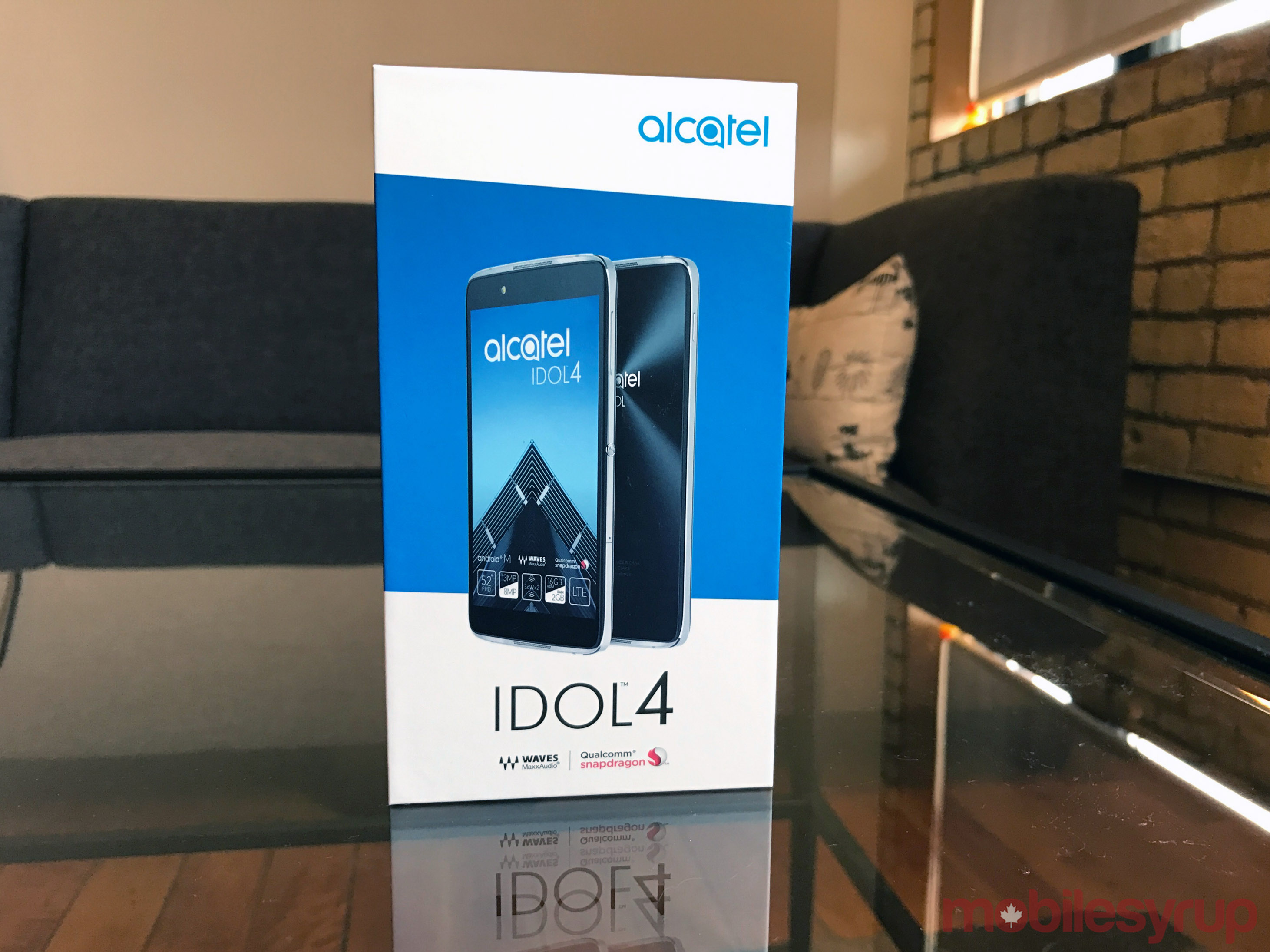 Alcatel has announced that its Idol 4 handset will launch with Virgin Mobile and Bell on September 30th.

Alcatel knows its market and is not competing against the premier handsets like the iPhone 7 or Galaxy S7, though despite its price tag, the Idol 4 features a glass body and full metal frame. In addition, the device sports a 5.2-inch 1920 x 1080 pixel display, Android Marshmallow 6.0.1 and a Snapdragon 617 octa-core processor. Additional specs of the Idol 4 features a 13-megapixel camera with an 8-megapixel front-facing shooter, 2GB RAM, 16GB internal storage, and a 2610mAh battery.

As for the cost, Bell and Virgin will sell the phone for $0 on a 2-year contract and $299.99 on a no term contract. Videotron will also sell the Idol 4 for similar pricing but with an included VR headset.