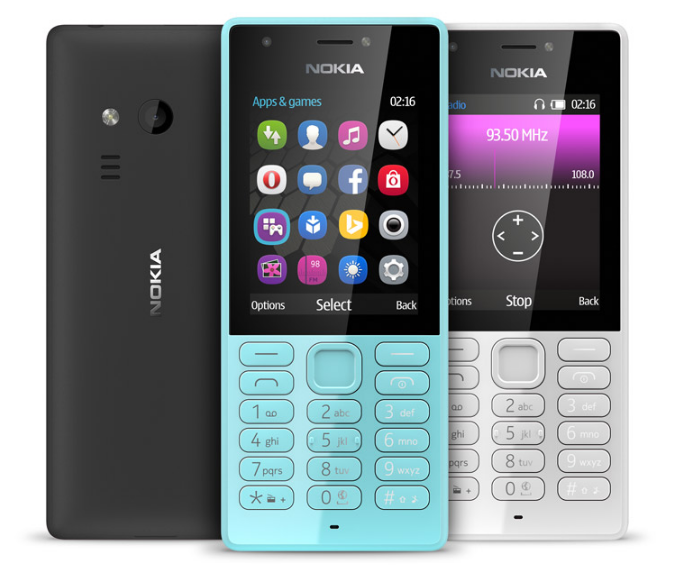 With the launch of a new Nokia phone, Microsoft has shown that it’s not quite done with the brand yet.

The debut of the Nokia 216 feature phone comes as a surprise to many, since Microsoft announced plans in May 2016 to sell its Nokia feature phone division to iPhone manufacturer Foxconn’s subsidiary FIH Mobile for $350 million USD.

The purchase of Nokia’s 4,500 employees, brand assets and Vietnam-based factory was made jointly with Finnish company HMD Global, which will have an exclusive license to create Nokia brand phones for the next 10 years.

The Nokia 216 is an inexpensive phone for basic use that features a keypad, 2.4-inch screen and a 0.3 megapixel camera. It runs on a 1020mAh battery, 16MB of RAM and features an Opera Mini browser. The device will be available in India next month for about $37.

In the press release announcing the sale of its feature phone division, Microsoft stated that it would “continue to develop Windows 10 Mobile and support Lumia phones such as the Lumia 650, Lumia 950 and Lumia 950 XL, and phones from OEM partners like Acer, Alcatel, HP, Trinity and VAIO.”

This statement omits mention of continuing to develop Lumia phones, leading to speculation that the tech giant is killing off its Lumia brand, while other rumours have pointed towards a Surface-branded smartphone hitting the market in 2017.

Meanwhile, Android Authority reported in August that Nokia executive Mike Wang confirmed the brand would unveil three or possibly four new smartphone and tablet devices due in the fourth fiscal quarter of 2016.