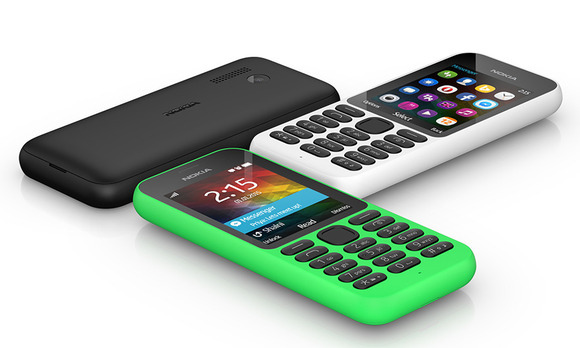 Microsoft has announced the sale of its feature phone division, initially acquired by the company when it bought Nokia’s mobile division in 2013 for $7.2 billion USD, to Foxconn subsidiary FIH Mobile for $350 million USD.

The sale includes all of the division’s approximately 4,500 employees, as well as Nokia brand assets and the Hanoi, Vietnam-based factory that manufactured the phones for Microsoft.

Foxconn purchased Microsoft’s feature phone assets in partnership with HMD Global. The latter is a new Finnish company that has been granted an exclusive global license to build Nokia branded phones and tablets for the next 10 years.

In short, this deal means we may see Nokia phones make their way back to Canadian discount wireless brands like Chatr and Wind Mobile.

The deal is expected to close later this year.

During its most recent fiscal quarter, Microsoft reported it sold 2.3 million Windows Phone devices, a drastic decline from the 8.6 million smartphones and feature phones it sold during the same time period last year. Since Microsoft acquired Nokia’s mobile division, worldwide feature phone sales have continued to decline year over year.

For what it’s worth, in the press release the company sent out to announce the sale, Microsoft says it’s still committed to making smartphones. “Microsoft will continue to develop Windows 10 Mobile and support Lumia phones such as the Lumia 650, Lumia 950 and Lumia 950 XL, and phones from OEM partners like Acer, Alcatel, HP, Trinity and VAIO,” said Microsoft.