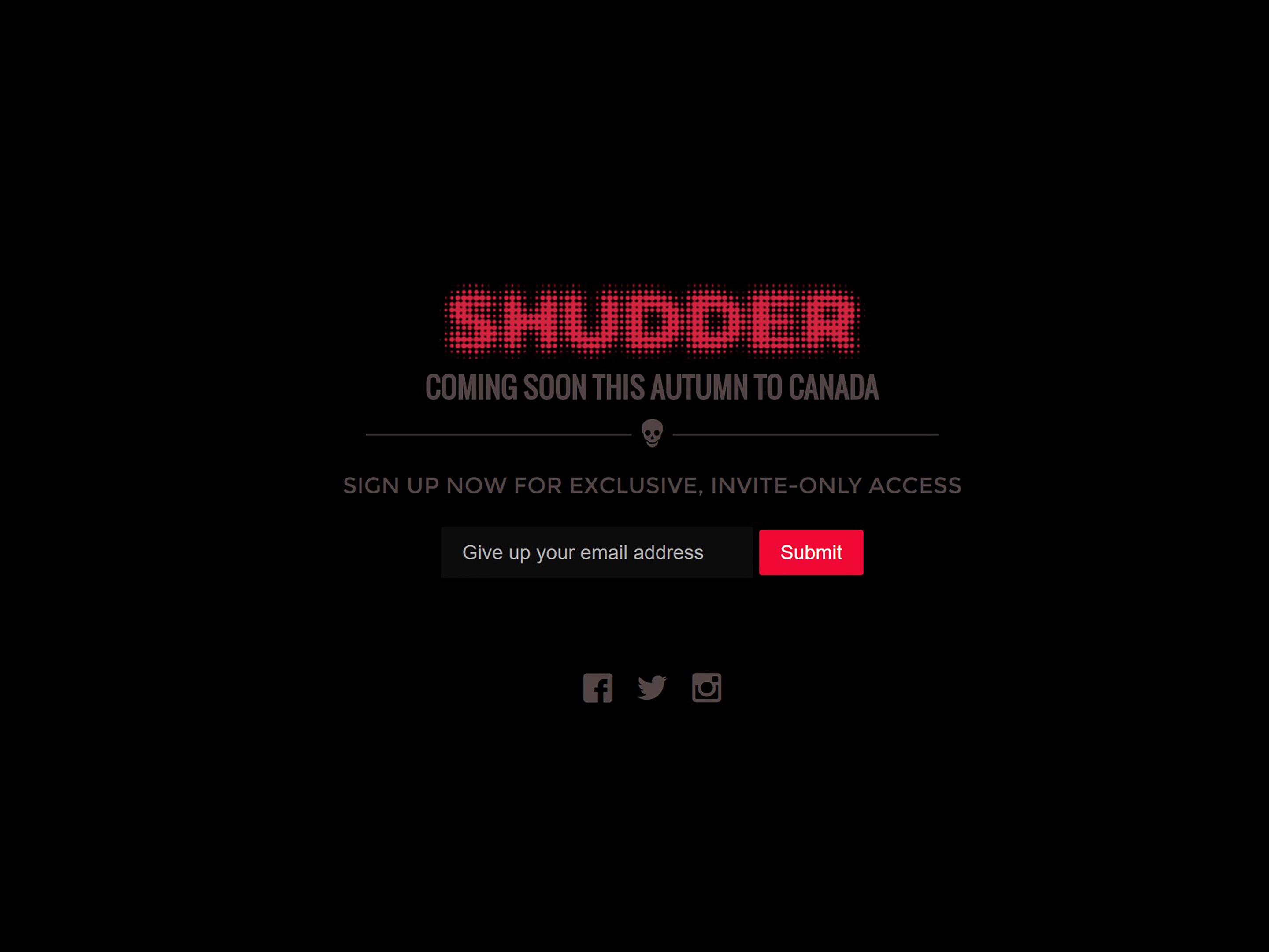 As Canadians, we often end up missing out on some of the streaming industry’s biggest platforms, whether it’s Hulu, Amazon Prime Instant Video or HBO Now.

AMC, however, has plans to bring its horror steaming service, dubbed Shudder, to those of us north of the wall.

A spokesperson for AMC Networks confirmed to Cartt.ca that Shudder, the network’s dedicated horror streaming platform, will come to Canada this October, just in time for Halloween. Monthly subscriptions will be priced at $4.99, with a $49.99 a year subscription fee also available.

Shudder launched in the U.S. back in the summer of 2015 and is starting its international roll out, with Canada being the platform’s first launch region. The service hopes to serve a niche audience that existing Canadian streaming services like Netflix, CraveTV and Shomi only sometimes dabble in.

The platform is expected to launch with 300 titles. Interested users can submit there email to Shudder in order to get “exclusive, invite-only access to the platform.” It’s unclear what platforms Shudder’s app will launch on, though in the U.S. the service is available on iOS and Android.