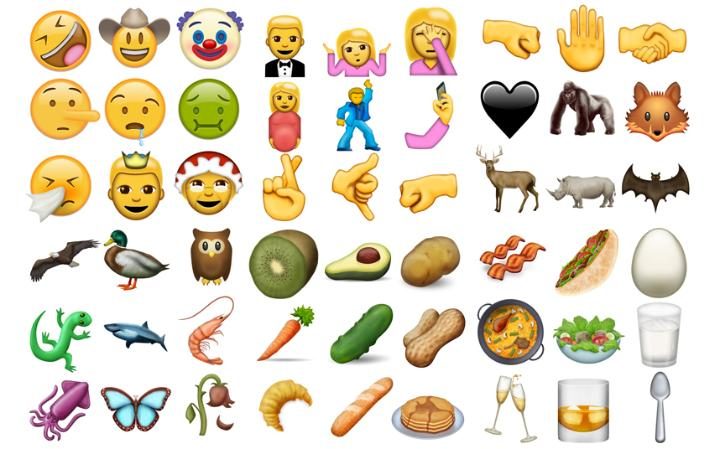 The Unicode Consortium, the non-profit organization that oversees and creation and approval of new smartphone emojis, has approved 72 emoji as part of its annual update process.

Set to be officially released on June 21st, the new characters, which will add to the 1,601 already in existence, fill in some notable gaps in the Unicode library.

In particular, long after a certain starship captain popularized the face palm, Snapchat mavens will be able to use the expression to express disbelief and exasperation when messaging their friends and family members. Similarly, Unicode 9.0 also adds a selfie emoji, as well as a shrug emoji.

Ahead of the 2016 Summer Olympics in Rio, the list of approved characters also includes a number of sports-related emoji, including ones that represent medals and Olympic sports like wrestling and water polo.

Unfortunately, baring a herculean effort by both Apple and Google, it’s unlikely smartphone users will be able to use these emoji in time for the Olympics later this summer. More likely these Unicode 9.0 emoji will be added alongside the release of iOS 10 and Android N, both likely set to come out this fall.

What’s your favourite new emoji? Tell us in the comment section below.