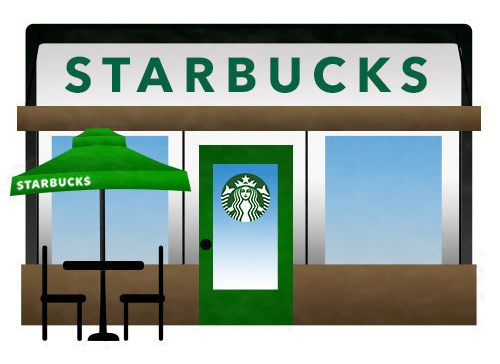 The Starbucks Emoji keyboard has finally arrived, and it looks suspiciously like the Tim Hortons EHMoji keyboard, released in June of last year.

That’s because the U.S.-based company behind the EHMoji keyboard, Snaps, has also worked their magic to bring a Starbucks-drinking unicorn emoji to the masses. 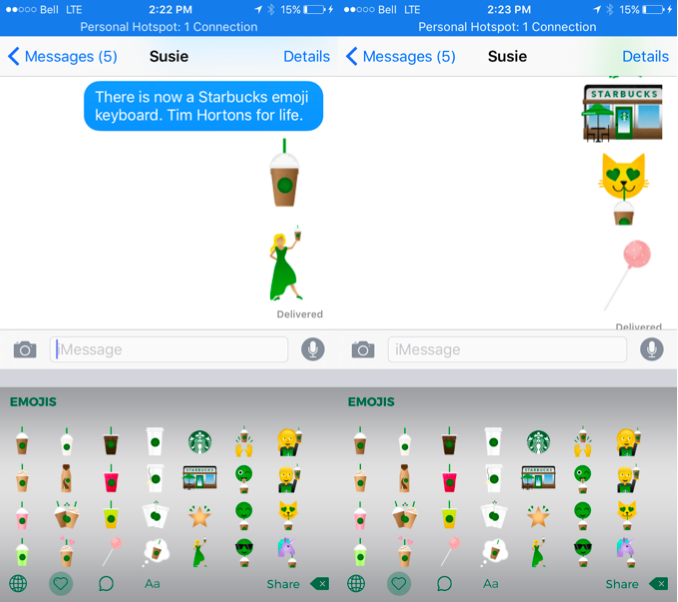 The keyboard features several emojis representing the coffee-company’s most beloved drinks and some interesting twists on multiple already existing emojis.

In addition to the coffee-loving unicorn, the options include a Starbucks storefront, the iconic mermaid logo and raised hands praising a cappuccino.

In order to access the keyboard after downloading it from either the App Store or the Play Store, simply enable the option in Settings. 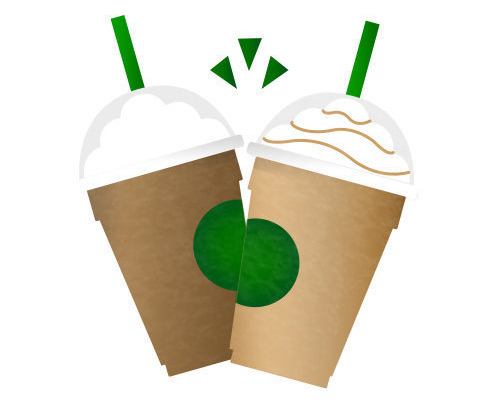 The keyboard is available not only on iOS and Android, but on external keyboards such as WhatsApp and Facebook Messenger.

Starbucks says it will roll out more drink emojis throughout the year, so stay tuned.