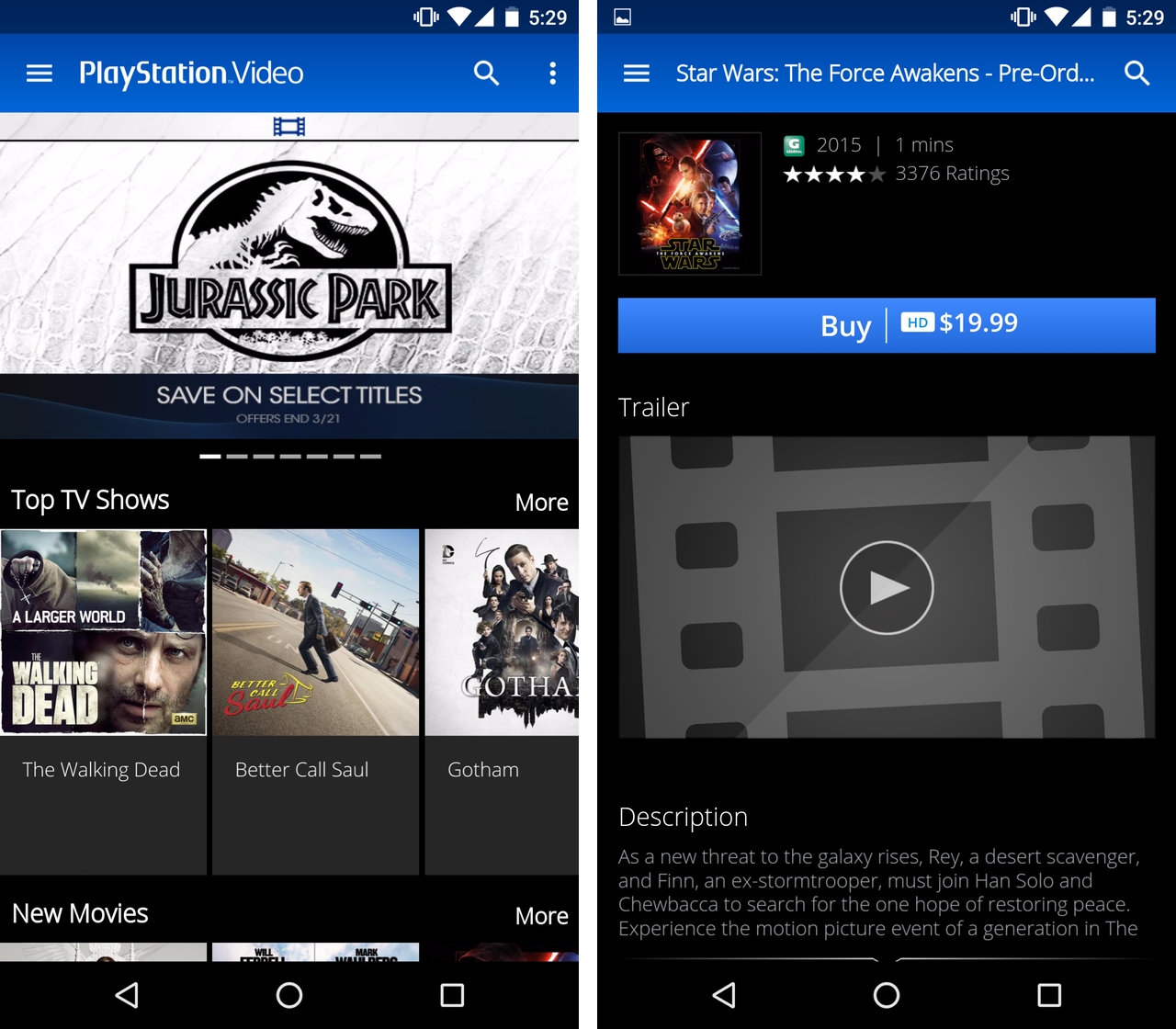 For anyone that owns a PlayStation 4, PlayStation 3 or PlayStation Vita, and buys movies and TV shows from the PlayStation Network (PSN), you can now watch the content you bought from Sony’s e-commerce store on something other than a game console.

Sony announced and launched PlayStation Video, an Android app that allow PSN users to view video content they’ve bought from the company’s e-store on their smartphone or tablet. After just one day availability on the Google Play Store the app has earned favourable reviews. For the most part, it looks like the majority of PSN users are just happy to have their content not locked to one device.

While Sony notes in the app description that “Movie and TV Content is subject to availability and may vary across regions. TV content is currently unavailable in Mexico and Brazil.” However, we were able to download content with no issue in Canada.

Download the PlayStation Video app from the Google Play Store.