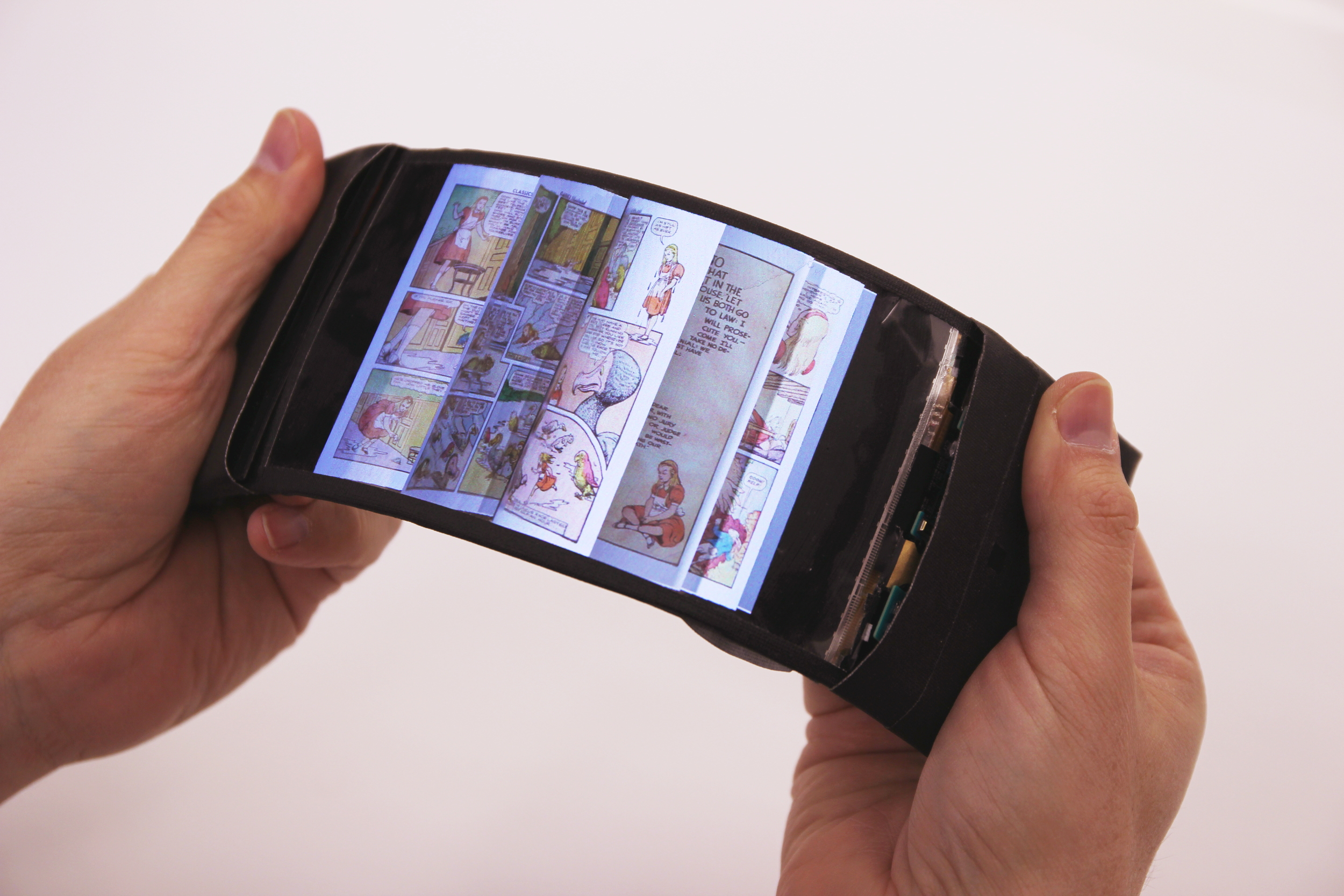 While companies like LG and Samsung have been showing off concept flexible phones for a number of years, the first group to create a smartphone that actually uses the technology in a meaningful way are researchers from Queens University.

ReFlex is the world’s first full-colour display that is powered by Android 4.4 KitKat. The prototype has a multi-touch pressure sensitive display that gives tactile feedback. 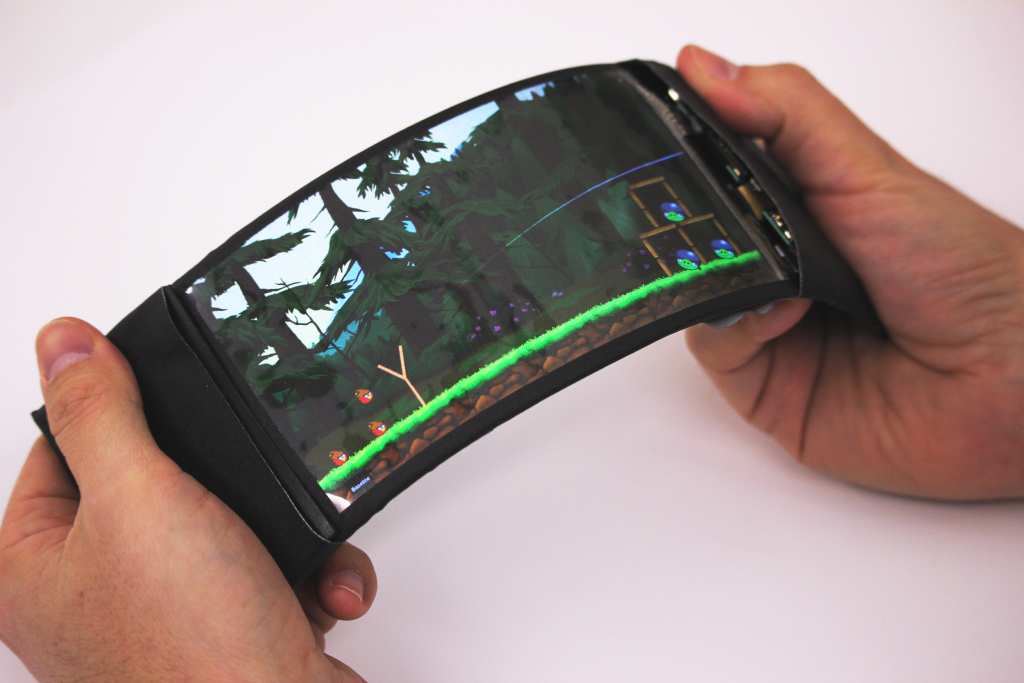 “This represents a completely new way of physical interaction with flexible smartphones,” says Roel Vertegaal, director of the Human Media Lab at Queen’s University. “When this smartphone is bent down on the right, pages flip through the fingers from right to left, just like they would in a book. More extreme bends speed up the page flips. Users can feel the sensation of the page moving through their fingertips via a detailed vibration of the phone. This allows eyes-free navigation, making it easier for users to keep track of where they are in a document.”

The research team released a video to show off the ReFlex in action. Vertegaal believes that bendable, flexible smartphones should launch within five years, but reports from both Samsung and LG have pointed to bendable smartphones arriving by the end of 2016 or early 2017.