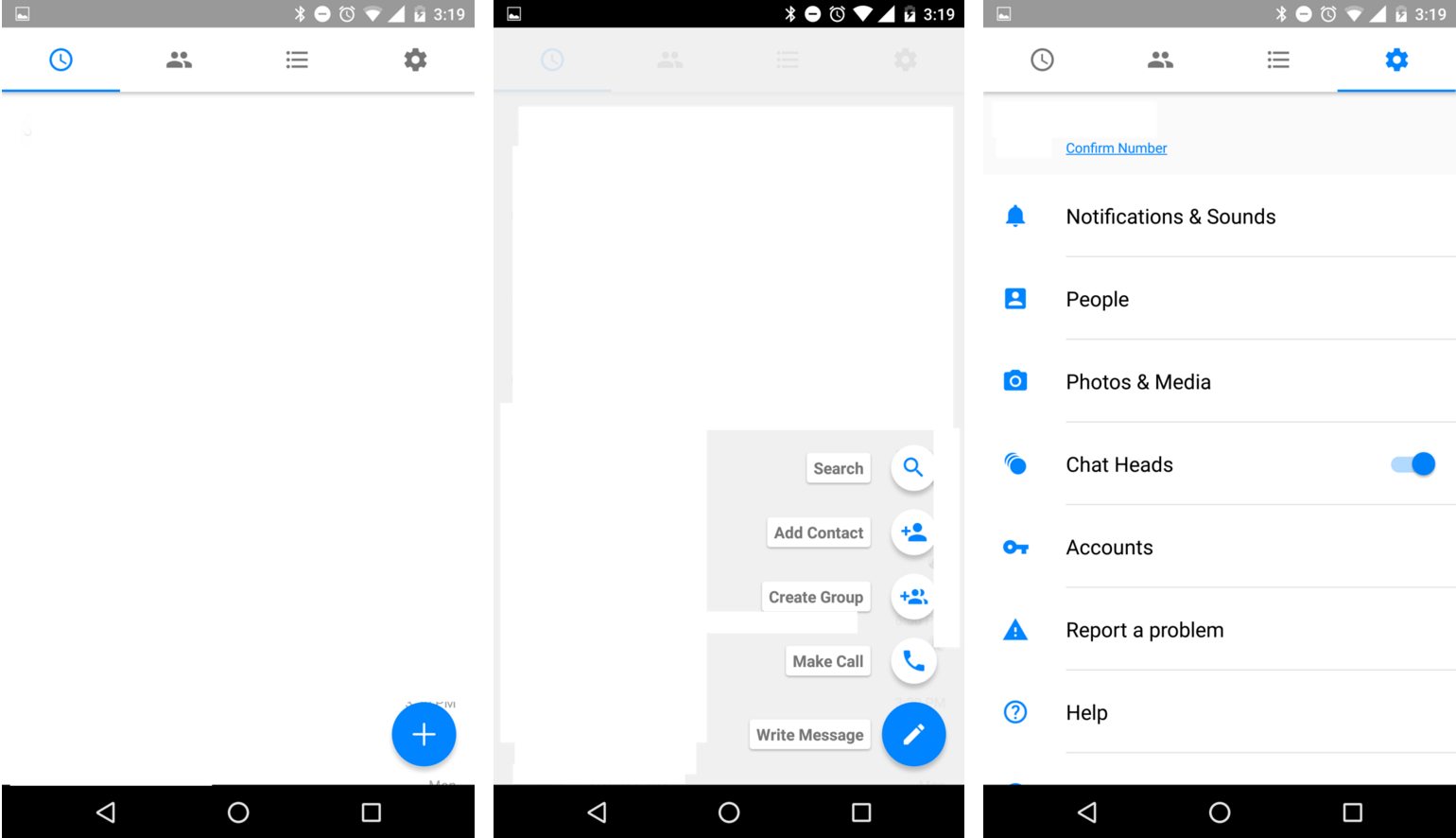 Since its unveiling at Google I/O 2014, thousands of developers have adopted the sleek, albeit bright aesthetic direction.

One app developer, the biggest in the Google Play Store, hasn’t adopted Material Design, but it looks like that could change in the near future. Over the past few years, Facebook has been slow to adopt a cohesive design for its Android app, instead opting for a different look with each user interface overhaul. However, according to a recent post on Reddit, that could soon change.

Through what looks like a server side update to Facebook’s Android Messenger application, one Reddit user seems to already have full access to an upcoming Material Design version of the app. This update doesn’t seem to be a complete overhaul of Facebook Messenger, and instead is a subtle shift towards Google’s design language. A floating action button, allowing users to more easily compose messages, and a series of easy-to-access option bubbles, have been added to the app as well.

It’s likely that at this point Facebook is only testing the update with a select number of users, with plans to roll out a full version of the feature at some point in the future.

It’s unclear if Facebook also plans to update its core app to better fit in with the rest of Android.