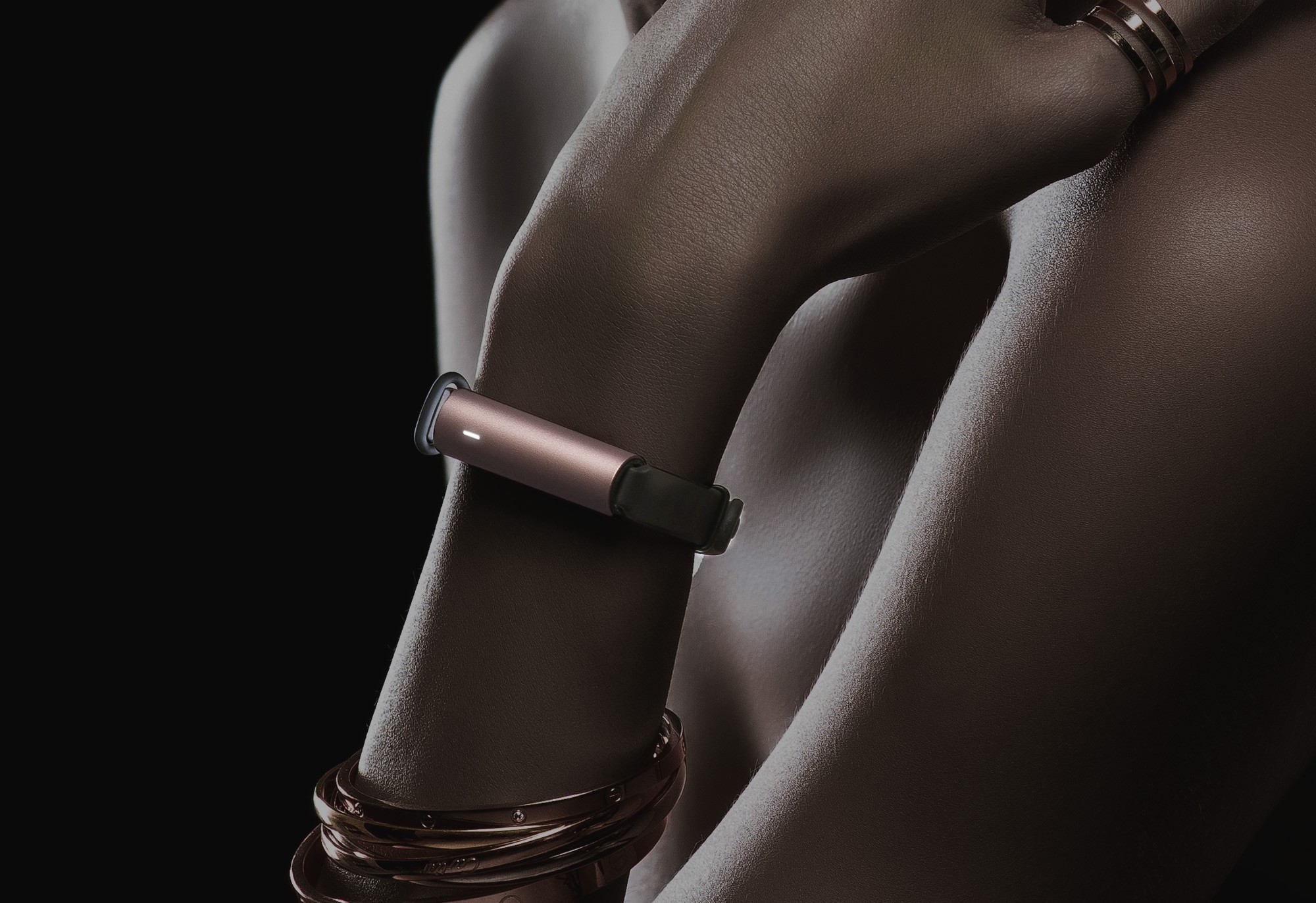 Activity trackers mostly look the same these days, and many force users to choose between fitness monitoring and fashion sense. Misfit is a wearable company that hopes to change that, with a line of sleek fitness trackers for a variety of different activities.

Today, the company released its latest and most striking wearable design, the Ray. The wearable device can track steps, total distance travelled, calories, and sleep patterns. As with Misfit’s other products, the Ray also gets around six months of battery life on one charge, which is impressive considering its size and smarts.

The only hint to strangers that the device is more than a bracelet is a small LED for notifications. The accompanying band comes in both rubber sport and leather models, for $100 and $120, respectively. All activity data syncs to the Misfit’s iPhone or Android app, and also integrates with Misfit’s Link app, which is also capable of controlling smart home products.

This release is the first from Misfit since the company was purchased by the Fossil Group at the end of last year, though the product has been in development long before that. The company is now working hard with Fossil to integrate smart tech into more fashion brands, with over 100 wearable devices currently in development at the two companies.

Source: Misfit Via: The Verge

Misfit’s new Shine 2 wearable will be available in Canada on November 1 for $139.99 CAD