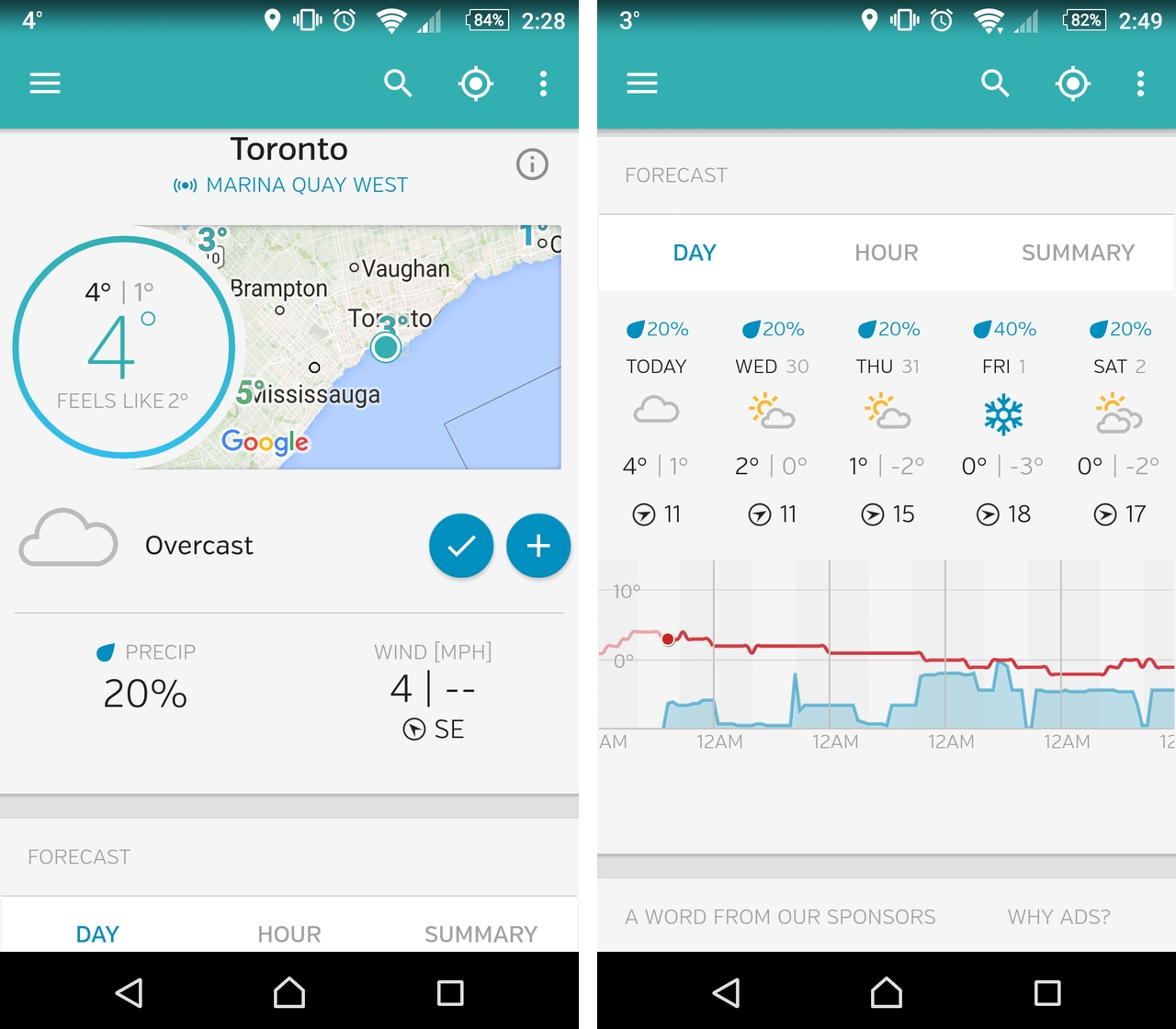 When it comes to weather apps, those of us with an Android phone have slim pickings compared to our peers on iOS. With apps like Atmos, Dark Sky, and Tempo — to name just a few — it’s easy for an iPhone user to find the exact weather app that perfectly fits their taste.

The good news is one of the Android’s best weather apps, Weather Underground, just got a major update. With this latest update, the developers behind the already comprehensive app have not only added new features and user experience improvements to the Weather Underground experience, they’ve also made their app a lot easier on the eyes.

Gone is crowded mess of the app’s previous incarnation; instead, what’s here is now a lot easier to parse. All the useful information that helped set Weather Underground apart is cleanly displayed thanks to a strict adherence to Google’s Material Design guidelines. Weather Underground purists who miss the app’s old look can still use a dark theme; in fact, one of the nifty new features in this release is it’s now possible to customize in what order the app displays information.

On the added feature front is a new a tile that reports weather factors that can have an affect on a person’s health like air quality such as UV index. Additionally, Weather Underground now displays a 10 day forecast where it’s possible to see a breakdown of each day’s weather hour by hour.

An ad-supported version of Underground Weather is free to download from the Google Play Store. A yearly $2.18 CAD subscription removes the ads.