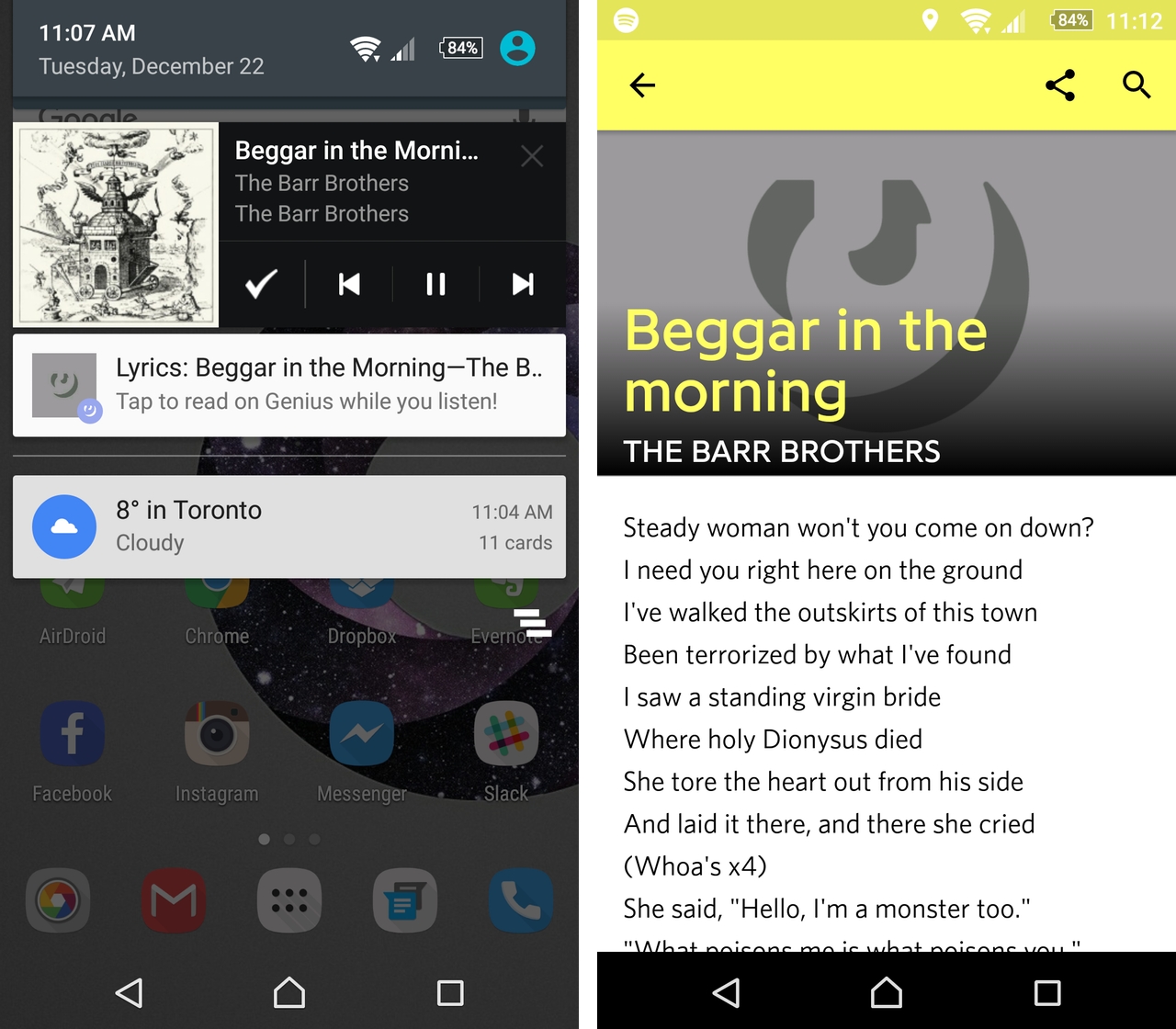 Genius, the app that allows users to look up song lyrics and delve into their deeper meaning through expert-written annotations, just added a killer feature with the latest update to its Android app.

The app is now able to detect the song the user is listening to and provide, in real time, the lyrics to said song. It can do this while you’re listening to music through any app, including Spotify, Google Play Music and Apple Music, and you get a notification as soon as a new song starts playing, inviting you to check out its lyrics.

To enable the feature, all you need to do is download the update and grant Genius permission to access your notifications. Due to the fact this feature is dependent on several specific media APIs found in Android, it’s unlikely it will come to iOS, so Android users get something they can brag about to their iPhone-owning friends.

Download Genius from the Google Play Store. An iOS version of the app, sans lyric notification feature, is available on the iTunes App Store.