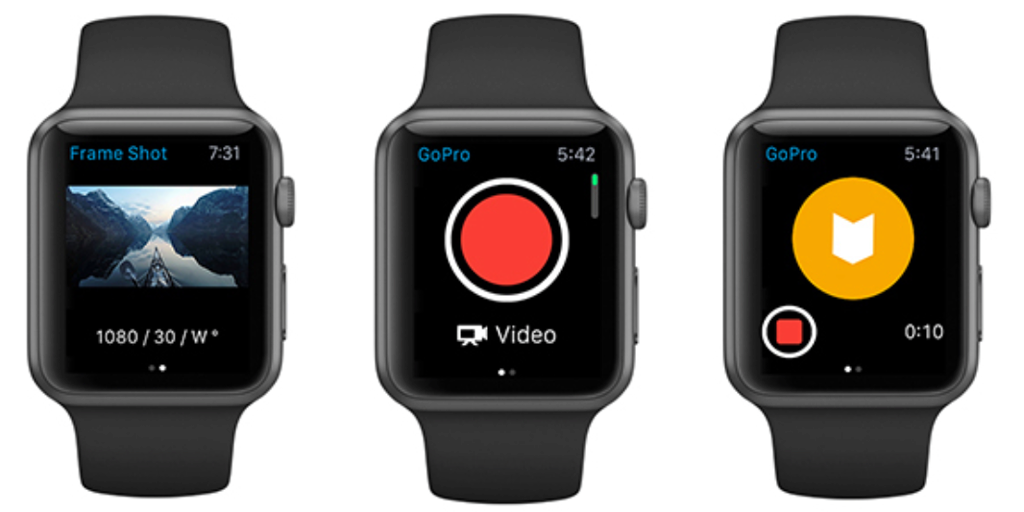 The latest update to GoPro’s iOS app may make some GoPro owners jealous of their Apple Watch-toting peers.

Instead of using a dedicated accessory to control a GoPro camera, those with an Apple Watch can now use the smart wearable to tell their action camera to start and stop recording videos, as well as to snap a photograph.

Besides allowing the user to start and stop a recording, using the app Apple’s wearable can also be used to preview shots, and add HiLight tags to videos for later reference.

GoPro has also added several new features to its iOS app. To start, it’s now possible to use the app to pull still images from videos, allowing users to find the perfect photo to use for a YouTube caption.

Additionally, a new filter implementation makes it faster to find a specific piece of content. Lastly, with the exception of videos show in 4K, everything shot with one of the company’s cameras can now be previewed on the iOS app.

The app is compatible with all GoPro cameras that feature built-in WiFi connectivity.