The Royal Bank of Canada has just updated its iOS app.

With this latest release, version 4.2., RBC has expanded the app’s Apple Watch functionality, allowing users to check their balances, as well as locate the bank’s branches and ATMs.

More significantly, the app now allows users to purchase gift cards, send them to friends and family, as well as track each card’s balance. Lastly, borrowing a page from some of its competitors, there’s now a quick balance feature that checks account balances without logging into the app. 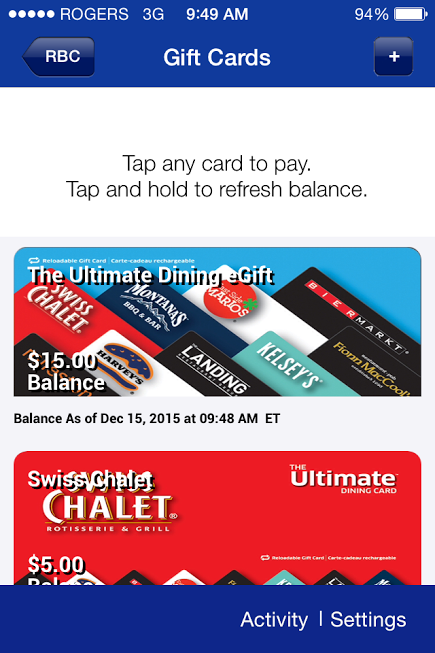 In October, we spoke to Jeremy Bornstein, the bank’s head of payments innovation. He detailed how RBC plans to expand the functionality of its app beyond something people use to just check their account balances.

Correction: the gift card functionality is already available in the Android app, and has been for a number of weeks.