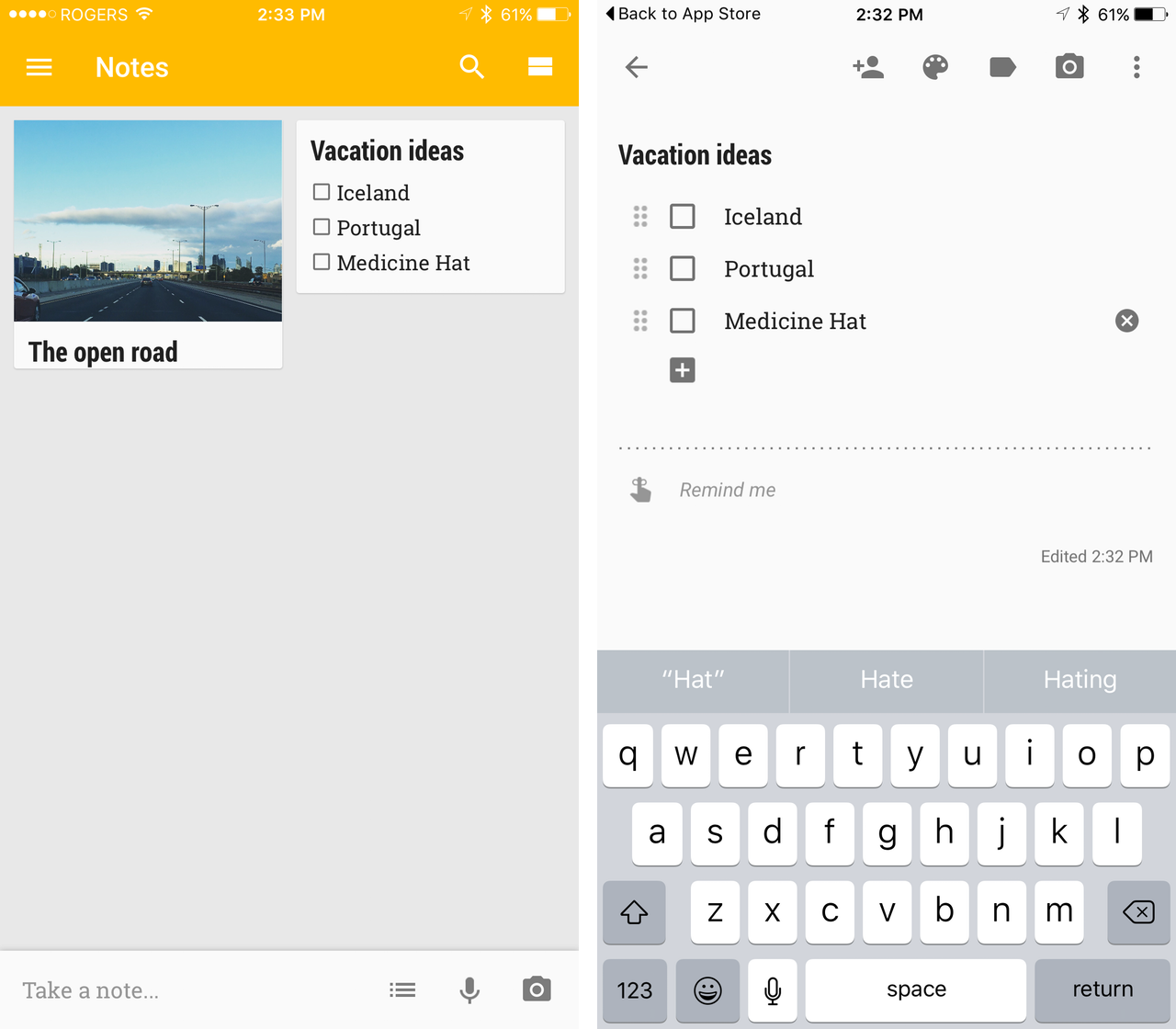 Compatible with both the iPhone and iPad, Keep is an ultra simple note-taking solution that lets users take notes, create checklists, archive voice memos, or upload photos, with fast syncing through Google’s servers.

While not as feature-rich as Evernote or Microsoft OneNote, Google Keep has built up a base of loyal users enamoured with its reliable sync and attractive UI. And while the web-based version kept iOS users satiated for the two and a half years it was exclusive to Android, it’s nice to see Google finally create a native version for iPhone and iPad. Why it took so long remains a mystery.

The iOS version of Keep supports the same feature set as its Android counterpart, including time- and location-based reminders, collaboration, and ultra-fast search.