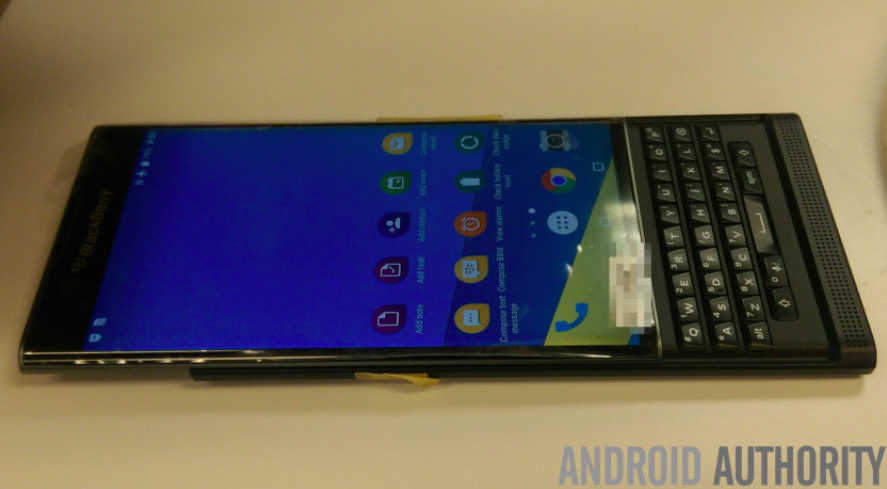 Fresh from making a head-turning appearance at the Toronto International Film Festival, the BlackBerry Venice Slider has once again found its way online. This time courtesy of several images obtained by Android Authority that show, in detail, the tweaks BlackBerry has made to the Android operating system.

The good news is that it looks like BlackBerry has restrained itself from making drastic alterations to the base OS.

For instance, one of the images clearly shows that swiping up on the home button brings up additional shortcuts when compared to stock Android. There’s the standard Google Now shortcut, as well as ones that look devoted to local search and the messaging app. 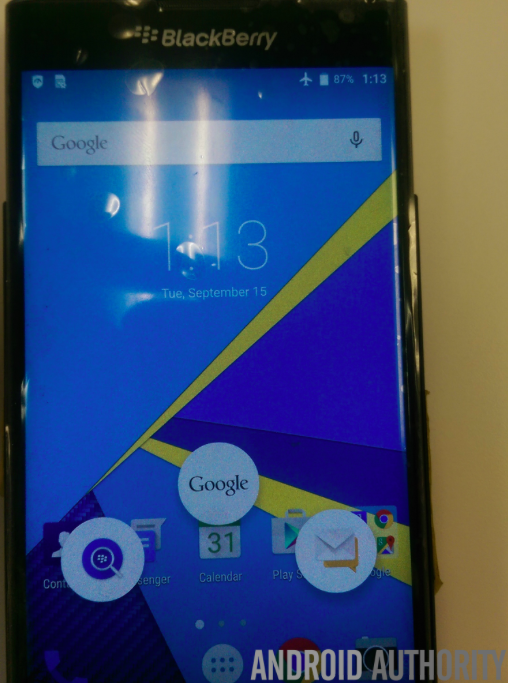 Speaking of shortcuts, the other images don’t show this, but according to Android Authority‘s anonymous source, there are also a variety of keyboard shortcuts baked into the operating system. Additionally, one image shows that it’s possible to plant shortcuts on the home screen that help take the user to specific functions within an app — for example, there are several that allow one to jump directly to the compose functions in BBM and email apps. 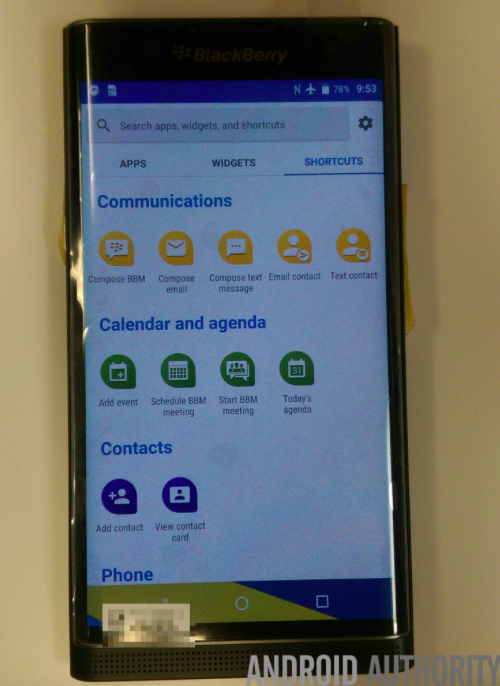 BlackBerry seems to have taken some inspiration from Piet Mondrian for its app switcher; instead of the list-like view that’s in Lollipop, we have what looks like a grid like view. Of all the software changes present in the leaked images, this utility of this one looks the most suspect. 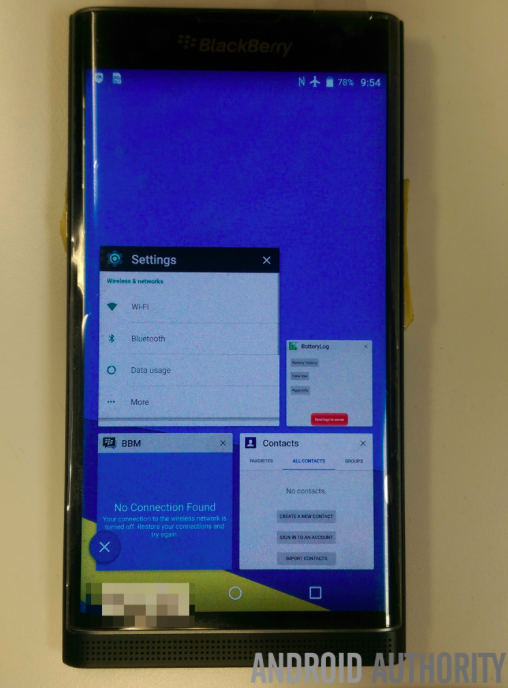 This isn’t the first we’ve seen some of the software the Venice slider is set to run. Late last month, a video leaked of the smartphone version running an Android version of BlackBerry’s productivity suite.

BlackBerry is expected to finally announce the Android-powered device sometime in November.