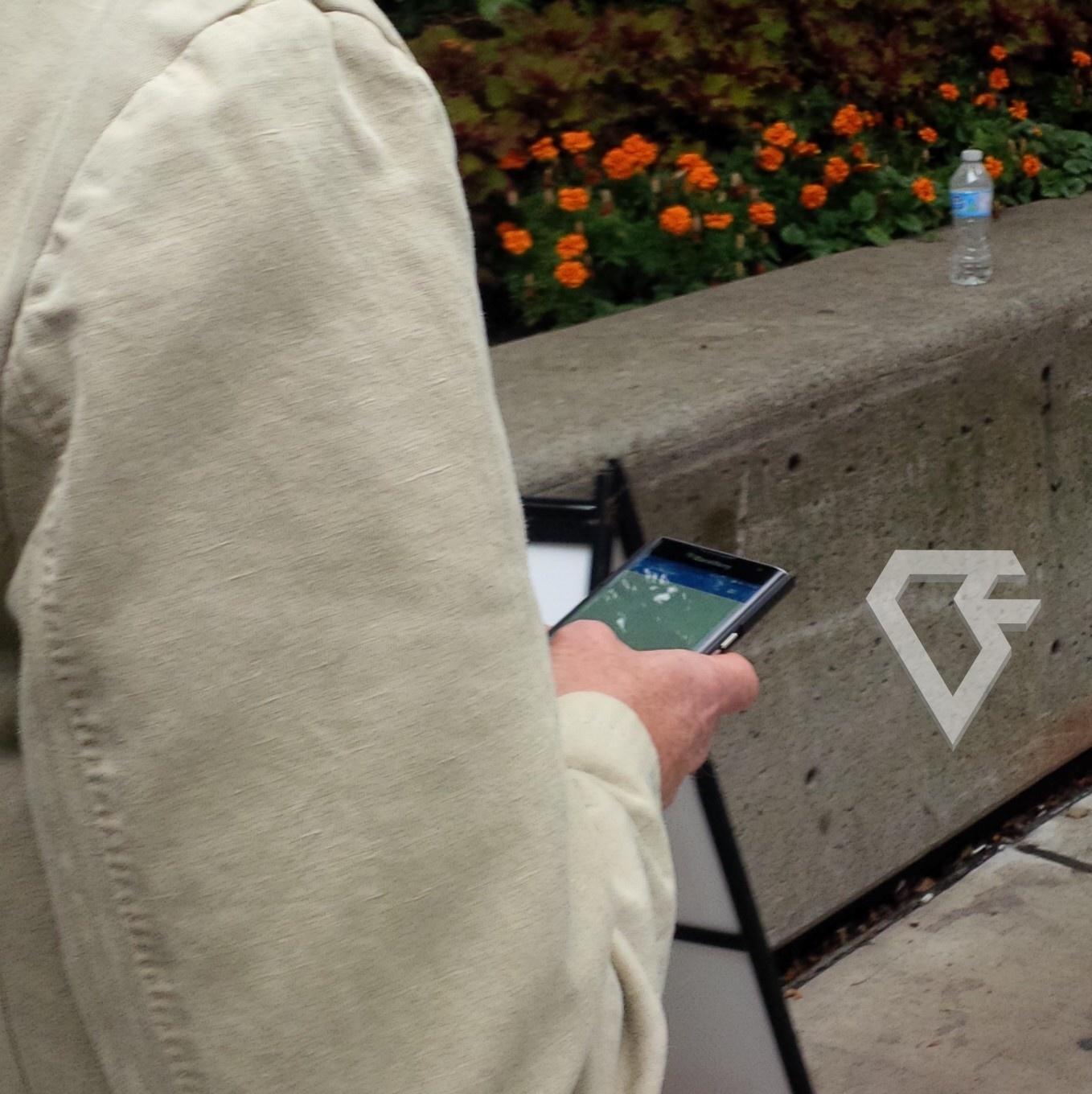 BlackBerry’s Android-powered “Venice” slider has been floating around since March, when the company briefly unveiled it at an event during Mobile World Congress. Since then, BlackBerry has been quiet, but the leaks have been accumulating.

The latest sighting of the slider has been amidst all the celebrities at the Toronto International Film Festival (TIFF). The picture above reveals the Venice in a case, providing a relatively clear shot of the dual-curved display, along with a silver bezel around the sides

We still have no indication as to when BlackBerry will launch the QWERTY slider, but leaks suggest the device will run Android Lollipop, a 1.8 GHz Snapdragon 808 processor, 3GB RAM, a 5.4-inch 2560×1440 pixel display, an 18MP OIS camera, and a 5MP front-facing camera.

Related: BlackBerry ‘Venice’ slider shown off from all angles