Microsoft brings Word, Powerpoint and Excel for Android out of preview 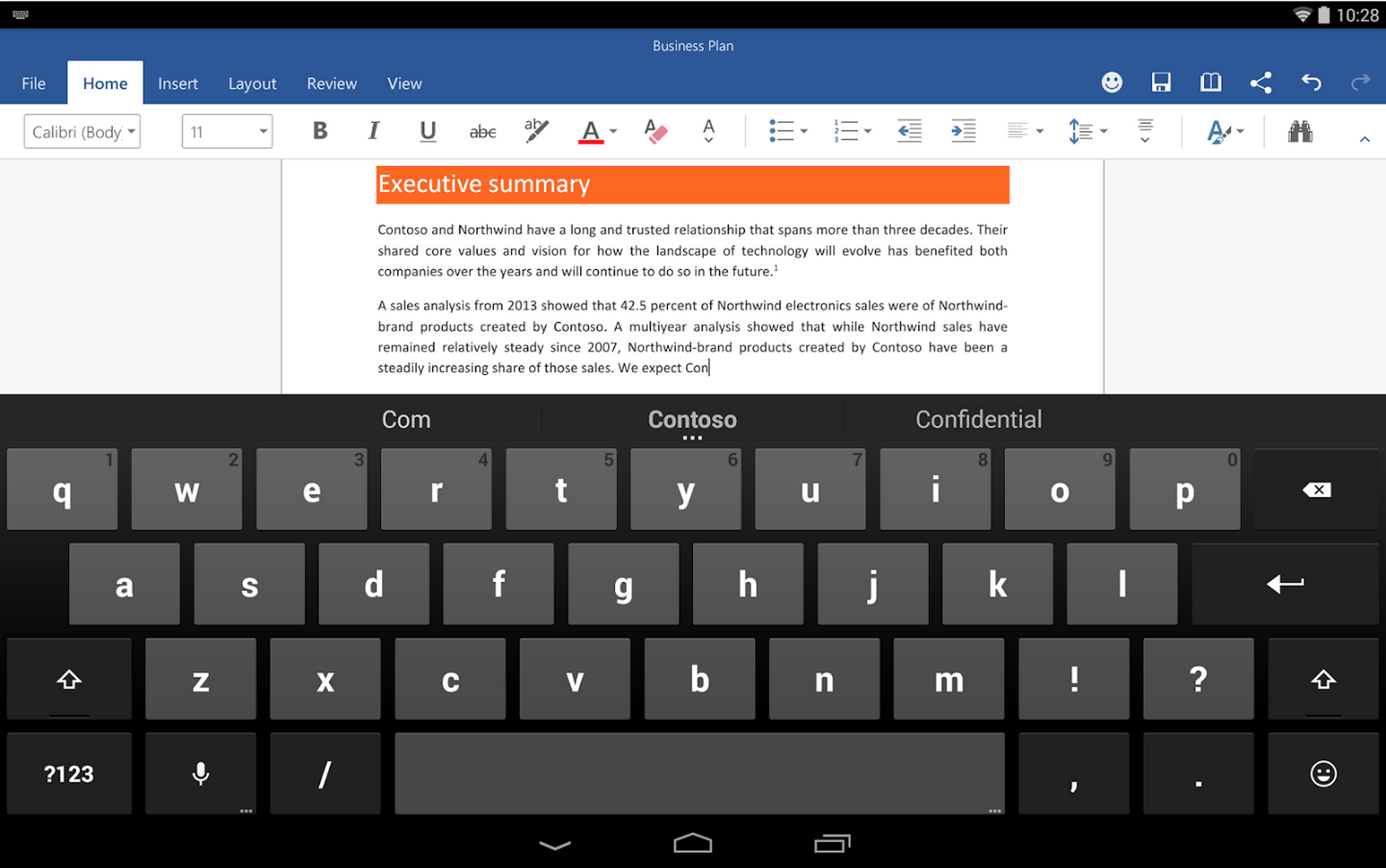 After more than 250,000 downloads, Microsoft is removing the “preview” tag from its Android tablet versions of Word, Powerpoint and Excel. The company says that the apps are now feature-rich and stable, working in 110 countries and localized for 33 languages.

Microsoft admits one glaring omission, which it is trying to rectify as soon as possible: These clients lack x86 chipset support, so no Intel-based Android tablets can run them at the moment. The wait shouldn’t be long though: A blog post says that “We are also committed to supporting the Intel chipsets via a native implementation that will be available within a quarter.”