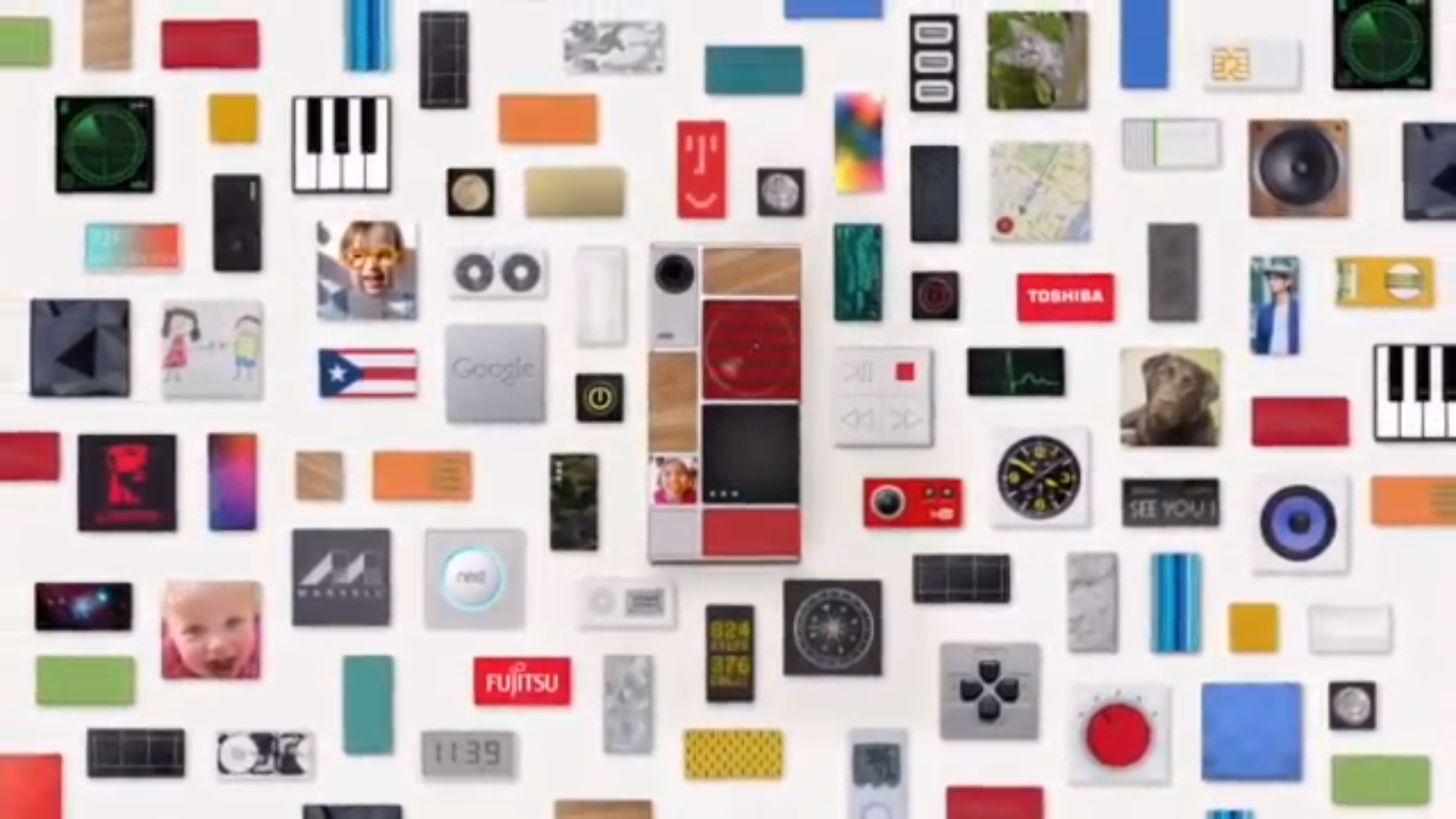 This morning, Google’s ATAP division revealed new details of its upcoming Project Ara ecosystem, the modular platform that the company hopes will fill the gap between feature- and smartphones.

Google will launch a market pilot for the program in Puerto Rico later this year, and will distribute a number of ‘endos’, or endoskeletons, as well as specific modules, in partnership with Ingram Micro. Google plans to use modified food trucks to sell endos and modules directly to consumers. 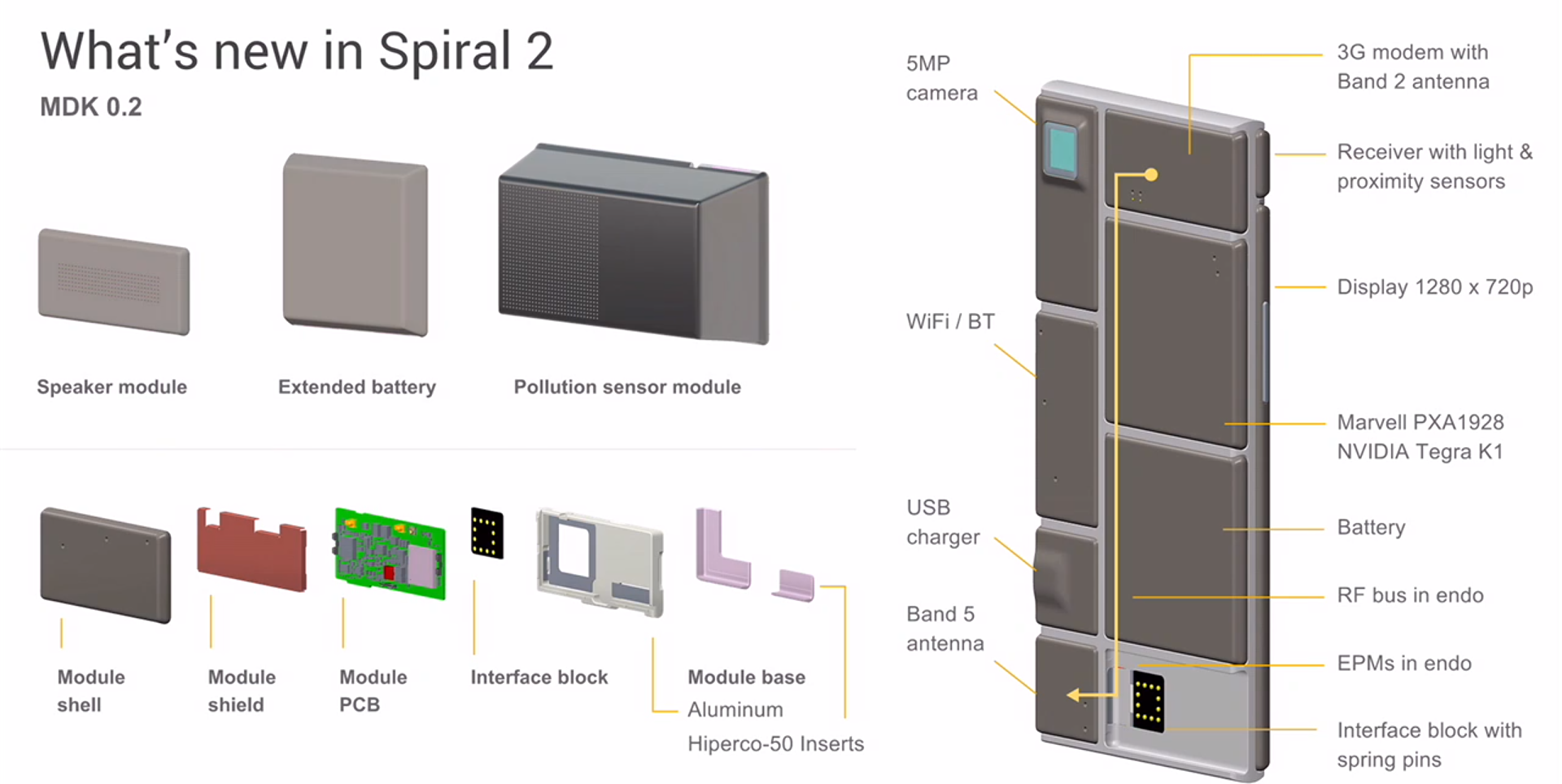 The company plans to make release a new version of its MDK (Module Developer Kit) today, called Spiral 2, along with designs for three new modules: a speaker; an extended battery; and a pollution sensor. These, along with a redesigned body — Google has integrated the module’s EPM (electropermanent magnet) into the endo, freeing up around 30% of the module’s space — will see a more standardized design ethic for modules going forward.

The new endo design also supports a 3G/WiFi modem, which will allow users to install a SIM card and use the device like any other smartphone. ATAP plans to add LTE support in the next Spiral later this year. 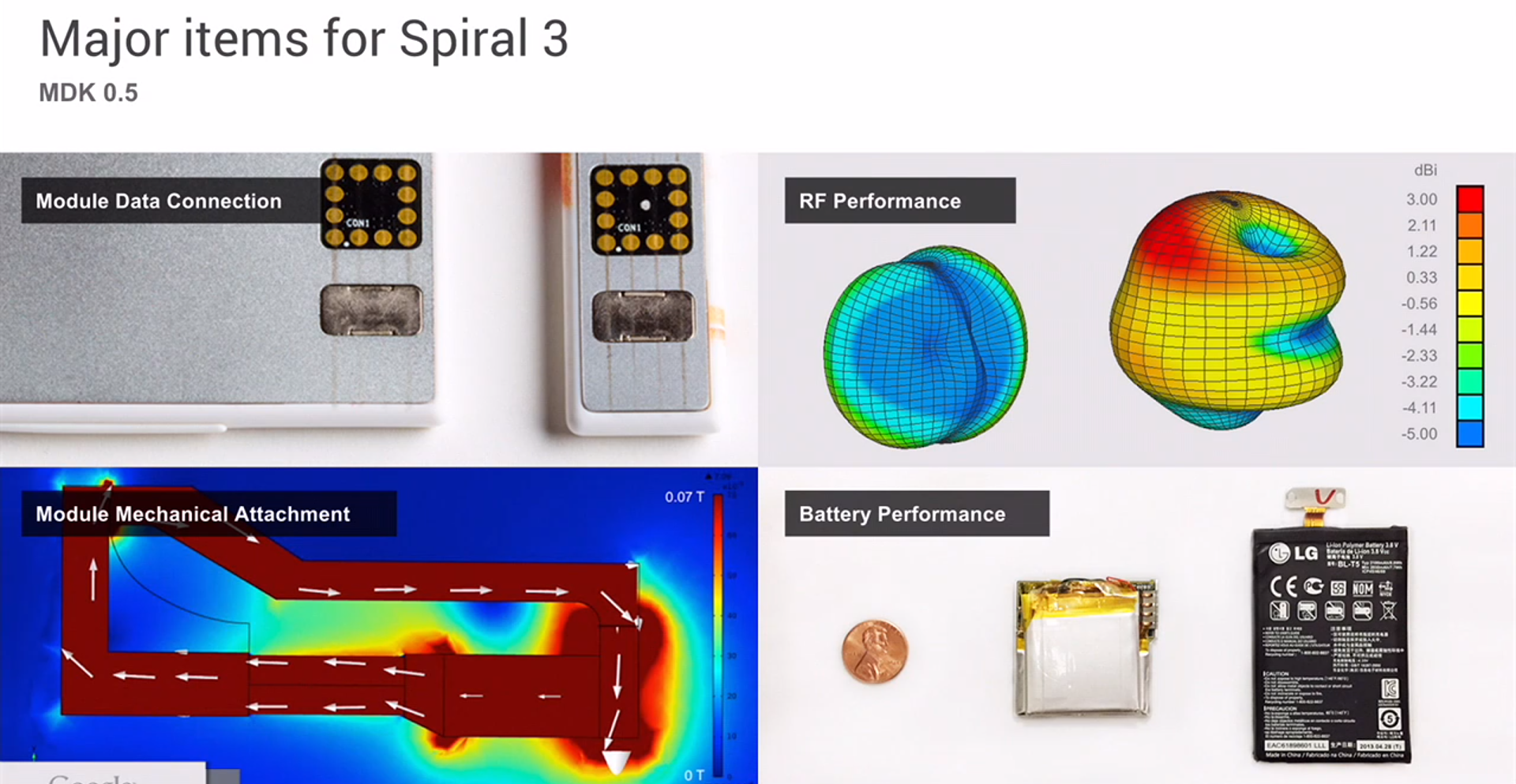 The next MDK stage will also focus on improving battery performance as well as RF diversity across modules, which should allow for stronger signals across different cellular bands. The current design silos the RF antennas to individual modules, which is not efficient.

Eventually, Google plans to allow for hot-swapping of modules without turning off the device. It has no plans to open the design of the endo itself to hardware developers, but says that eventually it may license the design to allow for bigger or smaller bodies (with greater or fewer modules) with rigorous quality control.

Google is making the latest MDK software available for download today, and says that the repos for various Android integration will be rolling out in the coming days.