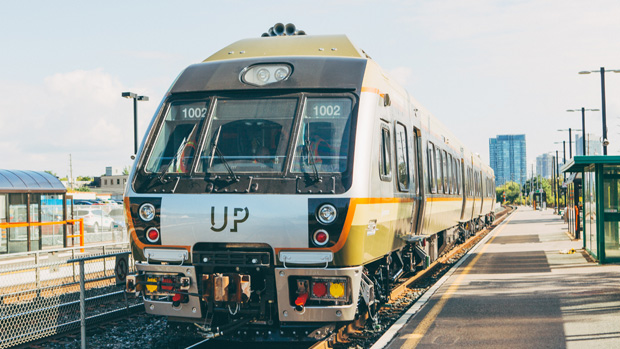 Toronto will be home to the PanAm Games next year, and street traffic will surely be a mess. One of the upcoming solutions to remedy congestion is the Union Pearson Express, a rapid train that will take 25 minutes to connect Toronto Pearson International Airport to Union Station.

The buildout is expected to cost $456-million and when completed will run every 15 minutes. Passengers onboard will have WiFi access and be able to view their up-to-date flight information. Additional details have been announced from a mobile perspective as New York-based Bytemark has been awarded the contract to produce the mobile ticketing solution.

The company states that riders will need to download a free mobile app that will give them the option to pay for rail tickets online, or directly from their smartphone where a QR code will be generated. Tickets will not need to be purchased beforehand as customers will apparently have the option to purchase while onboard the train.

It’s estimated that 5,000 daily travelers will use the Union Pearson Express when the train goes live in 2015.