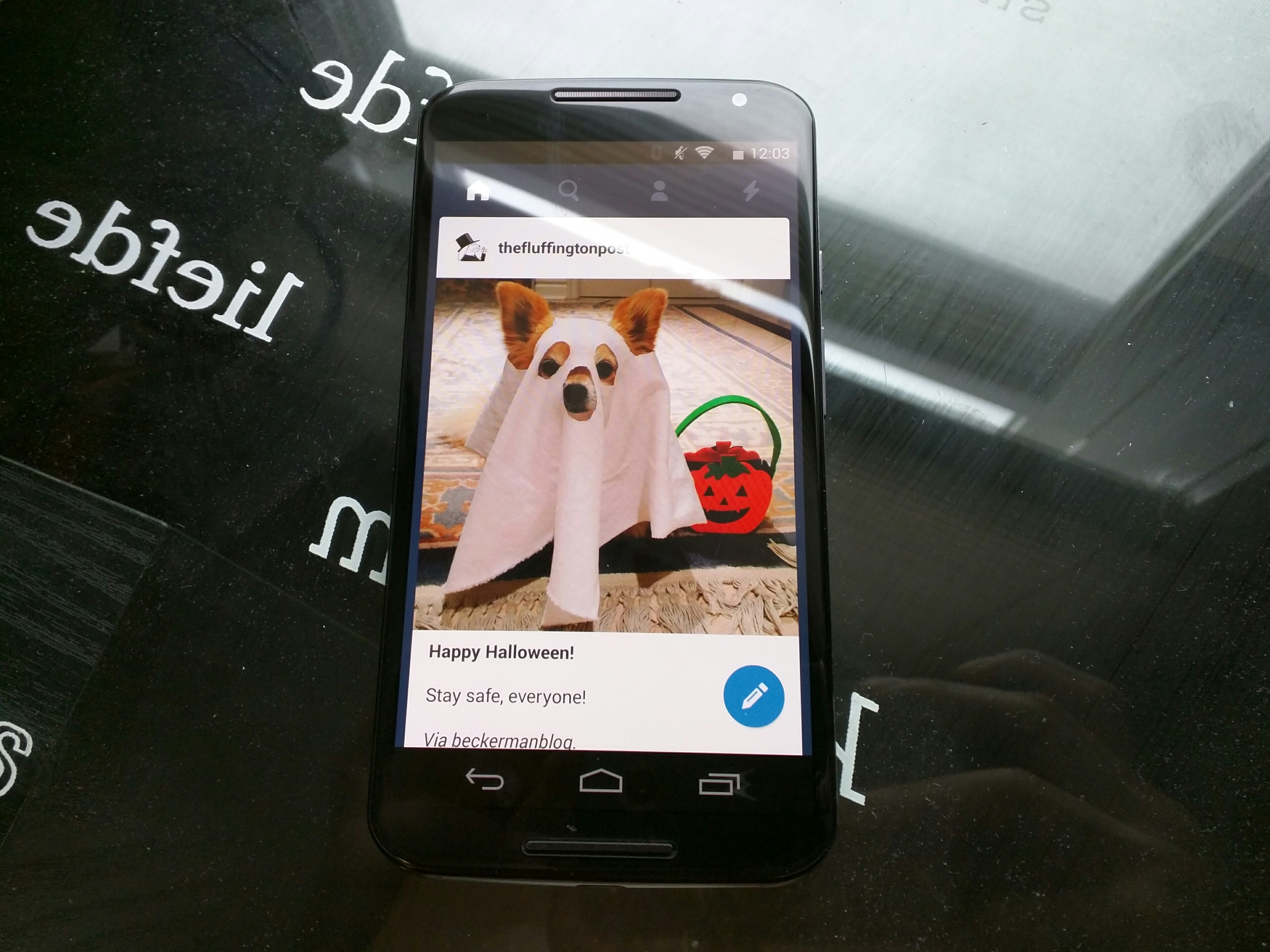 Seriously, what is it about Tumblr engineers? For the past two years, Tumblr’s Director of Mobile, Chris Haseman has keynoted at AndroidTO, merging keen insights with a charming wit. This year, Kevin Grant, Tumblr’s lead Android Design Engineer, took Haseman’s place, challenging a packed AndroidTO crowd to think beyond Material Design when building Android apps.

Knocked on our heels by the presentation, We were eager to sit down with Kevin and talk more about his evolving thoughts on mobile design, and just how useful Material Design will be for Android.

I think with the release of Lollipop, there’s been a lot of excitement around Material Design and how it will look on mobile. But it’s interesting that your talk was really about challenging developers to take a step beyond that.

So what Material Design has done is formalized these and said, ‘these are good ideas’, validating that sort of design approach.

Like codifying the best Android designers work into one thing for all designers.

In your session, you talked about the tension between designers wanting to go beyond Material Design as a baseline, and the fact that innovative design takes a lot of sweat equity with the result being that people might hate the risks that you’re taking. How does Tumblr balance the need to keep pushing forward with the work that’s required?

So it’s easy to fall into this trap where we’re only building things that already exist. And so it’s important to separate yourself and do something unique, identify those key parts of your product, and try to innovate and do something special. Because that’s how users are going to notice where you spent your time, and that’s how users are going to know your product is different from every product out there.

“We’ll sometimes implement less than optimal engineering solutions so we can achieve a beautiful product.”

The key thing for us is definitely our post types, and those post types exist in our compose button, right on the main screen with an animation that has evolved over the years.

Posting is always integral with Tumblr, and it’s always letting you know ‘hey, this is a community that you can contribute to. And these buttons, to contribute to it, are right here.’ They’re easy, quick to access, fun, and playful to represent the community that Tumblr represents.

You also talked about changing from being the kind of designer who always followed the design guidelines to opening up. Can you talk more about the moment of realization that lead to that change?

[At this point, Kevin relates a hilarious, but long story of when he was asked to rebuild Tumblr’s search bar over the course of multiple days in order to move it a mere ten pixels higher. – Ed. ]

It was at that point that I realized there’s a grander vision. Designers often have this grander vision, and it’s part of my job as an engineer to help fulfill that vision in every way possible. Sometimes it may seem frustrating or pointless to me, but the end result is actually a far better and more beautiful product, and it’s crafted in a way that a lot of users might not notice, but it has an expert level of craftsmanship that helps make the app feel complete and whole.

I think where a lot of engineers and designers get stuck when they build things from their perspective rather than the user’s perspective. So you obviously architected that search bar previously in a way that made sense for what you needed to do rather than what the search bar needed to be, which makes your point during the session about empathy all that more important.

It’s the most important quality, I think, of designers in general, especially with product designers, because they’re building it for people who don’t always know what the product is. Your users don’t automatically know what you’re trying to tell them, and if they don’t get it, it’s not their fault. If you come to Tumblr and you don’t understand what a blog is, that means that we have failed you, it’s not because you’re dumb. It means that we have done a poor job of explaining what a blog is.

You have to be constantly empathetic to your users because when you implement a core feature, of course you get it, because you understand your whole product portfolio. When people file bug reports against this thing that’s ‘not working’, you have to understand that it’s not their fault that they don’t get it, it’s your fault for not explaining it to them. If you want to expect any sort of traction or user base, you need to be empathetic to your users from pro level to beginner level. And that’s really hard sometimes.