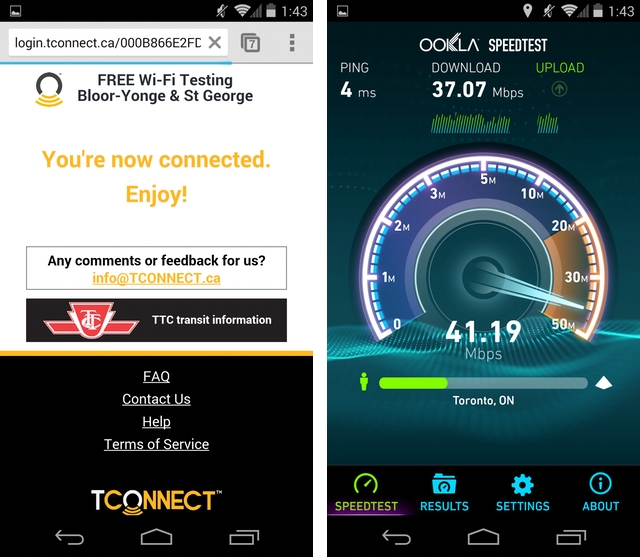 BAI will bring bringing WiFi and cellular to all subway stations within four years, but it now seems the next phase of the WiFi buildout has started. Signs have been pasted on the platform of Dundas Station, one of the busiest throughways in the heart of Toronto. The notice states that WiFi installation will approximately take three months to complete with October 15th as an end goal. 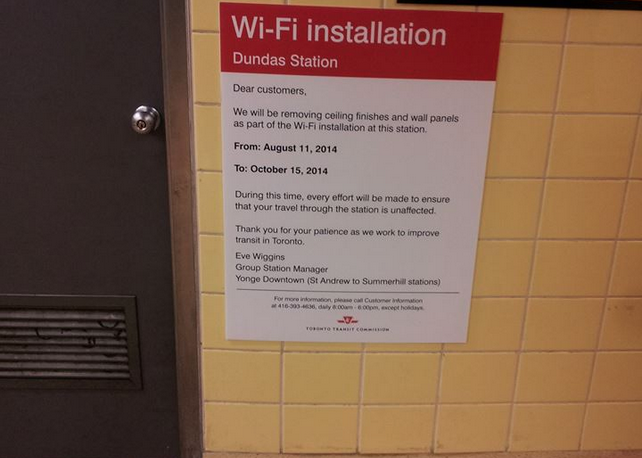 BAI Canada’s CEO, Ken Ranger, during a June interview, said, “We’ve had an amazing response… [Since launching in December] there have been 170,000 unique devices connected to the network, with 1.5 million sessions.”

The same signs have been seen at Bay station, too.