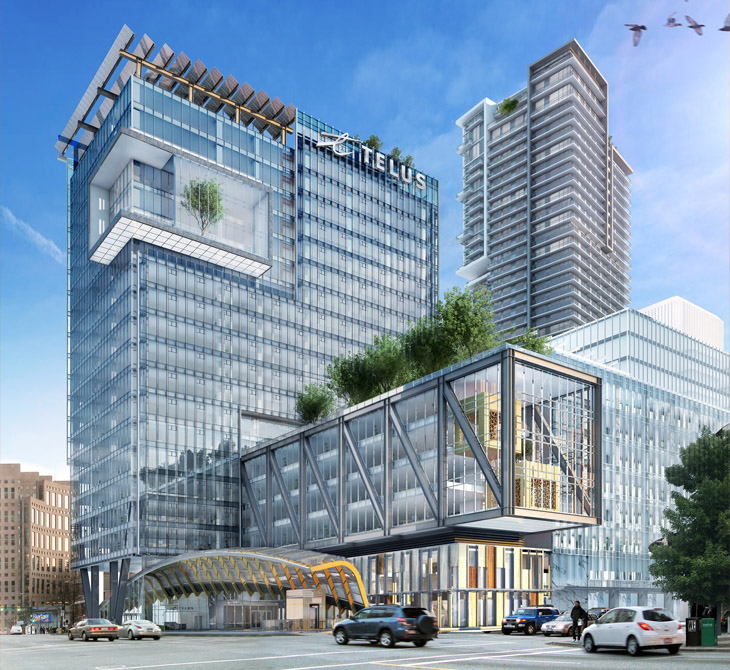 TELUS’ head office is located in beautiful British Columbia and the company is certainly giving where they live. Canada’s second largest wireless carrier announced today that it will invest a whopping “$1.6 billion in 2015 and 2016.” This is in addition to their previous commitment of $1.2 billion planned for B.C. this year, which brings the total to $2.8 billion.

The money will head straight into projects that will “build infrastructure, expand urban & rural Internet connectivity and capacity, and bring the world’s fastest wireless technology to more B.C. communities.” Specifically, TELUS will “rapidly” deploy the 700MHz spectrum they purchased in the latest wireless auction (they paid $1.1 billion for 31 licenses). TELUS will also build-out Optik TV, expanding the reach of TELUS’ healthcare solutions, and complete the new the new office/condo called TELUS Garden.

Outgoing President and CEO Darren Entwistle stated that “TELUS is proud to invest $2.8 billion in leading-edge broadband technologies through 2016 to ensure British Columbia continues to be one of the most connected places anywhere in the world. By the end of 2016, TELUS’ investment in operations, infrastructure and technology across B.C. since 2000 will exceed $40 billion.”