The future of home automation is an app — or three 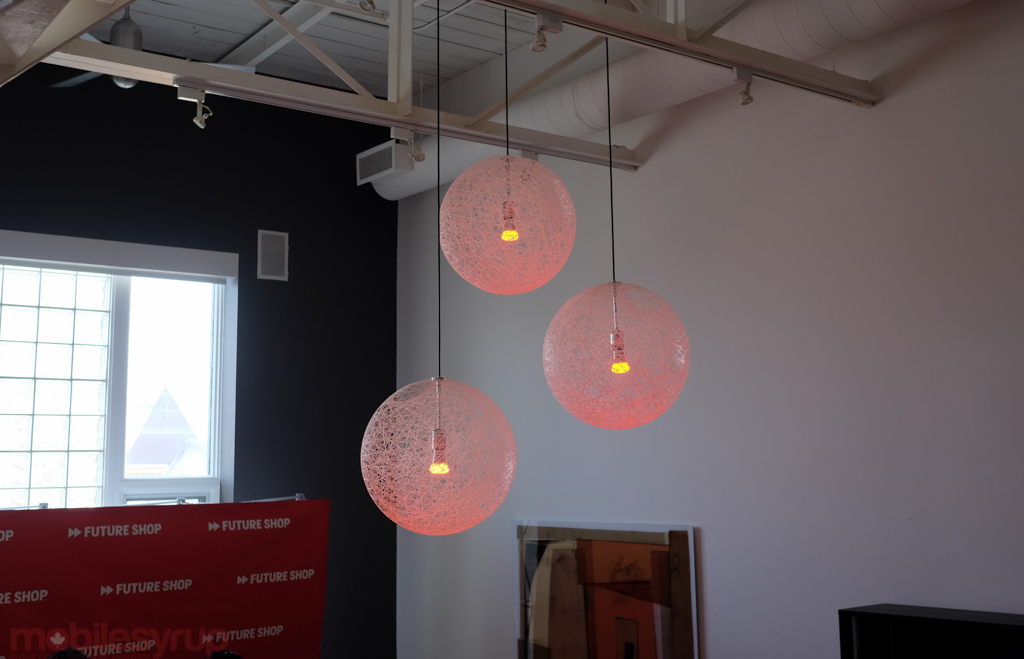 The future of home automation is a red light bulb — no, now it’s blue — and a Bluetooth-enabled front door lock. It’s a light switch that connects to WiFi that automatically turns on when the sun goes down, and a baby monitor that sings recorded lullabies to lull the little one to sleep.

At an event in Toronto last week, Future Shop’s ConnectPro team attempted to prove that combining a series of disparate products to create a connected home is not only possible but affordable. Representatives from D-Link, Belkin, Chamberlain and Weiser Kevo were on hand, alongside demos from companies like Nest and Philips, to show off the relative ease at which a home or apartment can be outfitted with a number of smartphone-connected home automation products.

The “internet of things” is a generalized classification of sensor-laden products that either talk to you, the user, or to one another. Most users may only know of a few of the bigger names — Nest’s Learning Thermostat ($249.99) and Philips’s Hue light bulbs ($129.99) come to mind — but there are a growing number of inexpensive devices that can all be controlled through one, or a small number, of smartphone apps. 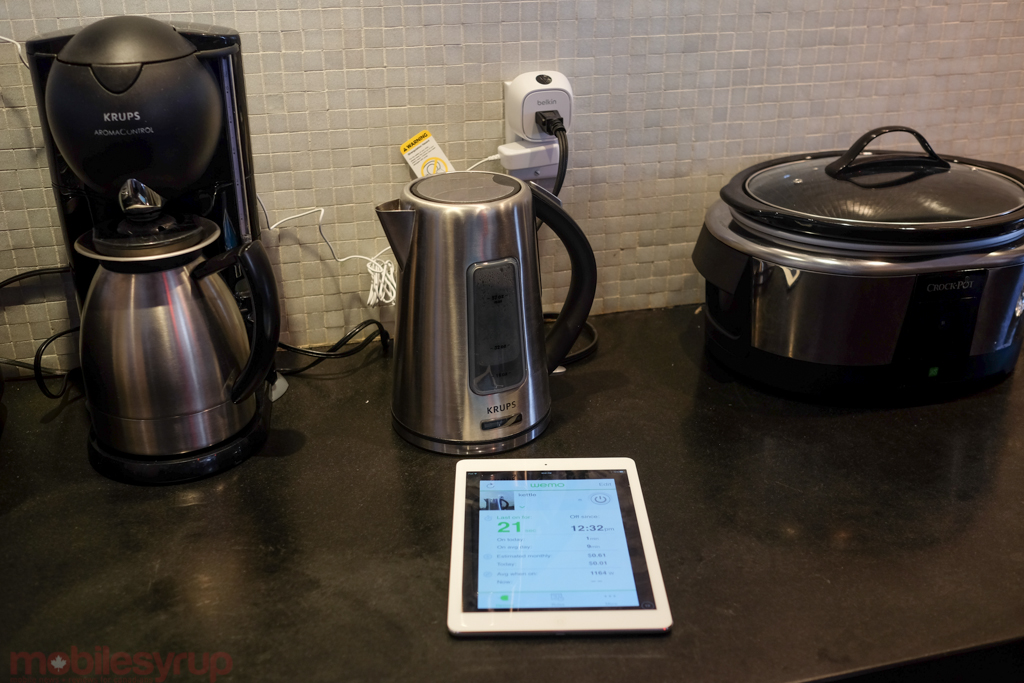 Though ostensibly created to show off the versatility of the smart home idea, Future Shop’s Smart Home, a device-saturated loft located in downtown Toronto, did not impose its technology on visitors. A kettle connected to a WiFi-connected WeMo Insight plug ($59.99) was stationed next to an iPad displaying six devices, from extensive light switches ($49.99) to networked HD video cameras ($129.99), each of which controllable with a single tap.

The Belkin ecosystem is one of the most diverse in the business, and employs a series of app-based rules to extend functionality. For example, the WeMo Switch comes with a motion detector that can be placed by the front door, allowing homeowners to create a rule that turns on all the lights connected to the Light Switch. Later this summer, Belkin will be coming out with its own set of WiFi-connected light bulbs to take on Philips’s Hue product, too. 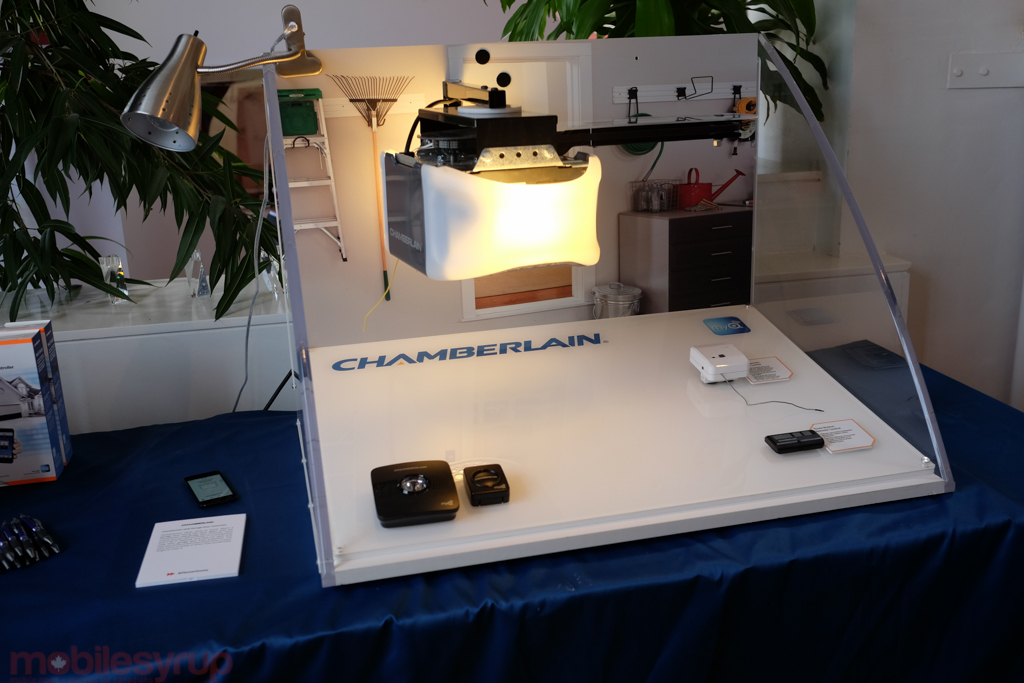 We were taken around to the different stations to see what each company had to offer, but only after demoing Weiser Kevo’s $249.99 Bluetooth deadbolt lock. The system replaces a regular deadbolt at a front or back door and uses Bluetooth to unlock the device, even when in a pocket. The system works well, and while quite chunky it posits a future where keys are virtual and smartphones are conduits to access. (Of course, the company is aware that a stolen smartphone quickly becomes immediately more valuable than a stolen key, and makes it easy to remotely erase access via another device or PC.)

From ambient lighting to suit your mood, to intelligent air and heating controls, the Hue and Nest were the most impressive of the bunch, likely because they solve specific problems very well. Nest’s learning capabilities make it easy for a homeowner to set temperature expectations and return from vacation to a temperate climate without wasting energy in the interim.

D-Link showed off its outdoor HD wireless security camera ($199.99) that pairs a rugged, weatherproof body with a 720p camera and external storage capabilities, while Chamberlain’s MyQ garage door controller ($139.99) fits onto any mechanism from the mid-90’s onwards and creates a smartphone-enabled garage. 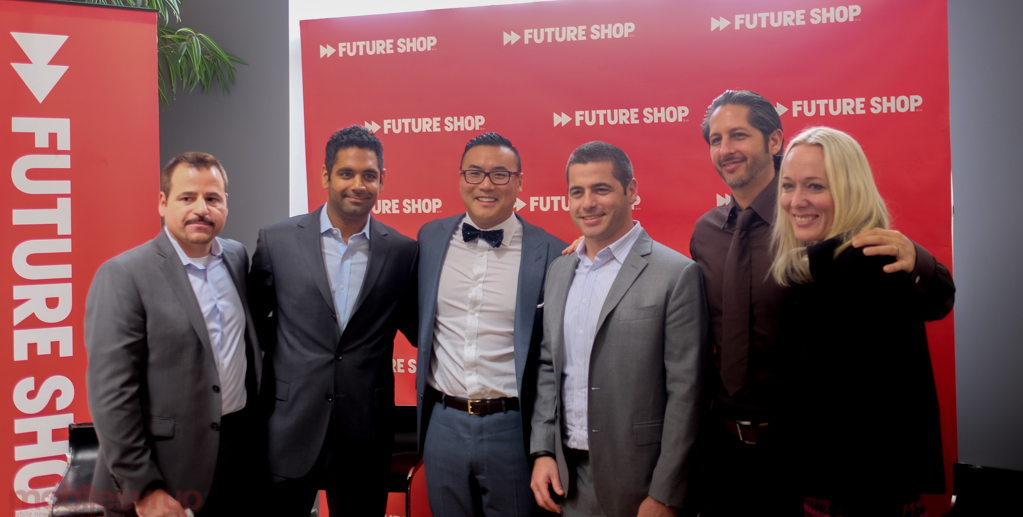 All of these products were relatively impressive on their own, but together they cohered into an ecosystem of sorts. The problem, though, at least at this point, is that none of these systems talk to one another. Each company has its own app for controlling their products, and standards, while being created, are not yet ready. Some companies, like D-Link, have developed APIs that will allow third-party developers to integrate or consolidate certain functionality into their own apps, but unless all manufacturers do this, users will still be tasked with opening up multiple apps to get things done.

And then there’s the question of need: at this point, it’s nice to have a WiFi-enabled light switch, or a Bluetooth-connected deadbolt, but the convenience factor rarely outweighs the cost. Belkin’s notion of offering small, individual connected components at entry-level costs appears to be working — the WeMo brand is doing well, and growing quickly — but users have taken most easily to components, like Nest or Hue, that save them money.

The internet of things is growing quickly, but it’s still a disjointed, intimidating prospect. Future Shop obviously wants to be the contractor of sorts, ready to advise and install whenever necessary, but that adds cost to a modular ecosystem that purports to be do-it-yourself friendly. 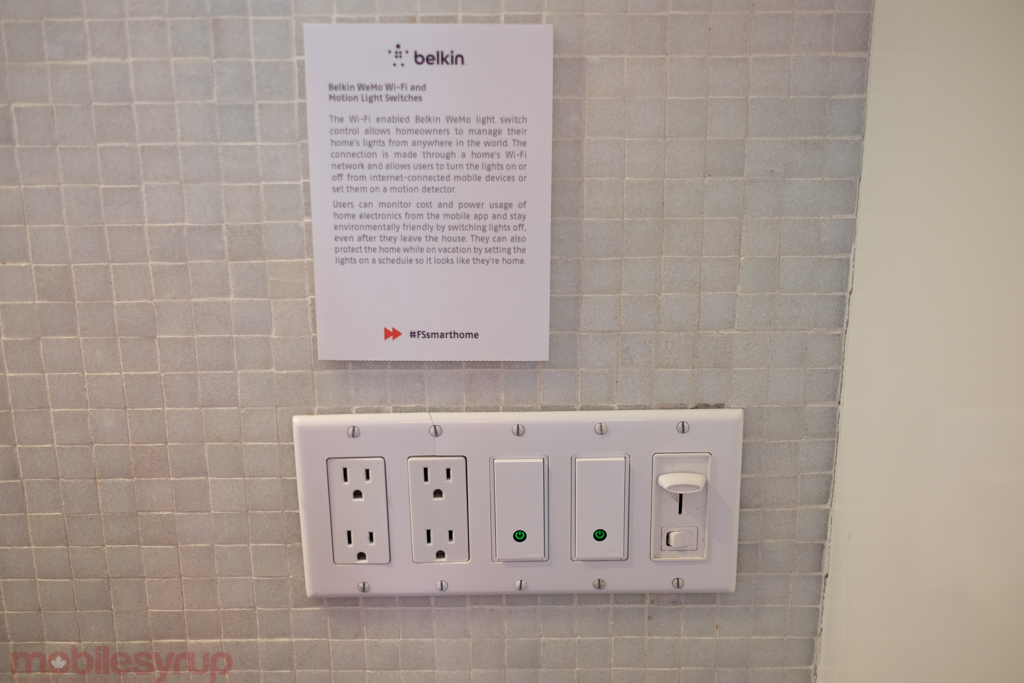 And with all of these products relying on strong WiFi signals, the least sexy, and most important, aspect of your home’s technological centre is still the router powered by a reliable internet connection.

There are few parts of life the smartphone hasn’t yet disrupted, but the connected home, with its literal nuts and bolts, may require more than the word “connected” in front of the appliances were rely on every day to be truly essential in the home.