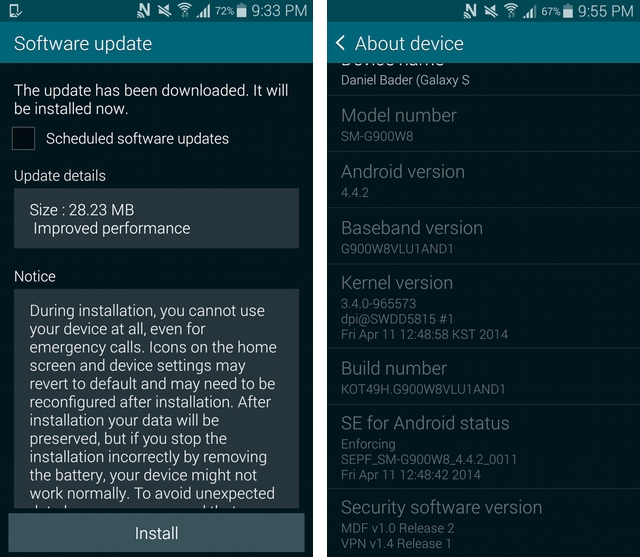 Samsung’s Galaxy S5 has only been on sale for about a week, but the company has already issued its first update.

Still based on Android 4.4.2, build G900W8VLU1AND is a 28MB update that offers “improved performance,” which is the most generic of changelogs we’ve seen. The build was created on April 11th, as opposed to March 10th for the shipping versions of the device, so expect quite a few bug fixes and other nips and tucks along the seams of TouchWIZ. We received it on our Rogers-locked demo units, but it should be available to all carrier-sold Galaxy S5’s.

If you notice any specific changes to the OS, let us know in the comments.