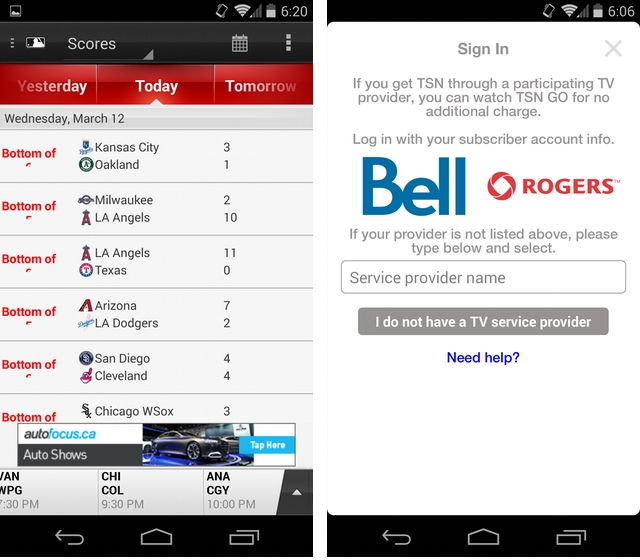 Bell’s TSN app has been updated to support live streaming of TSN and TSN 2 for existing cable subscribers on Bell or Rogers.

The company updated both its Android and iOS apps this week, renaming the product TSN GO, adding to the existing retinue of on-demand CFL, EPL and NHL content across both channels and digital. At its core, TSN GO is still a data app, offering live and archived sports scores and headlines.

To say that the app is rough around the edges is putting it mildly: the iOS version still sports an iOS 6 design, which is looking increasingly antiquated; the Android version scrolls and stutters like a web view, and doesn’t support tablets, though the company says it will soon.

The main attraction here is that TSN and TSN 2 is now free to stream over cellular and WiFi for existing Rogers or Bell customers, something the far-better theScore app cannot offer. Shaw and TELUS customers are out of luck for now, but TSN says it is actively adding new broadcast partners.

Below is a list of all the live programming offered: 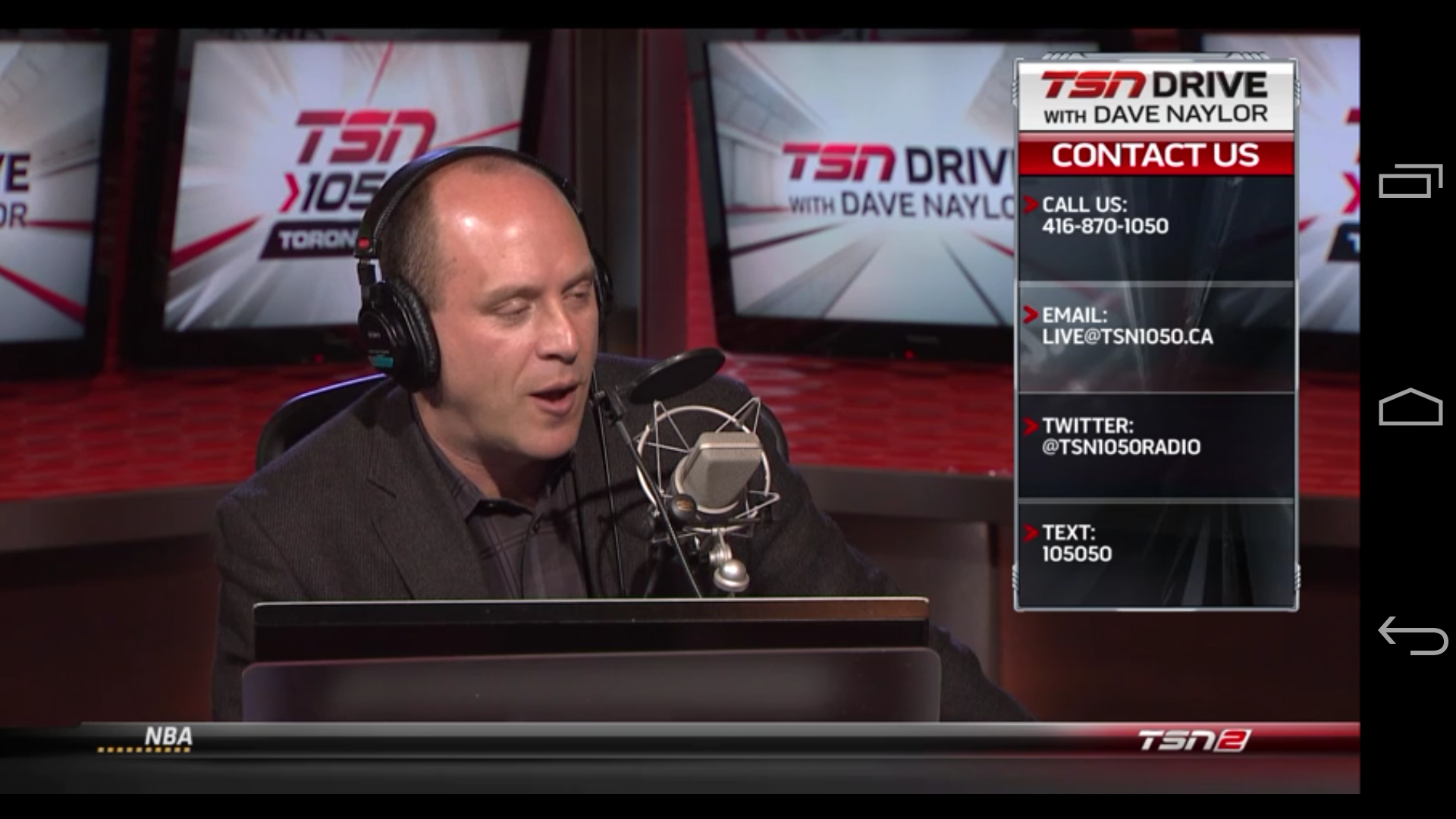