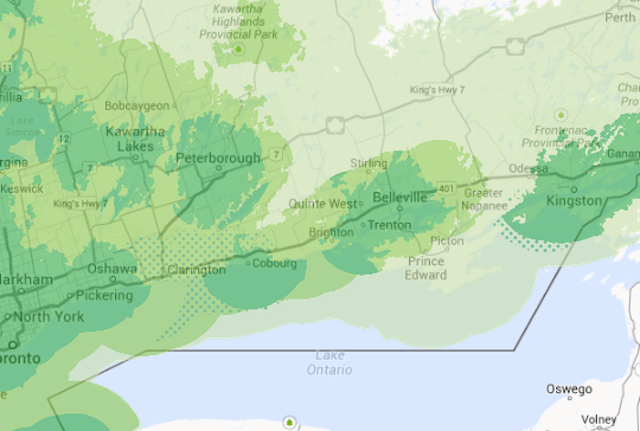 Citizens of Cobourg and Port Hope, two communities off Hwy 401 east of Oshawa, now have another LTE option.

TELUS has launched 4G LTE speeds in those two regions, bringing their total coverage up to 80% of the Canadian population. During the company’s Q3 earnings report earlier this month, TELUS claimed to cover 79% of the population with LTE which, according to Darryl Hutton, TELUS director of sales, totals more than 28 million Canadians.

Slowly but surely, LTE is matching HSPA+ for coverage.