Apple’s newest iPad is now on sale via the Apple Online Store. Currently all versions show it’ll be “Available to ship: Within 24 hours.” Here are the Canadian prices for the iPad Air Wifi, and the iPad Air WiFi + Cellular (TELUS, Rogers, Bell)

Have a look at our new iPad breakdown here.

Physical retail locations, including the Apple Store and big box outlets will open at 8:00am. In addition, Rogers, Bell and TELUS will also have the new iPad Air available for sale today.

Update: TELUS is now taking online orders for the iPad Air (16GB and 32GB). In addition, “until January 2, 2014, customers can also get a $100 trade-in credit when they bring in their old tablet and upgrade to a new iPad Air or any another tablet at TELUS. The credit can be used toward the activation or renewal of a tablet or tablet accessory.”

Update #2 – 8:00am: The Canadian flagship Apple Retail Store is now open for business in Toronto. About 200 people were in line. 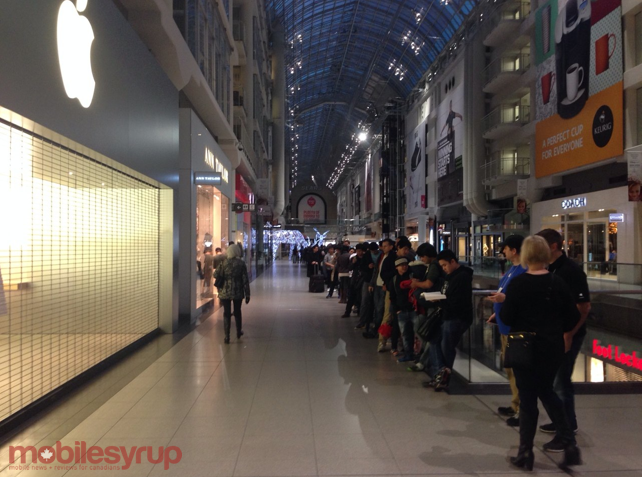 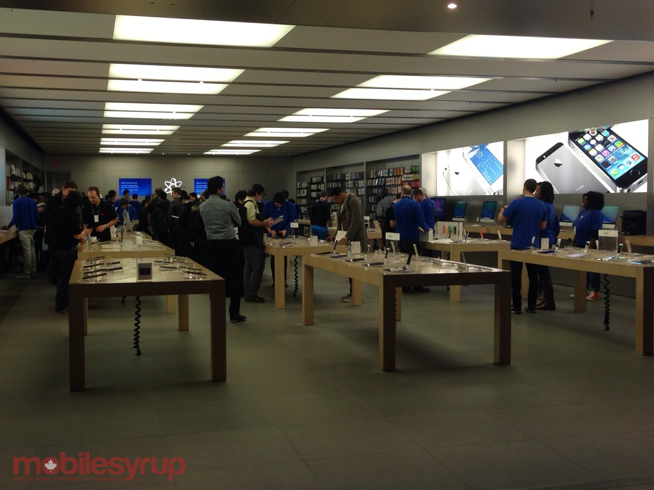