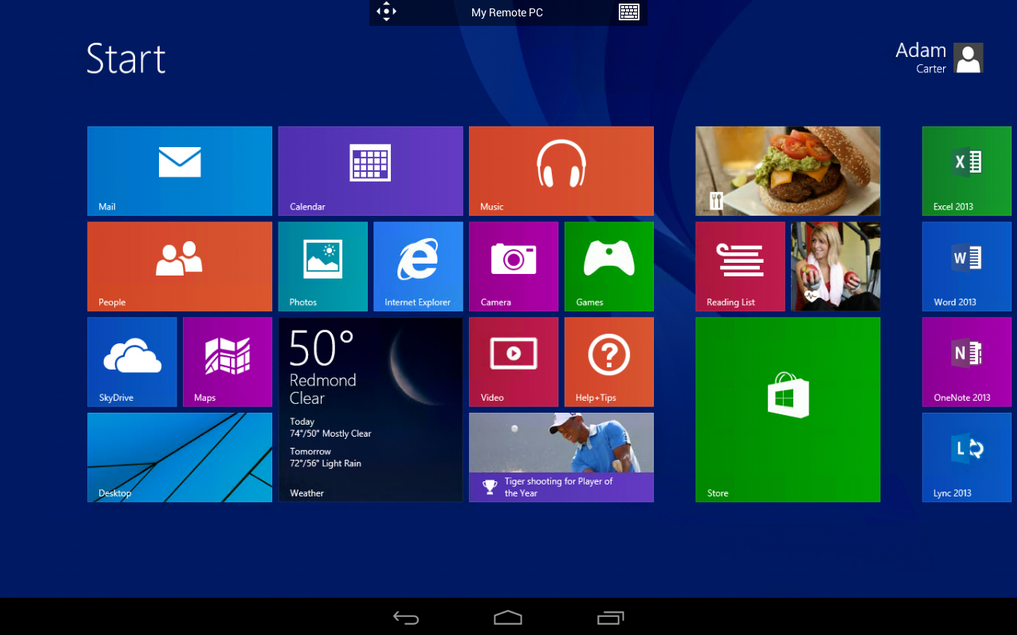 Coinciding with the release of Windows 8.1, Microsoft has unveiled Remote Desktop apps for iOS and Android.

RDM has long been a way for users to remotely access Windows desktops, whether from another computer or a mobile device. While this is Microsoft’s first foray into official iOS and Android apps for the service, other solutions from large companies like Citrix and Splashtop have adequately filled the gap for years.

What Microsoft’s version has going for it is its price — free — and its official support of Windows 8.1, which is rolling out now. The app also supports Network Layer Authentication (NLA) which, according to Microsoft, “completes user authentication before you establish a remote desktop connection and the logon screen appears. This is a more secure authentication method that can help protect the remote computer from malicious users and malicious software.”

The app is a bit rough around the edges, according to initial reviews, lacking pinch-to-zoom and multiple desktop size support. In other words, you’ll be doing a lot of scrolling if your computer’s native resolution is much higher than your phone’s or tablet’s. Of course, you’ll have to install the host software on that PC in the first place, so the solution isn’t quite plug-and-play.

At the end of the day, Microsoft isn’t trying to beat the competition here, but rather offer a decent no-cost alternative to the established market leaders.

Update: According to a post on The Next Web, Microsoft is also working on bringing a Remote Desktop app to Windows Phone. A statement by a Microsoft rep stated, “Remote desktop on phones is a relatively rare usage scenario. That said, we are working on a version of the app for Windows Phone. We’ll be able to share timeframe at a later point in time.”