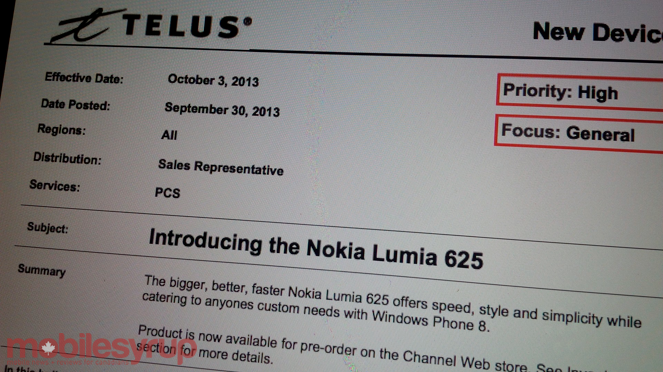 TELUS previously communicated that the entry-level Nokia Lumia 625 would arrive on their lineup a few weeks ago. Those who are interested in grabbing this Windows Phone 8 device can confidently mark October 3rd off on their calendars.

Update: The entry-level Nokia Lumia 625 is now available at TELUS. As expected, the no-term price is $300 and the 2-year is set at $0. Respectable pricing for the specs. More here at TELUS