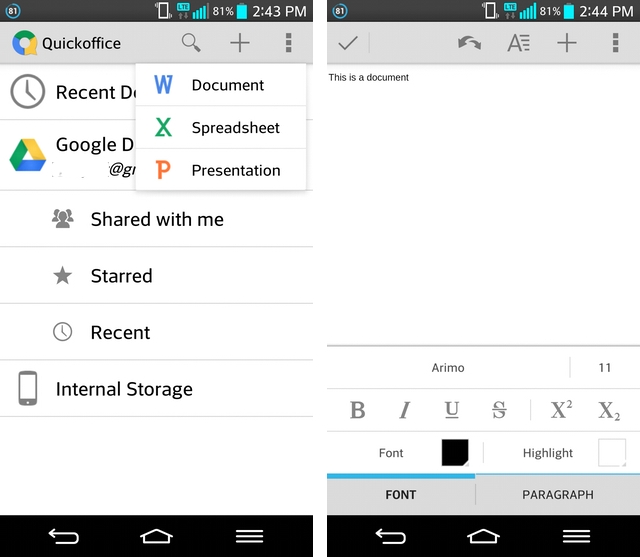 Google has matched Apple’s promise to provide a free suite of productivity apps for its mobile operating system, but in a way has done one better by offering it on both iOS and Android.

Google purchased the company behind Quickoffice in 2012 and subsequently discounted it for both platforms, but today they are making it available for free along with an overhauled look and Google Drive integration.

The app is slightly more capable for document editing than Google Docs itself, and provides full access to Microsoft’s Office suite, including Word, Excel and Powerpoint. The iOS app is also now universal, capable of being used on iPhone and iPad.

The company is also giving 10GB of free Drive storage for two years for users who sign into a Google account before September 26th. Pretty fantastic stuff.