Sony to bring the Xperia Z Ultra to Canada in October 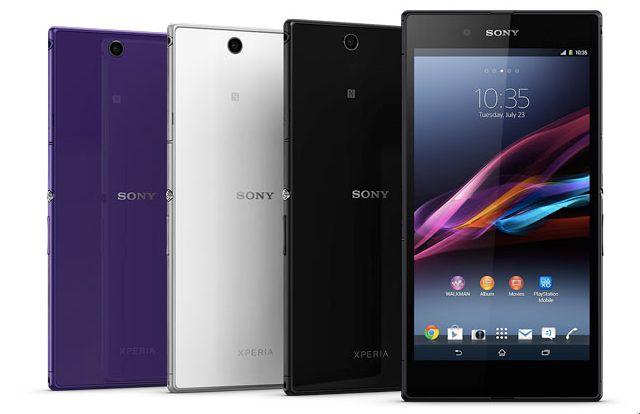 Update: We’ve been informed that the Xperia Z Ultra will only be coming to Canada in Black. There’s potential other colours will become available, but for launch it’ll be black. – ^IH

It may not be the company’s newest device, but Sony is officially bringing the 6.4-inch Xperia Z Ultra smartphone/tablet combo to Canada in October.

Though no other details were given, it can be assumed based on the press photo the device will be available in black, white and Sony’s increasingly ubiquitous shade of purple. Straddling the definition of a smartphone, Sony managed to suck in the guts of the Ultra as much as possible, slimming it down to 6.5mm like a metal-and-glass pancake. It sports a 1080p Triluminos display, along with a Snapdragon 800 processor, 2GB of RAM, an 8MP Exmor RS camera sensor (sans flash, unfortunately) and Sony’s large screen-optimized Android 4.2.2 skin.

With the North American market’s insatiable appetite for large devices going unabated, Sony aims to bring the hybrid category into the high-end. Samsung is already doing this in both the mid-range and flagship with its Galaxy Mega and Note series respectively, but Sony has reportedly made a splash in international markets with the Ultra, so we look forward to trying it ourselves.

No word on a specific release date, pricing or partner carriers, but we’ll update you as soon as we know.