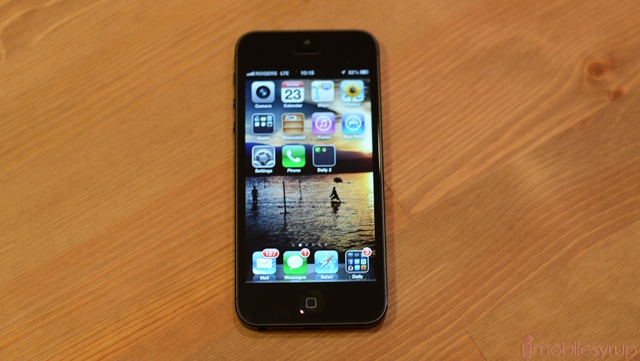 With Apple’s iRadio rumoured to launched on Monday — the one label holdout, Sony, has just signed on — the era of streaming audio may be about to rise. Indeed, while Deezer boasts four million paid users and Spotify seven, and Pandora’s ad-based model a worthy disruptive vehicle, it will likely take until the launch of Apple’s streaming music service for the idea to take hold in the mainstream.

I haven’t purchased music, physical or digital, in a long time. Since beginning to use Rdio, which for $9.99 per month lets you listen to most new music a la carte on- and offline, I haven’t felt the need to. Apple must surely have been feeling this pressure, as rumours of a streaming music service from the iTunes creator have been around for nearly six years.

It appears that iRadio, or whatever it will be called, is real, and is coming on Monday when Apple holds a keynote at its annual Worldwide Developer Conference in San Francisco. At stake is the potential loss of millions of revenue dollars as users increasingly feel more comfortable owning less music. The prospect of Apple giving up its pay-per-song model is a nonstarter, so iRadio will have to coexist in its ecosystem as a vehicle to the real moneymaker; streaming music nets the host, and more importantly the artist, very little in licensing fees.

Google recently launched its Play Music All Access streaming service last month, but like most of its content-related products it is currently limited to the United States. Apple’s influence with labels and content holders has often superseded geographical boundaries, as it offers music, movie, TV show and book downloads in more countries around the world than any other.

Aside from upstart 7Digital, iTunes is still one of the only places Canadian users can legally pay for digital music, so it’s likely that even if iRadio doesn’t come to Canada in its initial run, it will launch here eventually.

Apple is no stranger to coercing the labels to its side, either. iTunes Match gives users access to 25,000 songs from their own library on any iOS or OS X device, and will even provide original MP3s of better quality and with more complete metadata than the (likely illegal) ones in your repertoire. All this for $27.99/year. Except that iTunes Match doesn’t work very well, and iTunes as an ecosystem, even with the latest version 11 overhaul, is disastrously slow. Rdio on the other hand is a pleasure to work with across platforms, and despite their success with hardware, Apple will have a difficult time mirroring the user experience.

One area of concern, at least for those using Android phones in conjunction with an iPad, is that iRadio is unlikely to be available on any other platforms. Rdio, Spotify, Deezer — even Google Music — are, or will be, available on Android, iOS and even Windows Phone. Users entrenched in the Apple ecosystem won’t care, but it’s becoming necessary for service providers to bring their content to as many screens as possible.

So iRadio is coming, and it will probably launch on Monday. Don’t count on Canada being a priority, but we’ll likely gain access to the service eventually.