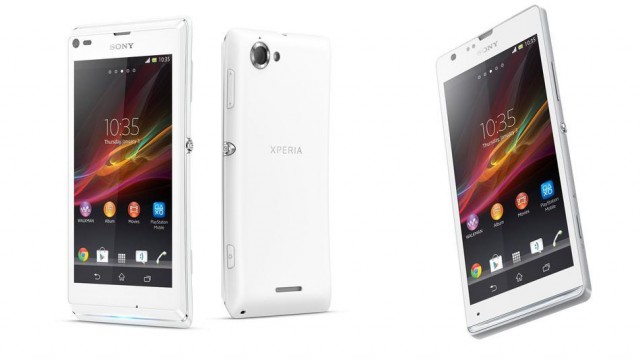 The Xperia SP is the most interesting of the new devices, with a 4.6-inch 720p display, Qualcomm’s Snapdragon dual-core MSM8960 SoC with a punchy Adreno 320 GPU, presumably 1GB RAM and 8-16GB internal storage, a 8MP Exmor R sensor on back, plus LTE support and an undisclosed battery size. There’s also a lovely aluminum frame and, like its Xperia S predecessor, a transparent “light bar” that doubles as a notifier. Like the Xperia P, the light bar can groove along to music, adapt to your phone’s colour scheme, and act generally as a luminous digital mood ring. There’s also a gorgeous easily-palmable design and that signature power key found on the Xperia Z and ZL.

We’ve seen the Xperia SP before in leaked photos, but the white version looks much more tasteful in official images. It’s worth noting that the device will have similar dimensions to the Xperia T, coming in around 150g and under 10mm thick. It will be available in black, white and red.

Sony’s second device to be announced today is the Xperia L, an entry-level 4.3-inch WVGA device with a 1Ghz dual-core Snapdragon S4 SoC, 1GB RAM, 8GB internal storage, an 8MP Exmor R lens with both HDR stills and video, a sizeable 1700mAh battery, NFC, a nice rounded body that harkens back to the Arc series, and the new distinctive Xperia power button.

No word on whether these devices are coming to Canada, but we wouldn’t be surprised to see both of them show up eventually, a couple months after the Xperia ZL perhaps. Bell is releasing the entry-level Xperia J in a couple of weeks, so we know that Sony is hastening to fill the market with its wares.

Both the Xperia SP and Xperia L will ship with Android 4.1.2 and promise to be upgraded to Android 4.2 at some point.