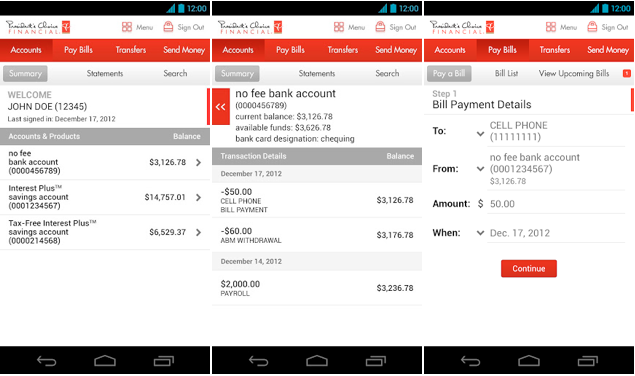 PC Financial is coming through for their customers. After being one of the last financial institutions to provide a mobile banking app they released an iOS app last December. Then a few weeks later they promised the same fortune to Android users, stating an app would be “coming in Spring 2013.”

Looks like the day has finally arrived as the “President’s Choice Financial Mobile Banking app for Android” is now available. The app is currently at version 1.2 and is available to any device running OS 1.6 and up. The features are similar to the iOS app (which was just updated) where you can check your account balance, pay bill, find ATMs, transfer money and view cheque images.

No word if PC will release a BlackBerry 10 or Windows Phone app.

Download PC Financial app here from Google Play, or the iOS here from iTunes
(Thanks Alex!)