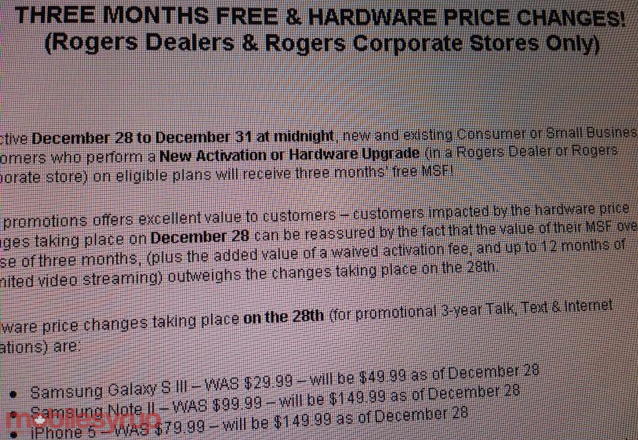 Carriers have massively reduced various flagship smartphones over the past month – some hitting as low as $0 on a 3-year (Galaxy S III, Optimus G, Note II, One X+). Now with the year coming to an end the big push for carriers to increase their subscriber numbers is on. Rogers wants to entice Canadians to hop on over to their stores as they are offering three free months of service, plus waiving the activation fee and ‘unlimited video streaming.’

According to the internal doc we received it seems this promo is valid until December 31st in “Rogers Dealers and Corporate Stores” for new customers and those who perform a hardware upgrade.