Huawei Ascend D2 smiles for the camera before CES announcement 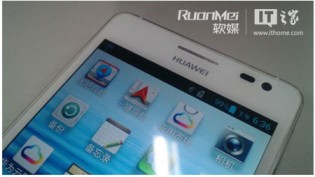 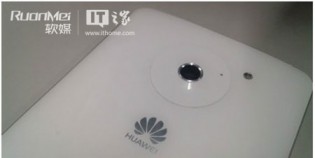 We know it’s coming — and in less than two weeks — but the 5-inch 1080p Huawei Ascend D2 looks to be adorned in a lovely shade of white on its way to the market.

The device, which has been previewed already, will come with the company’s newest-generation quad-core processor, 2GB RAM, a 13 MP camera, a 3000mAh battery and, presumably, Android 4.1 Jelly Bean. While Huawei has had trouble competing against the market incumbents like Samsung, HTC and Sony, it looks to be outfitting itself with a powerful arsenal of devices for the coming year. The company’s CEO recently showed off the 6.1-inch Ascend Mate phone/tablet which may also be at CES. 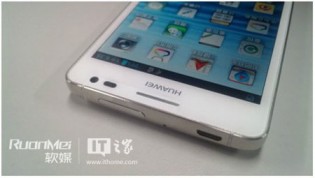 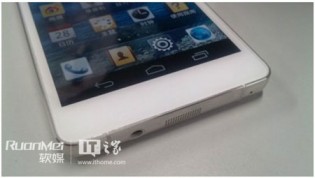 The Chinese manufacturer is becoming increasingly well-known in North America as it, as well as companies like ZTE and LG, realize that the key to a profitable smartphone business is improved margins. Long known as a low-cost reseller, often creating devices for others as HTC once did, Huawei is attempting to build up its name and reputation in markets in which people tend to spend hundreds of dollars for a phone, either by signing a contract or by purchasing it outright.

The company has found success in Canada by releasing powerful devices for less than the market leaders. For example, the Ascend D Quad XL on Wind Mobile is $499 outright, whereas the equivalent Samsung Galaxy S III sells for $150 more.

Next year will be one to remember: new entrants, both on the OEM and the carrier side, will continue to impact the market here and abroad. With foreign ownership restrictions loosening and the 700mhz spectrum auction set to make waves, Huawei hopes to ride the tallest ones to market share success.

Source: IT Home
Via: Android Central